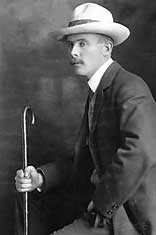 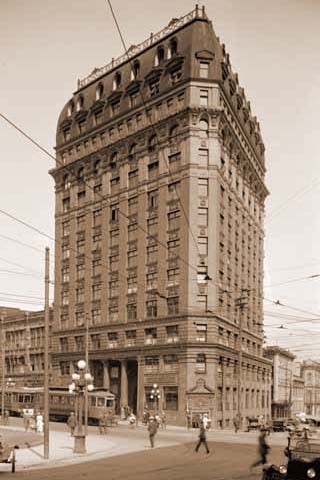 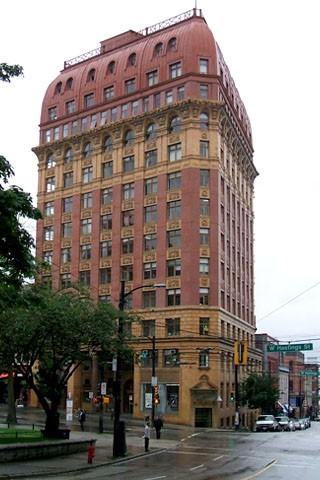 The Dominion Building, with its striking mansard roof and colourful terra-cotta exterior, is a landmark of the city’s old centre on Hastings Street. Vancouver’s first skyscraper, it was the tallest building in the British Empire when it opened in 1910, and a symbol of the city’s pre-war energy and prosperity

The Dominion Building was constructed by the Dominion Trust Company, with a large investment from Count Alvo von Alvensleben, who arrived in Vancouver in 1904 with hardly a dollar to his name. Rumours circulated that he had gambled away his inheritance, but once in Vancouver he soon made a fortune in real estate. He raced around the city in a chauffeured Packard – he drove, the chauffeur sat in the back – and owned a large house in Kerrisdale, staffed by 13 servants, where he and his wife entertained lavishly.

Then came the 1913 depression. Von Alvensleben’s fortune took a terrible hit, and the Dominion Trust Company went bankrupt. When the war followed, von Alvensleben lost almost everything. Suddenly he was an “enemy alien”; the federal government seized his assets and he was rumoured to be a German spy. Von Alvensleben went to Seattle to wait out the war but in 1917, when the Americans joined the conflict, he was interned. He never returned to live in Vancouver, but the Dominion Building remains as a reminder of one of the city’s more remarkable pre-war developers.