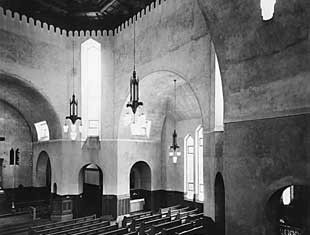 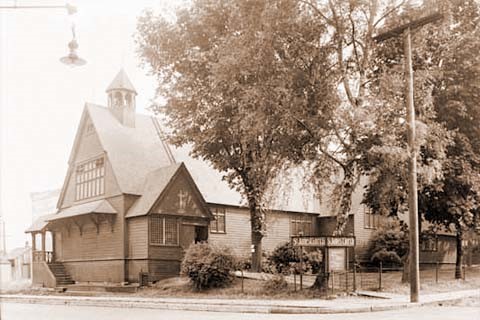 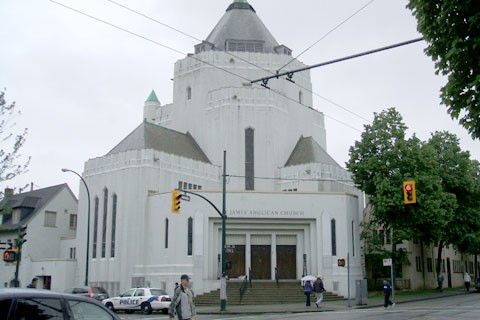 The first St. James Anglican was built in 1881 at Main and Alexander. Its congregation included many Native worshipers, who would land their canoes on the banks adjoining the church to attend the morning sermons. That first church building served the community until the Great Vancouver Fire of 1886. As flames raced up the wooden sidewalks, Father Fiennes-Clinton rang the church bell in warning. The building was quickly consumed, and the melted bell sits in the Vancouver Museum as a reminder of the conflagration.

St. James rebuilt in 1886, this time at the corner of Gore and Cordova. The second church was razed and replaced in 1936 by the remarkable structure that stands there today.

How did a ziggurat with a “Byzantine interior” (according to architectural historian Harold Kalman) come to be built in Vancouver? It seems that the architect, Adrian Scott, had just completed a cathedral in Cairo when he won the contract. The result is what the famed Canadian architect Arthur Erickson has called the best building in the city.