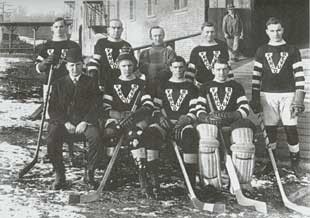 The 1915 Millionaires, in maroon jerseys with the Vancouver V. Cyclone Taylor is second from the left in the back row. 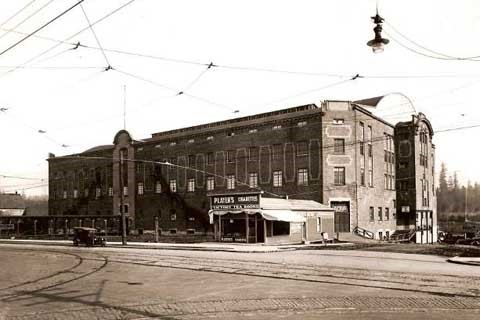 Denman Arena, on the corner of Denman and Georgia. 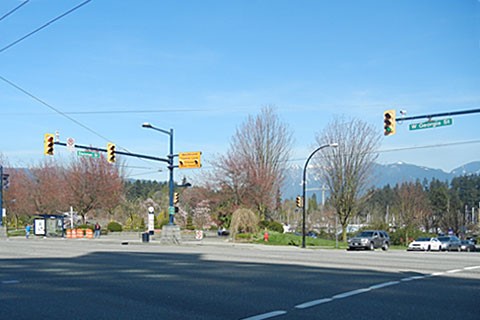 The northwest corner of Georgia and Denman, site of the old arena.

The Patrick brothers, Lester and Frank, had founded the league in 1911, and Frank played for, coached and managed the Vancouver Millionaires. The brothers knew that a competitive league couldn’t depend on local talent alone, so they recruited from the NHA. Vancouver’s biggest steal was to acquire Cyclone Taylor, who would star for the team for ten years and become a hockey legend.

The Millionaires faced the Ottawa Senators for the Cup. The best-of-five series was played in Vancouver’s Denman Arena, the first artificial ice surface in Canada and the largest indoor rink in the world. Led by Taylor and Patrick, the Millionaires swept the series and humiliated the Easterners with scores of 6-2, 8-3 and 12-3. Cyclone Taylor himself scored 6 goals in the three matches.

The Denman Arena burned down in 1936, and Vancouver has had a long wait for the Stanley Cup to return to the city. But maybe this year...