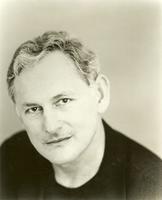 Victor Garber, actor, singer (born at London, Ont 16 Mar 1949). Victor Garber has been a mainstay of film and theatre since the age of 10, when he first was bitten by the acting bug and made an impression as Tom Sawyer at his local theatre, The Grand, in London. At age 15 he headed for Toronto, where he linked up with Toronto Workshop Productions under the direction of George Luscombe and supported himself with odd jobs. He came together with 3 other out-of-work singers to form the group Sugar Shoppe, which lasted 6 years. Then he landed the lead, as Jesus, in the Toronto production of Godspell in 1972, in a cast that included Martin Short and Andrea Martin. This led to the lead in the film version in 1973, and a move to New York City.

In New York he became a regular on and off Broadway, establishing a singing/acting career in such productions as Deathtrap, Sweeney Todd and They're Playing Our Song. Victor Garber has been nominated 4 times for a Tony Award, for Damn Yankees, Lend Me a Tenor, Deathtrap and Little Me. After nearly 20 years on stage he returned to film, with roles in Life with Mikey (1993), Sleepless in Seattle (1993), Atom Egoyan's Exotica (1994), The First Wives Club (1996) and Legally Blonde (2001). His most recognizable part came as the Titanic's designer Thomas Andrews in James Cameron's blockbuster Titanic (1997). Garber received a Screen Actors Guild nomination for that role. 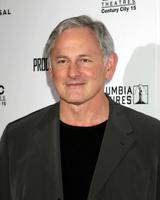 In Canada, Victor Garber has appeared in such made-for-television films as Grand Larceny (1991), The First Circle (1991), Dieppe (1994), and External Affairs (1999). He had a recurring role in the 1992-93 season of the series E.N.G. and made three appearances as Inspector Philip Millard in the television adaptations of the Joanne Kilbourn mysteries by Gail Bowen: Deadly Appearances (2000), Love and Murder (2000) and The Wandering Soul Murders (2001). He also had a recurring role in the popular US spy series Alias (2001-06), where he played Jack Bristow, the estranged father of lead actress Jennifer Garner, in all 105 episodes. His followup US series Justice (2006) did not fare as well and was cancelled before it completed its first season. 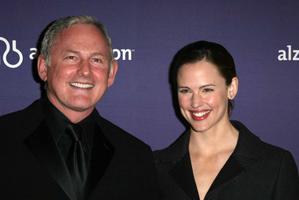 He appeared in the TV series ReGenesis and Ugly Betty in 2007, and as Mayor George Moscone in Milk (2008). He played businessman Jordan Wethersby in the series Eli Stone (2008-09), and also performed several songs for the soundtrack. In 2009 he was seen in the mini-series The Last Templar and appeared in Nurse Jackie and the popular Glee. In 2010 he took a recurring role in the Newfoundland-made series The Republic of Doyle and in 2011 he was seen in guest roles in 30 Rock, Law & Order Los Angeles and Flashpoint as well as taking the part of Kip Wallice in Web Therapy, with Lisa Kudrow. He played His Royal Highness Prince Charles in the made-for-TV movie William & Catherine: A Royal Romance (2011) and co-starred with Gabrielle Miller in The Guys Who Move Furniture (2012). As part of an ensemble cast, he played Canadian diplomat Ken Taylor in Argo (2012), a film about the escape of 6 Americans from Iran after a hostage-taking during the Iranian revolution. 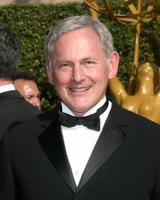 Victor Garber has been nominated for 6 Emmy Awards: three times for his work in Alias, for guest appearances in Will and Grace and Frasier, and for his performance as Judy Garland's third husband Sidney Luft in the made-for-television movie Life with Judy Garland: Me and My Shadows (2001), which was shot in Toronto. He has also been nominated for 3 Gemini Awards for his work in First Circle, Dieppe and External Affairs.