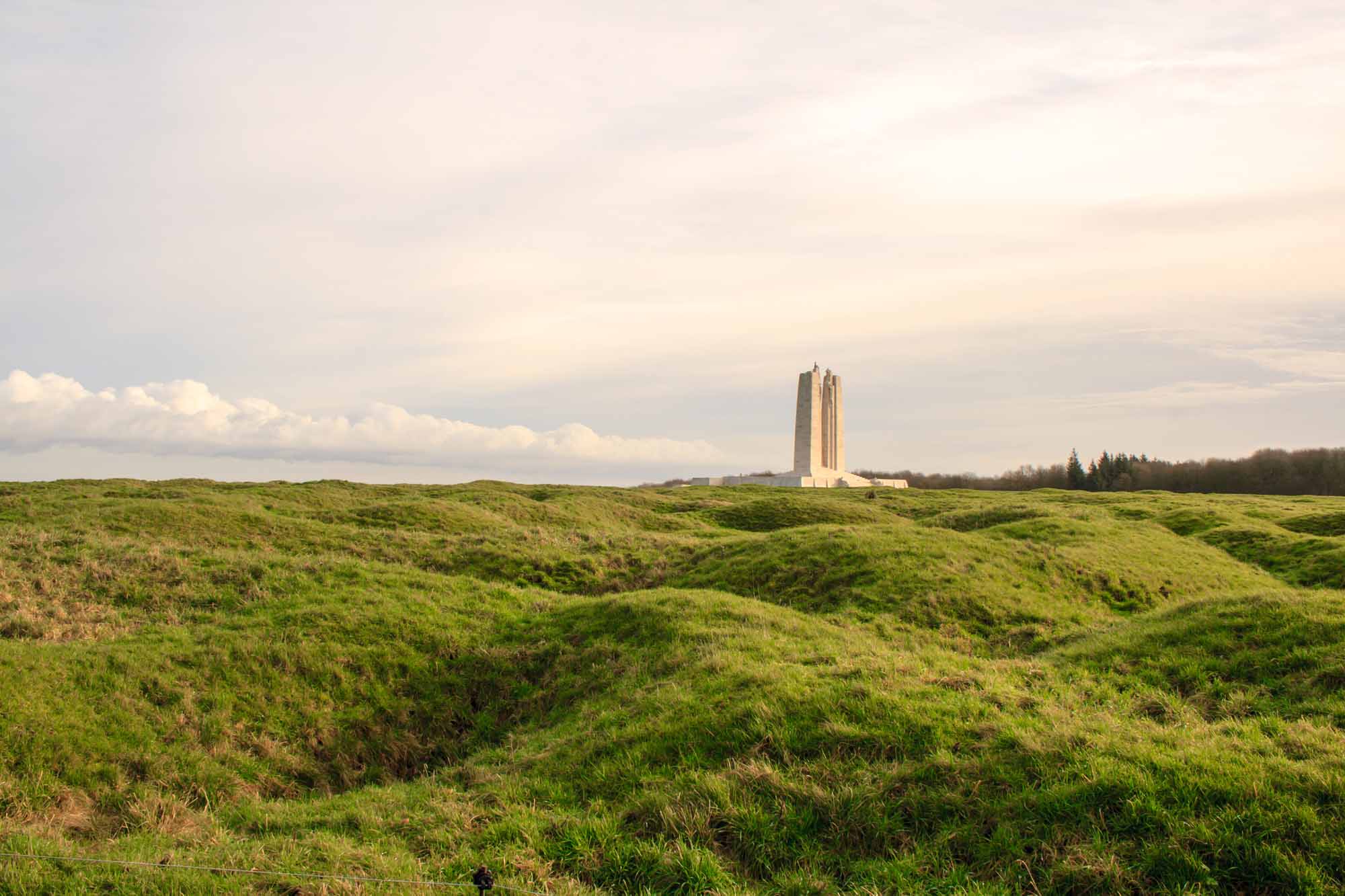 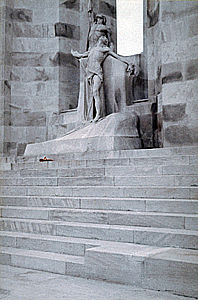 The Passing of the Torch, Vimy Monument, France (photo by Jacqueline Hucker). 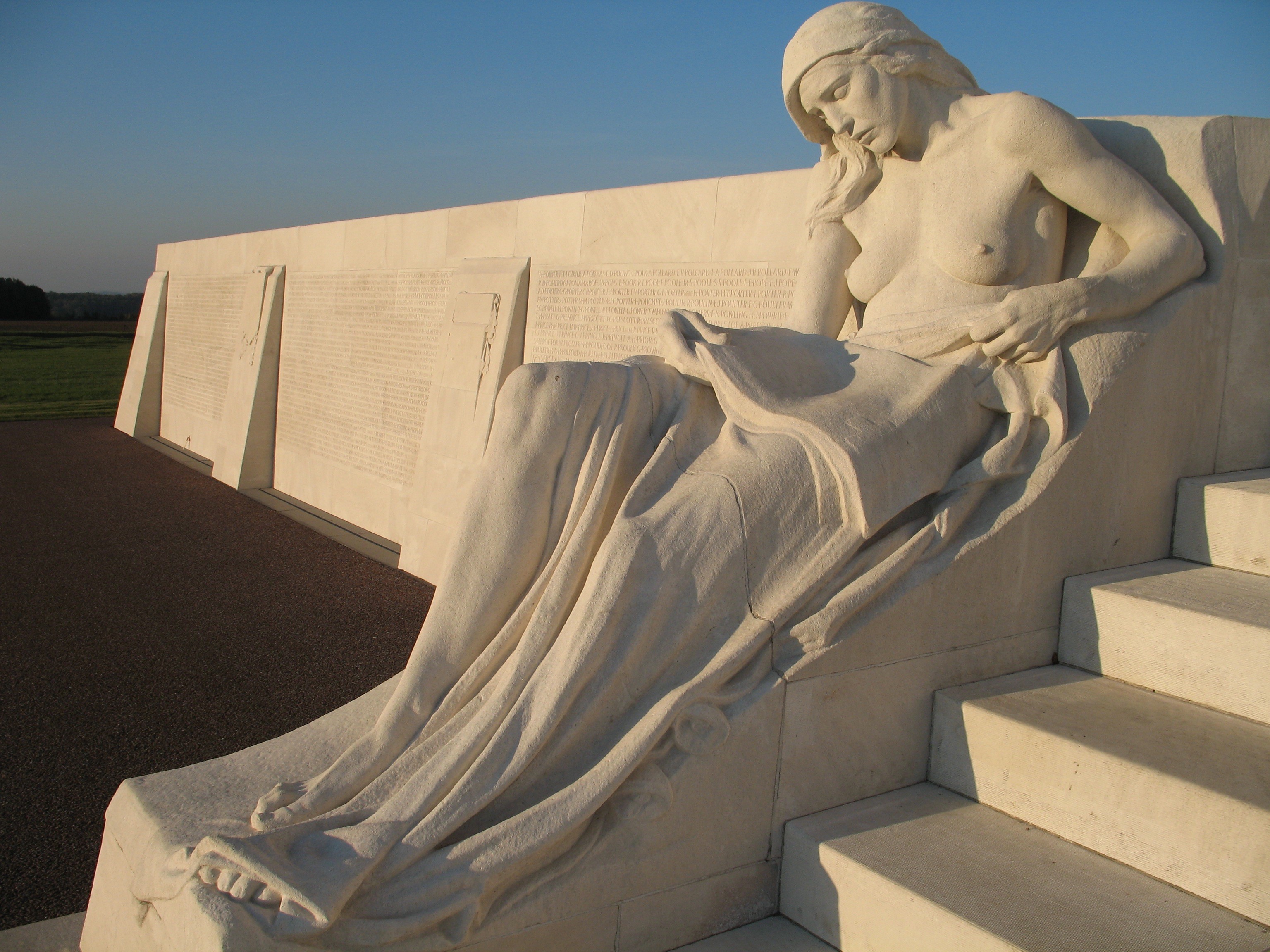 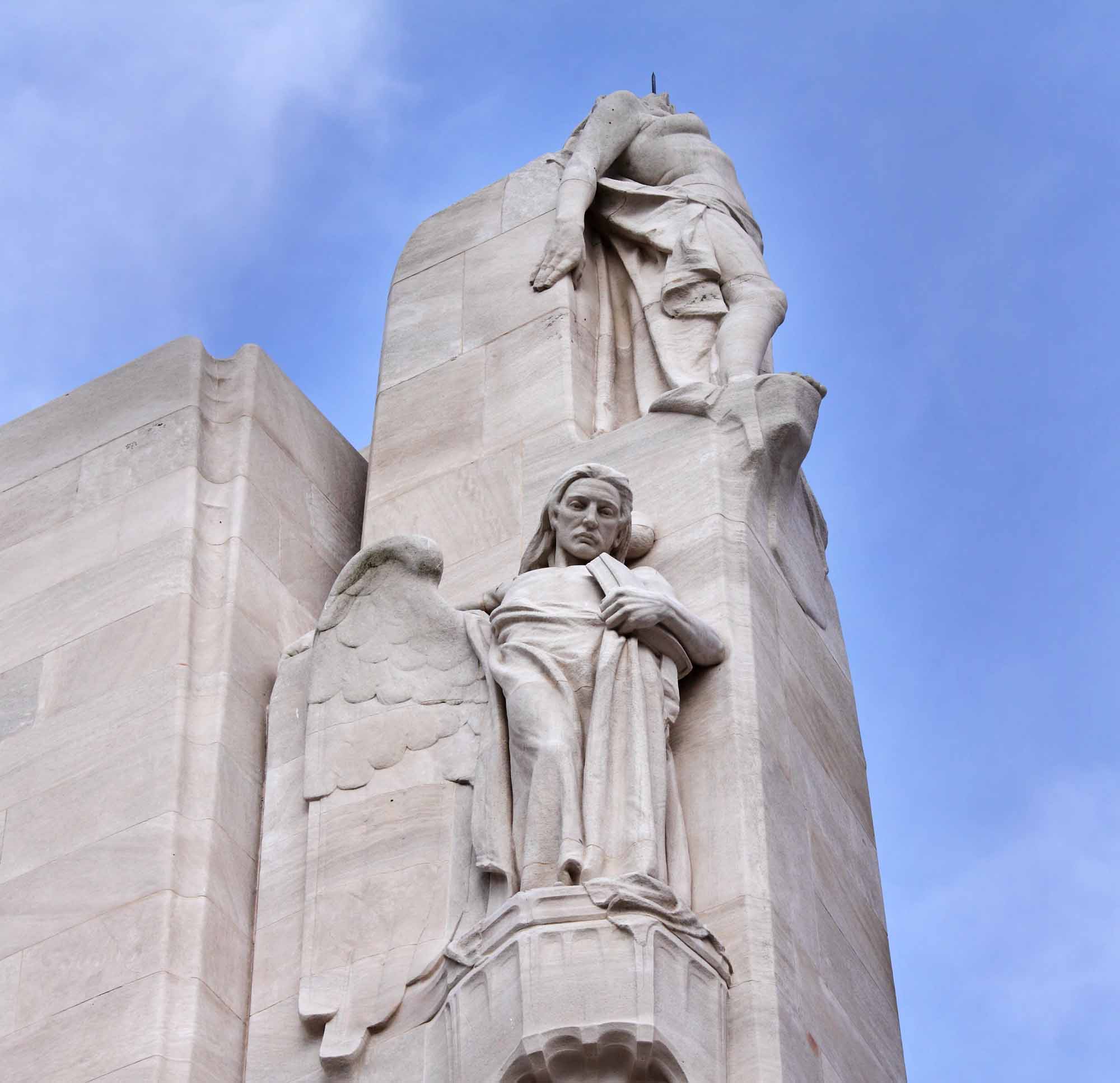 Carvings on the top of the Vimy Memorial in Northern France. Photo taken on: March 5, 2009
PreviousNext

After working in his teens as a carpenter with his father, Allward served an apprenticeship with the architectural firm Gibson and Simpson for several years beginning in 1891. He then worked at the Don Valley Brick Works, where he modelled architectural ornaments. This early training, supplemented by modelling classes at Toronto’s Central Technical School, prepared him for his lifelong career, that of monumental sculpture.

Allward’s early work included the figure of “Peace” on the North-West Rebellion Monument in Queen’s Park, Toronto (1895 ), which he completed at age 19; The Old Soldier, commemorating the War of 1812 in Victoria Memorial Square, Toronto (1903); and a life-sized figure of Oronhyatekha, commissioned by the subject for the Independent Order of Foresters’ Temple Building in Toronto (1899).

His reputation well established, Allward was commissioned to execute busts for the Provincial Museum, Toronto, including busts of Lord Tennyson, Sir Charles Tupper, Sir Wilfrid Laurier, Sir Oliver Mowat and others. Also on the grounds of Queen’s Park are statues of General John Graves Simcoe (1903) and Sir Oliver Mowat (1905).

Allward’s real talent lay in his heroic monuments, which include The Boer War Memorial Fountain in Windsor (1906), The South African Memorial in Toronto (1910), The Bell Monument in Brantford (1917), The Baldwin-Lafontaine Monument on Parliament Hill, Ottawa (1914) and a design for a King Edward VII memorial. The onset of the First World War prevented the completion of the latter, but two figures, “Truth” and “Justice,” were cast in bronze, and today flank the entrance of the Supreme Court of Canada in Ottawa. An almost identical figure of “Justice” was used on The Vimy Memorial years later. Allward’s other memorials to the First World War include The Stratford Memorial (1922) in Stratford and The Peterborough Citizen’s War Memorial in Peterborough (1929) . 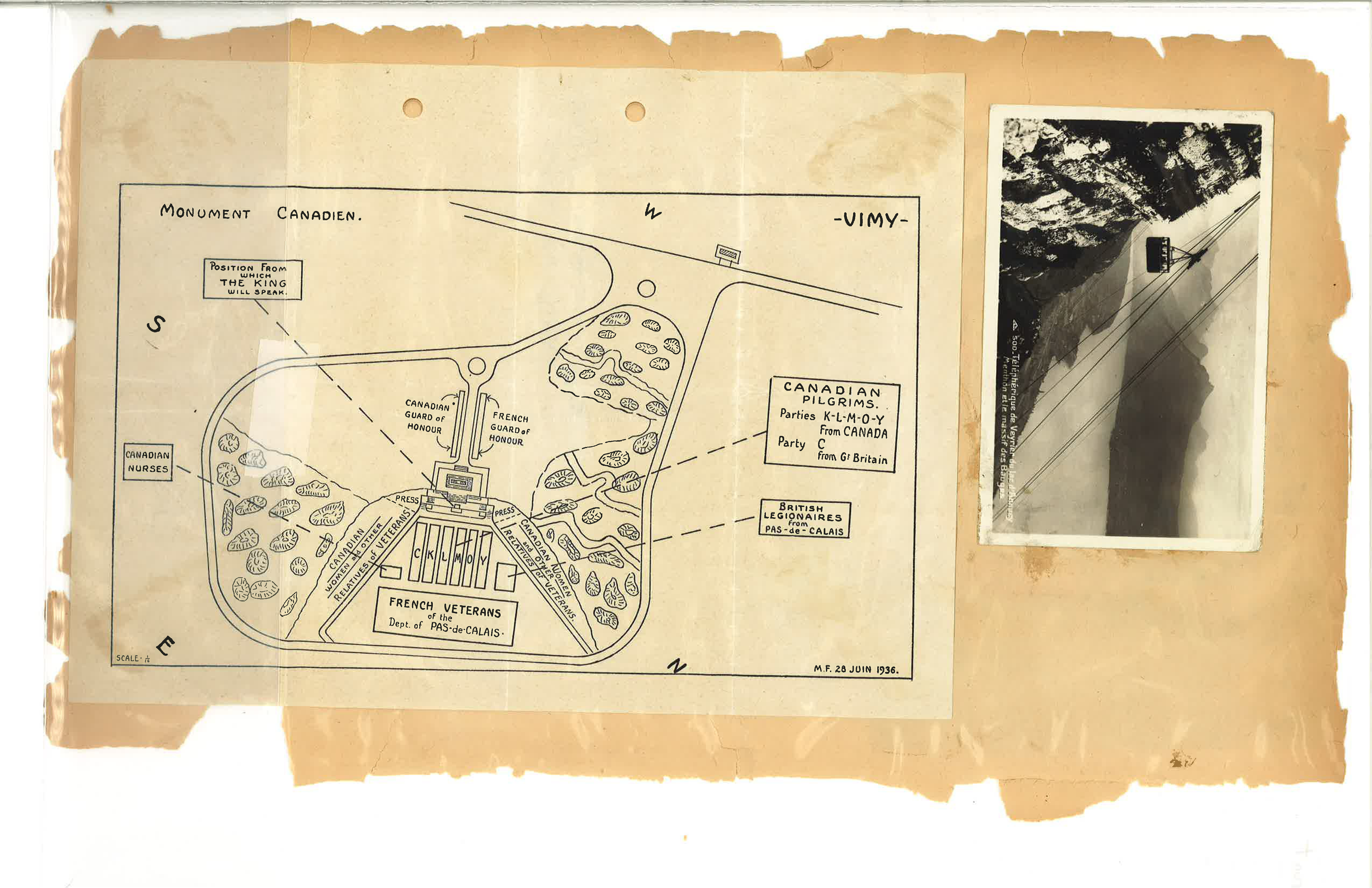 Allward won the Vimy commission from the federal government in 1921 and moved to London, England, the following year, where he set up a studio. He made regular trips to Vimy over the next several years. The Vimy Memorial was unveiled 26 July 1936 by King Edward VIII in the presence of more than 50,000 people, including over 6,000 Canadians, many of them veterans, who had travelled to witness the event.

Upon his return to Canada in August 1936, Allward designed the William Lyon Mackenzie Memorial in Queen’s Park (1940), and a monument, which never materialized, to Sir Frederick Banting after his sudden death in 1941.

In 1902, Allward was elected an associate of the Royal Canadian Academy of Arts, and in 1914 became a full academician. His diploma work, The Storm (c 1920, bronze), is in the collection of the National Gallery of Canada. He was also a member of the Arts and Letters Club of Toronto.