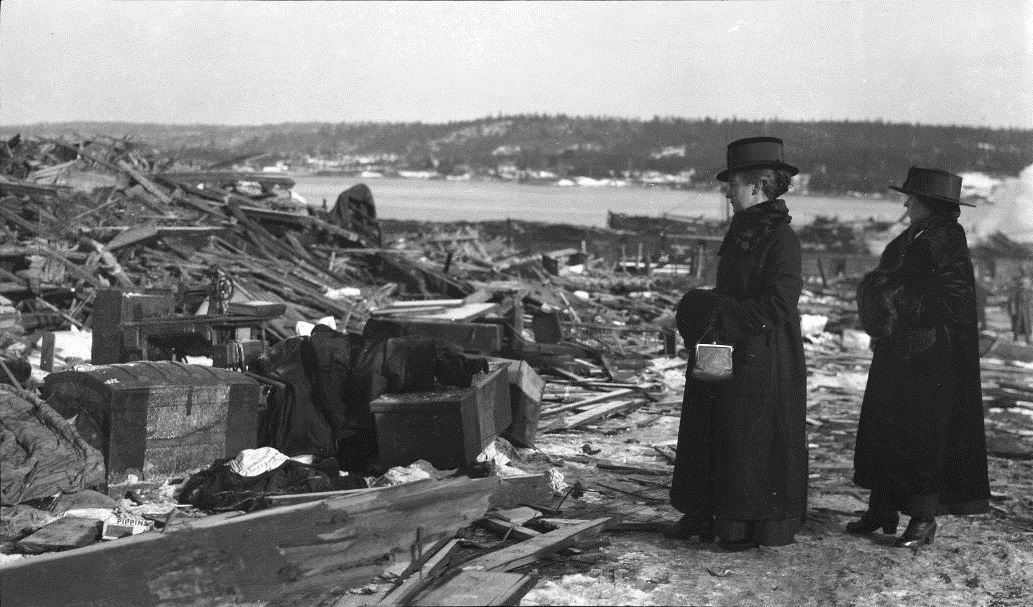 Women looking at debris after the Halifax Explosion, December 1917.

After the Halifax Explosion on 6 December 1917, the Halifax Relief Commission was created by the federal government to help rebuild the city and administer welfare services for the explosion’s victims. A total of 14 files have been selected for review by the Champlain Society, nine of them involving women who became widows, and five dealing with men who found themselves widowers as a result of the explosion.

Within this sample group, the explosion killed 19 family members, sent 8 more to hospital with serious eye or other injuries, inflicted lesser damage, including shock, on many others, left behind 48 dependent children and 3 pregnant women, and deprived 8 households of a livable home. 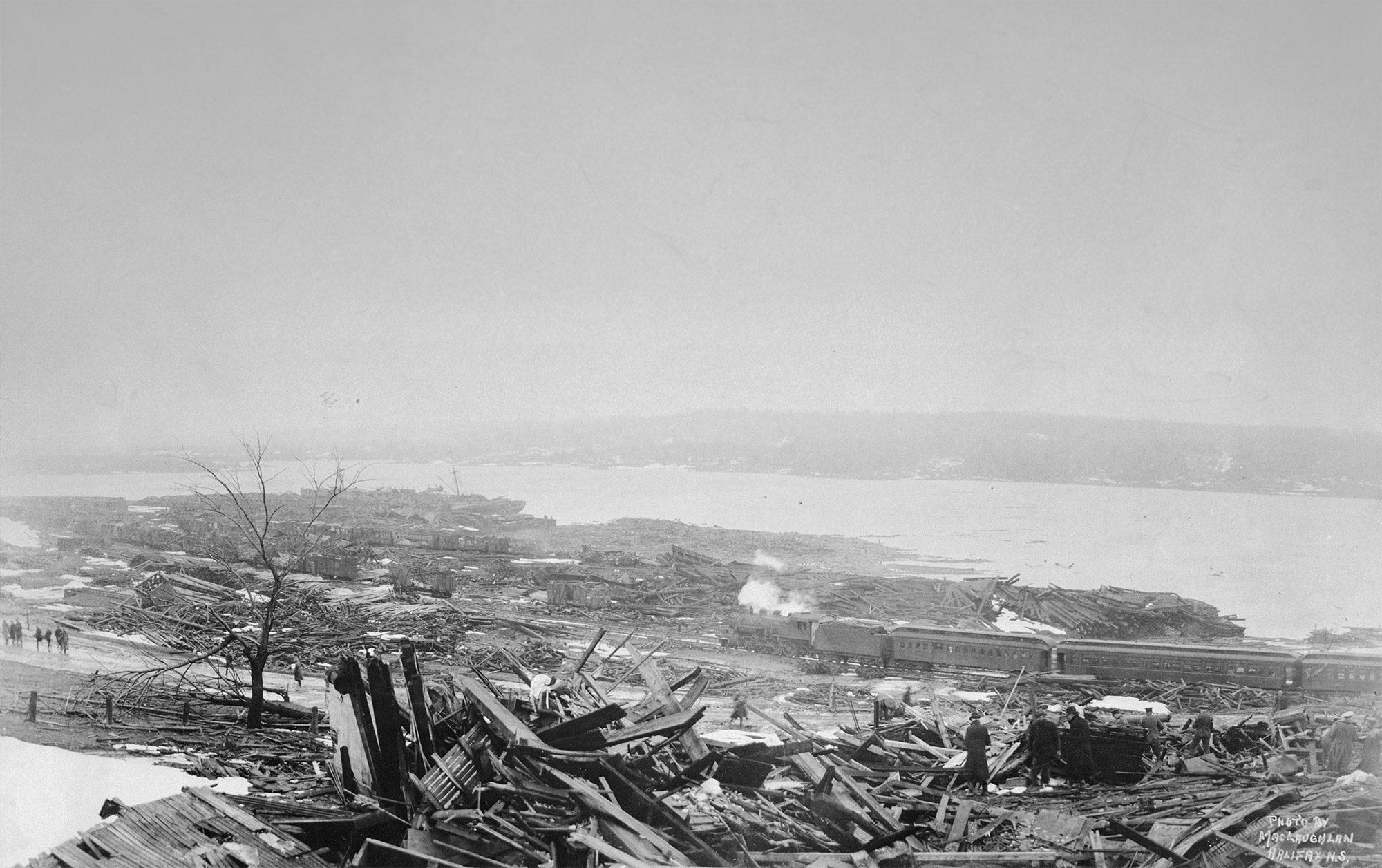 In addition to all the many emotional challenges associated with the disaster experience, the death of a husband meant loss of the family’s principal income earner. The death of a wife also meant loss of the person usually most responsible for running the household and occasionally earning supplementary income.

Older children could sometimes be recruited to help at home or, by going out to work, to earn needed money. Income sent home from soldier sons stationed abroad might also be available. And invaluable support often came from extended family members who were able and willing to take in refugees, act as surrogate parents, or provide housekeeping services. However, a major share of the assistance received by widows and widowers was provided by the Citizens’ Relief Committee and its successor, the Halifax Relief Commission. 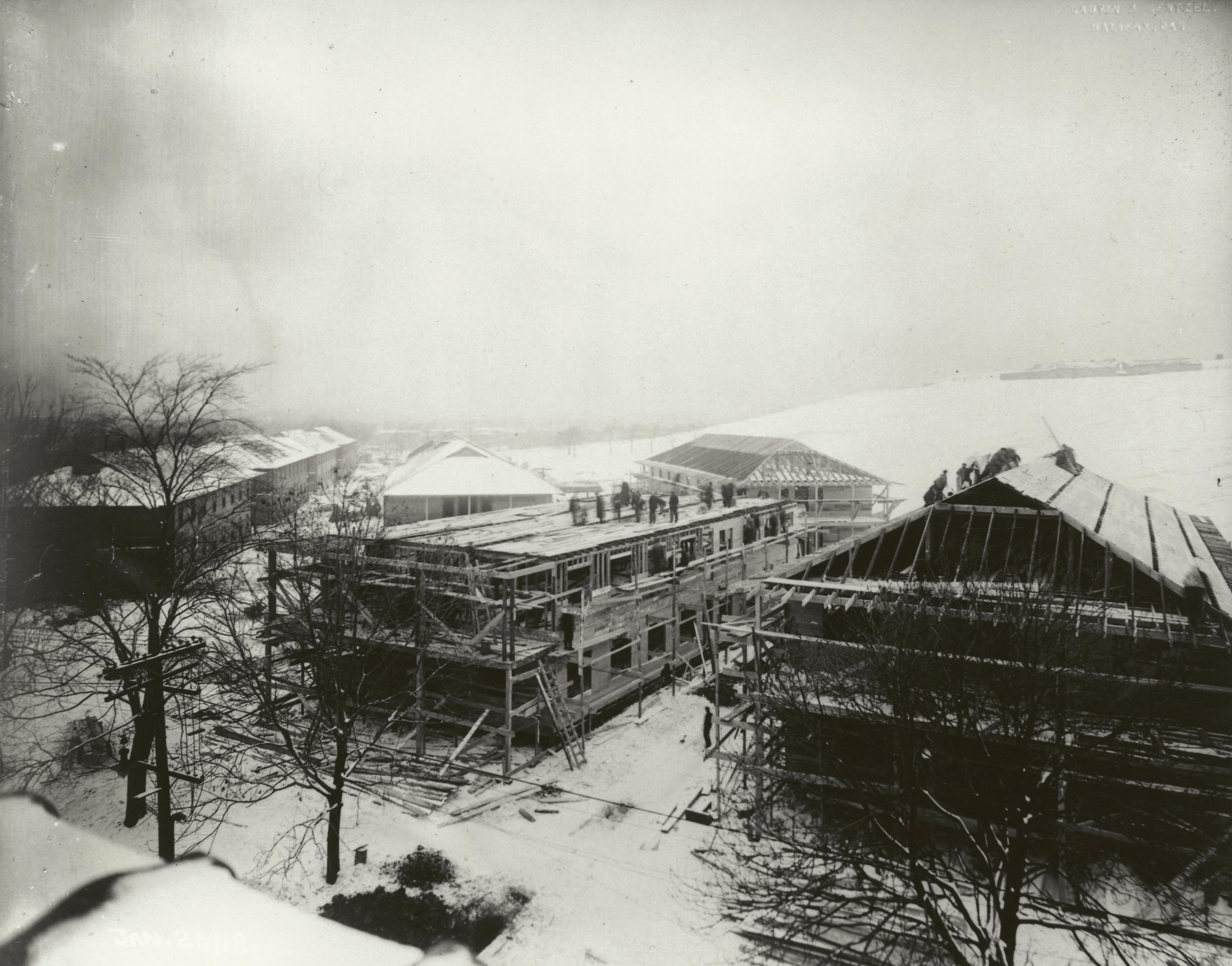 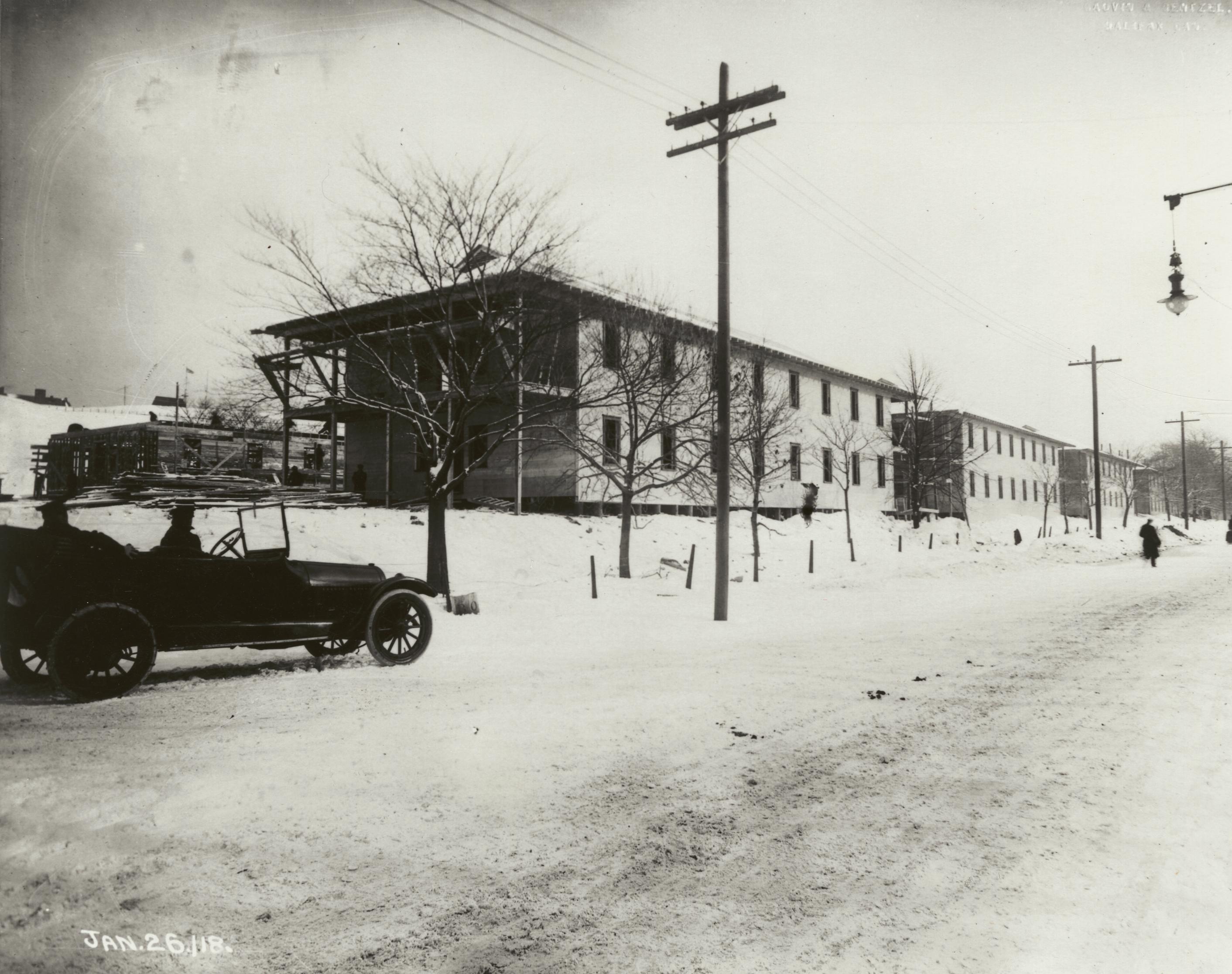 Annie Watson lost a husband, her eldest son, and home in the disaster. Hospitalized and pregnant, she was now principally responsible for five (soon six) young children, one of whom had been seriously injured and would soon die of diphtheria. Her case required considerable early intervention by relief workers, whose efforts included finding the family alternative lodgings and settling a pension for Annie. 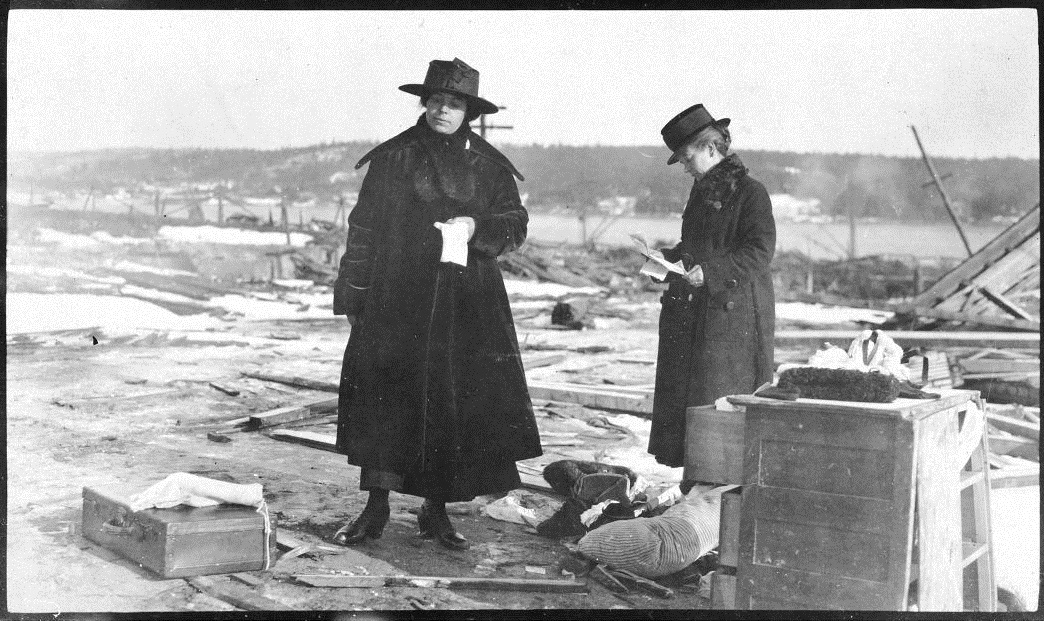 People searching the ruins of the Halifax Explosion, December 1917.

Cassie Christopher’s husband also died of explosion-related injuries, and all three of her young children were hospitalized with fractures. Then Cassie was diagnosed with advanced tuberculosis. Efforts at recovery from illness failed, and Cassie’s death left her children as orphans, assigned to the care of their grandmother.

Besides being deprived of her husband and home by the disaster, an injured Frances Coleman was left with four dependent children. Thanks to the heroic circumstances of her husband ​Vince’s death, Frances received unusually generous care from the Commission.

Effie Preston’s husband died while working at the North End Sugar Refinery. Unfortunately, he had been on strike through most of mid-1917, which wiped out most of the family’s savings and sharply reduced the union death benefits available for his wife and three children. Although rescued from abject poverty by Commission benefits and private philanthropy, Effie’s future would be filled with adversity.

Annie Squires lost not only a husband but also a shopkeeper-partner. Then, as she struggled to provide for four dependent children, she found relief personnel reluctant to believe that a woman on her own could succeed in business.

In contrast, staff were nothing but considerate when dealing with Mary Condon, probably because her Fire Captain husband was another of those deemed to have died heroically in the disaster.

Just as it is difficult to generalize about what it meant to be a widow of the explosion, so the experience of widowers differed considerably. The loss of his wife and young daughter threw the household of Thomas Bayers into near chaos, which persisted, despite diligent remedial efforts by the Halifax Relief Commission, until Thomas remarried.

Even greater failure plagued the McTiernan family. Deprived of the steadying influence of his wife, husband Cornelius succumbed to drink and violence, something relief workers could not control.

Family disintegration also occurred after the explosion killed the wife and mother of Richard Stewart, then a soldier serving in France. Commission staff, acting in association with military and church authorities, placed the eight Stewart children either with relatives or in an orphanage. Home on a break from his military duties, the distraught father opted to put his children out for adoption rather than attempt family reunification.

By comparison, the hard-pressed Newcombe family proved resilient. Having lost their mother and one sibling, and with their home destroyed and father hospitalized out of town with a badly broken leg, the surviving older children rallied and, with Commission assistance, managed to rebuild their lives together. 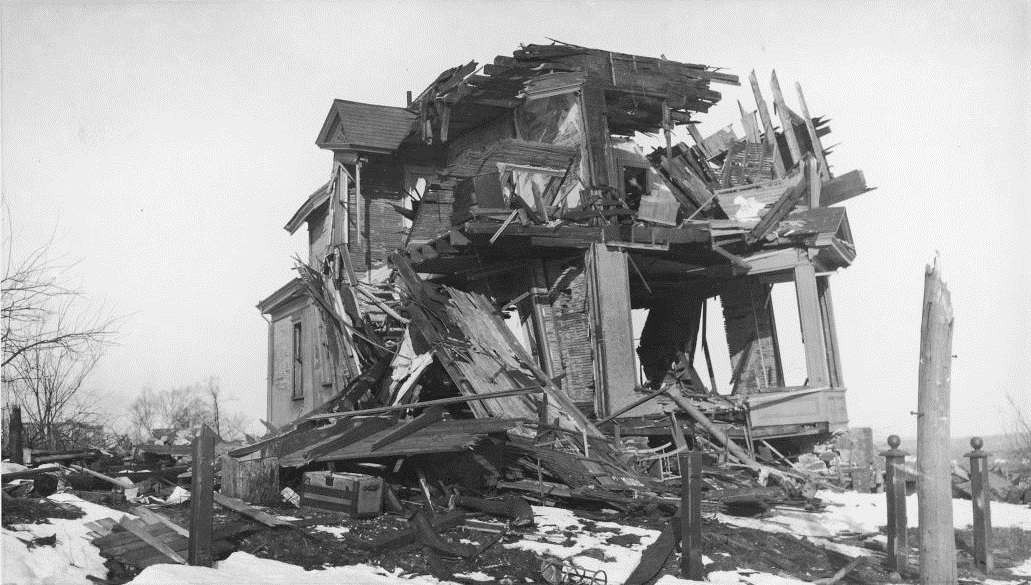 As for George Ridgeley, when his pregnant wife first suffered a miscarriage and then died of cancer, he managed to convince skeptical Commission staff that he deserved full benefits, including accommodations for miscellaneous relatives that he brought to town to help look after his young son. That accomplished, George proceeded into a new marriage that appears to have been a long-term success. 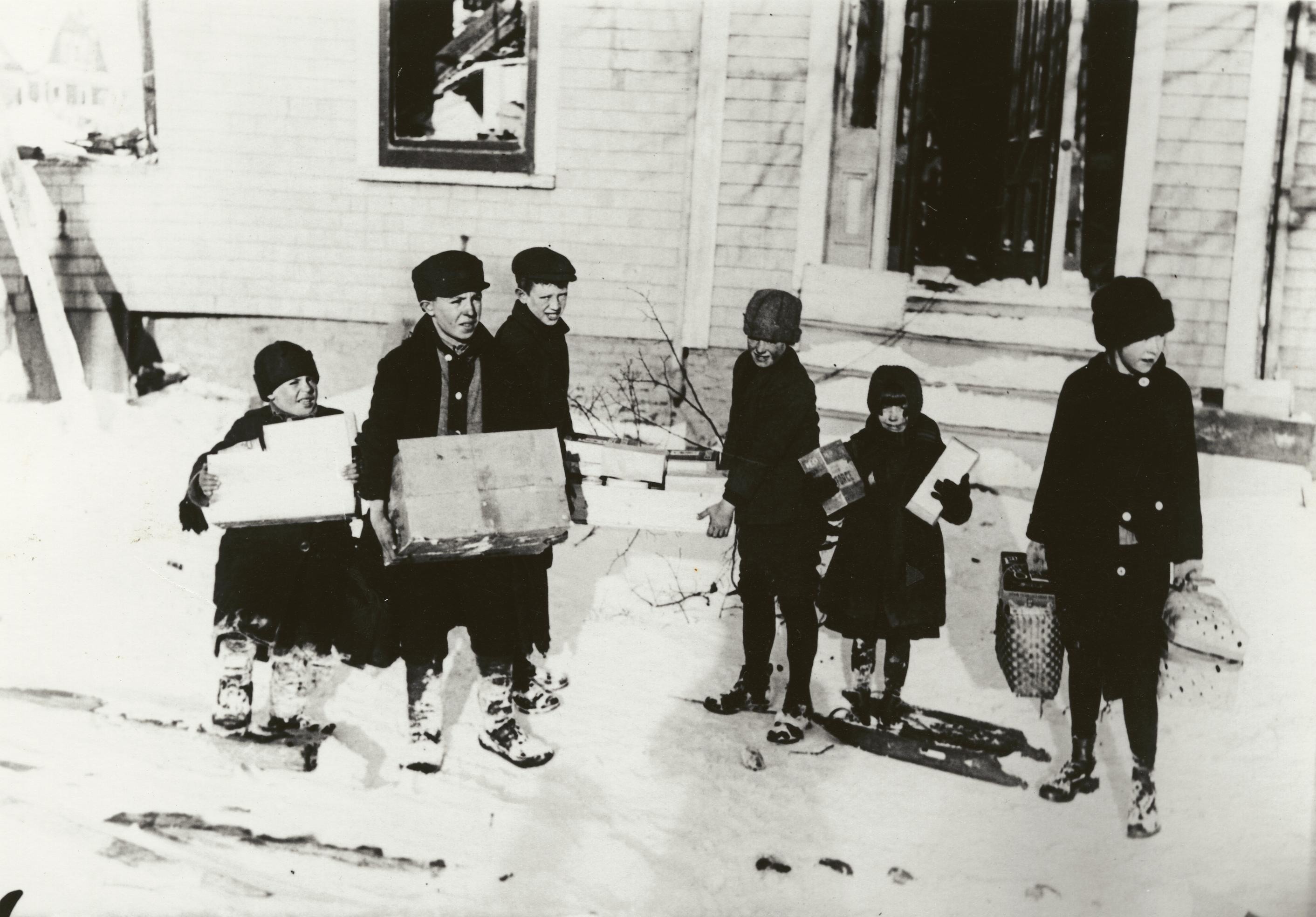