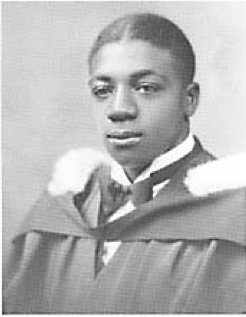 William Pearly Oliver was descended from enslaved persons who were brought from Virginia to Nova Scotia after the War of 1812. At that time, enslavement was still legal in the British colony. Oliver was born in 1912 in Wolfville, Nova Scotia. His father worked at Acadia University as the superintendent of buildings and grounds.

The only Black child in town, Oliver was befriended by many but shunned by some. At times, he faced blatant discrimination, including racial slurs. During a high school hockey game, the visiting team refused to play if he suited up. As a student at Acadia University, he was a member of the track team. When the team travelled, he was unable to stay with his teammates in hotels and eat with them in restaurants in communities that were racially segregated.

Oliver earned his Bachelor of Arts from Acadia University in 1934; two years later, he received his Bachelor of Divinity. Despite Black people having lived in Nova Scotia for more than 200 years, Oliver was only the third to graduate from university. 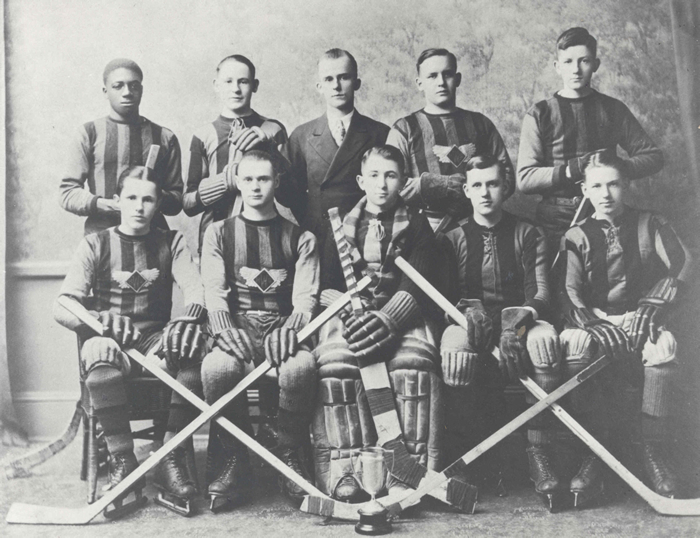 William Pearly Oliver married Althea “Pearleen” Borden. They raised five sons together. Pearleen wanted to become a nurse, but Black students were not allowed to enter the program in Nova Scotia. This experience led her to campaign for racial equality, and she became an influential speaker and writer.

His Bachelor of Divinity thesis argued that Canada’s economic structure did not meet its people’s needs. Jesus, he wrote, demanded a just distribution of wealth and opportunity. Oliver believed that without self-pride, economic opportunity and property ownership, there could be no social advancement or racial justice.

In 1942, Oliver became a chaplain in the Canadian Army — the only African Canadian Army chaplain of the Second World War. Oliver was only allowed to speak with African Canadian troops who were passing through Halifax to overseas service. After the war, Oliver became the founding chair of the African United Baptist Association’s Urban and Rural Life Committee. The committee helped those in the Black community become more self-sufficient and look beyond spiritual matters to improve their material stability.

He was also one of the founding members of the Nova Scotia Association for the Advancement of Coloured People (NSAACP). In 1947, Oliver was instrumental in organizing support for Viola Desmond, who fought segregation by refusing to leave her seat in the Roseland Theatre in New Glasgow.

The Nova Scotia education ministry appointed Oliver as its regional representative in charge of promoting adult education in the Black community. Through the church, Oliver raised an impressive $45,000 to build an education and community centre that opened in 1957. It offered young people encouragement to stay in school and a place to gather on evenings and weekends.

As president of the Maritime United Baptist Convention, Oliver spoke to communities throughout Ontario, Quebec, Halifax and the New England states.

In 1962, William Pearly Oliver left the Cornwallis Street Baptist Church to work full-time as an adult educator and a community organizer. He identified six goals for the Black community: improved health and schools, better homes and farms, more jobs and better use of municipal and provincial agencies. Only by pursuing all six goals, he argued, could racial and social justice be advanced. He said that changing laws is important but “You don’t give a man dignity through legislation. The second emancipation must be in terms of black realization.”

Oliver accepted the help of well-meaning white allies but argued that it could also be dangerous. White liberal paternalism, he said, was as much the enemy as racism itself.

In November 1968, William Pearly Oliver chaired a meeting in which leaders from Nova Scotia’s Black community met with Stokely Carmichael of the American Black Panthers. While they agreed on problems and goals, Oliver rejected the tactics of the Black Panthers. From the meeting came the Black United Front (BUF). Led by Oliver, the BUF consulted broadly and presented recommendations to provincial and federal leaders. The BUF asked for support to promote the teaching of African Canadian history and culture in schools and communities; build Black-owned businesses; and improve Black housing, education and job opportunities.

The federal government granted $470,000 to the BUF to pursue its mandate. Minister of National Health and Welfare John Munro said he wanted the BUF to “raise hell” with the government to improve the lives of African Canadians throughout the country. Oliver accepted the challenge, travelling widely to find and inspire new Black leaders while lobbying the federal government for more support and legislative changes. Throughout the early 1970s, the BUF became an umbrella under which many community organizations flourished.

In 1972, William Pearly Oliver presented the idea of a Black cultural centre. It would, he said, present Black history and cultural achievements to Black and white communities, inspiring Black pride and creating better understanding. As chair of the steering committee, Oliver lobbied the Nova Scotia and federal governments and Black leaders. In 1983, the Black Cultural Centre for Nova Scotia opened in Cherry Brook. It boasted a museum, a research library, an auditorium and workshop rooms. It continues to offer permanent and travelling exhibits, school and community tours, concerts and plays.