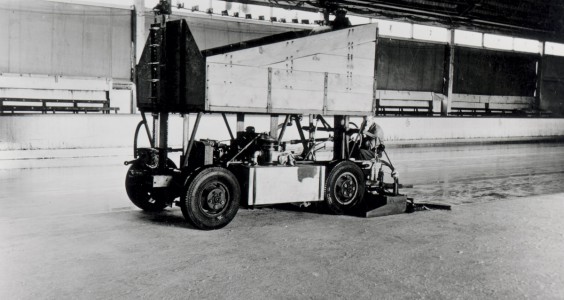 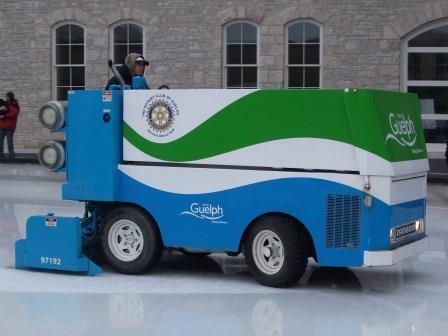 In 1949, American Frank J. Zamboni invented the first successful ice resurfacer, the Model A, which he constructed from war surplus parts. His invention revolutionized ice resurfacing, until then a time-consuming and labour-intensive process that involved a scraper shaving the surface of the ice, followed by several workers who picked up the shavings and then sprayed the ice to clean it, removing the dirty water with squeegees. After that, more water was sprayed onto the ice and allowed to freeze. With the invention of Zamboni’s machine, the process became much faster, allowing skaters to return to the ice within a relatively short period of time. 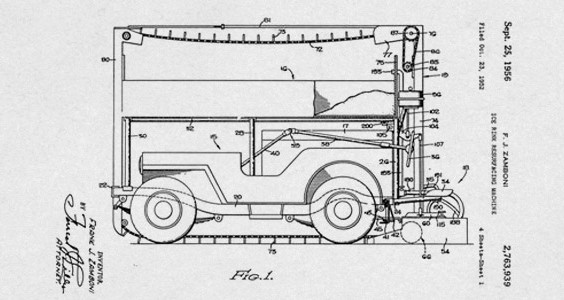 A total of four Model B machines were built. \u00a9Zamboni Company.

The Model A (1949) soon earned an important fan. In 1950, Olympicfigure skater Sonja Henie asked Zamboni to build her a machine in time for a performance in Chicago. She eventually bought two Model Bs, while the Ice Capades and the Winter Garden in Pasadena, California, also bought one apiece. Zamboni received a patent for his design in 1953, and continued to make improvements. In 1954, the Boston Bruins ordered the Model E, the first NHL team to use one of Zamboni’s machines. Zamboni ice resurfacers are now used at most NHL arenas. 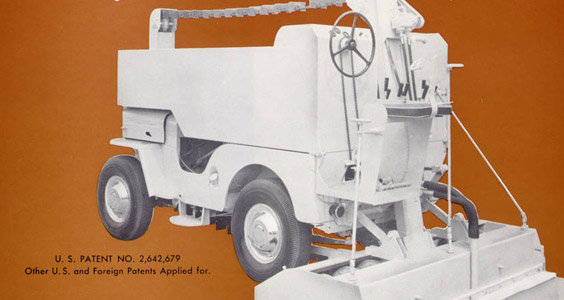 The Model E was the first standardized design of the Zamboni ice resurfacer. © Zamboni Company.

Although the Zamboni Company is based in Paramount, California, it also has a large manufacturing facility in Brantford, Ontario — birthplace of Wayne Gretzky.

While Canadians generally refer to all ice resurfacers as “Zambonis,” a significant number of the machines used on Canadian ice have been manufactured by its competitor, Resurfice Corporation, which is based in Elmira, Ontario. Founded in 1967 by welder Andrew Schlupp, the company supplies its Olympia brand of ice resurfacers across Canada, the United States and around the world, with dealers in 12 countries. Although the Zamboni Company supplies machines for most of the NHL, several teams (including the Vancouver Canucks) have used Olympia ice resurfacers instead. Resurfice was also the official supplier for the 2010 Olympic Winter Games in Vancouver, British Columbia. 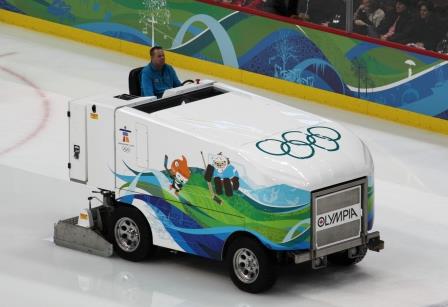 In 2016, ICETECH Machines began producing the Okay Elektra, an electronic ice resurfacer, in a factory in Terrebonne, Québec. The machine has been purchased by Concordia University in Montréal.

Canada can proudly claim the 1999 “Zamboni Driver of the Year,” an online contest organized by the Zamboni Company in honour of its 50th anniversary. Over a million votes were cast online, with the majority going to Jimmy “Iceman” MacNeil of Brantford, Ontario. MacNeil was later chosen as the lead driver of a cross-Canada tour in support of Canadian Hockey Association development programs. In 2001, he and his brother drove a Zamboni ice resurfacer through 69 cities in 10 provinces, starting in St. John’s, Newfoundland and Labrador, and finishing in Calgary, Alberta (in between cities, the crew and Zamboni machine were transported via trailers — Zamboni machines have a maximum speed of about 5 km/h).

The 2001 tour wasn’t the only time Zamboni ice resurfacers have been used on Canadian roads. In February 2017, farmer Marko Kardum tried to use a Zamboni machine to clear snow in Central Saanich, near Victoria, British Columbia. He was let off with a warning from police, who informed him that insurance didn’t cover the use of Zamboni ice resurfacers on the road (Kardum bought the machine for $300, originally to move manure). In what is arguably the most Canadian use of a Zamboni machine, Alberta man Jesse Myshak drove his ice resurfacer through a Tim Hortons drive-thru in Stony Plain. Myshak had purchased the machine to flood his backyard rink, but it needed repairs, so he brought it in to a nearby shop. When it was ready for use, he decided to simply drive it home, stopping for a hot chocolate on his way.