The earliest European visitors were Étienne BRÛLÉ and Samuel de CHAMPLAIN, developing links between New France and the HURON.

It is one of the oldest settlements in North America: on 24 July 1534, Jacques Cartier took possession of Canada on behalf of the king of France and placed a cross at this location, which very soon became a fishing port and supply centre for New France.

For generations, Hebron, one of Nunatsiavut’s (see Labrador Inuit and Newfoundland and Labrador) most culturally important and significant sites, was an important meeting place for the Inuit, as well as a primary hunting and fishing area. In the early 1800s, Moravian missionaries chose the site to establish their fourth and northernmost mission in Labrador, officially opening the mission in 1830 (although missions were later established farther north, at Ramah in 1871 and Killinek in 1905). For more than 130 years, Hebron was a thriving community where an average of 200 to 250 Inuit lived. In 1959, without consultation with the Inuit, the community was closed, forcing all Inuit to relocate. Declared a National Historic Site in 1976 by the federal government, the Hebron Mission has been undergoing major restoration since 2004. 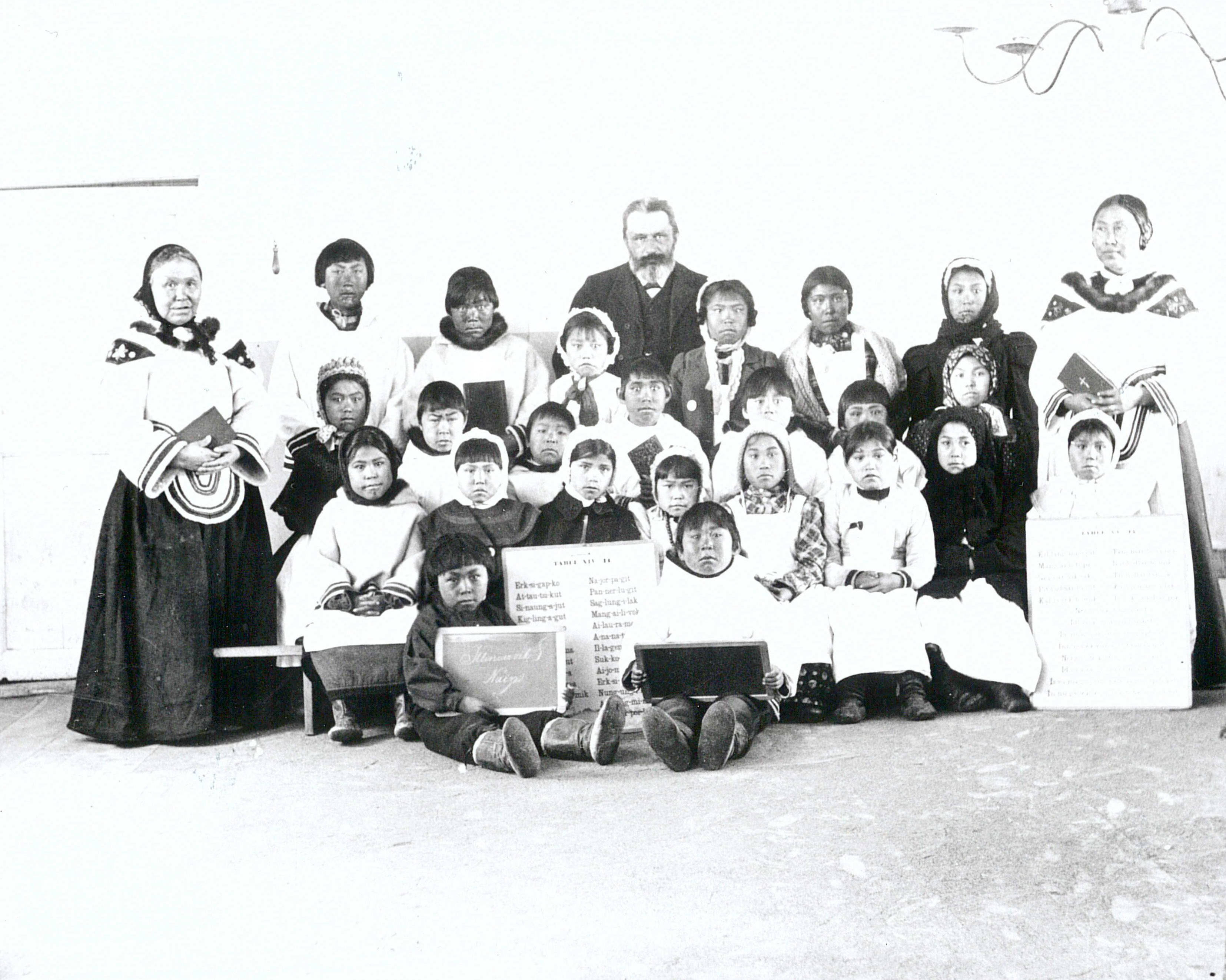 Percé's history is as old as that of NEW FRANCE. Jacques CARTIER arrived there in 1534, and European fishermen used the bay as a haven in the 16th and 17th centuries.

Maison Saint-Gabriel is a museum and historic site that openedin 1966. This 300-year-old building, located in Montréal’s Pointe-Sainte-Charles district, is one of the finest examples of the traditional architecture of New France.

The area was first settled in 1658, more than 20 years before the creation of the parish of Saint-Augustin-de-Desmaures. The name Saint-Augustin was supposedly given to the parish in honour of the governor of New France from 1663-1665, Augustin de Saffray de MÉZY.

In 1673, in order to develop the young colony of New France, Governor Louis de Buade de Frontenac gave large concessions of land to administrators, priests and high-ranking soldiers who became seigneurs. The seigneurie des Mille-Îles was created north of the river that bears the same name.

New Maryland includes a number of historic buildings, including the Anglican church and Victoria Hall. It was the site of the last fatal duel in the province in 1821.

New Brunswick is one of three provinces collectively known as the "Maritimes." Joined to Nova Scotia by the narrow Chignecto Isthmus and separated from Prince Edward Island by the Northumberland Strait, New Brunswick forms the land bridge linking this region to continental North America.

Although New Richmond is today about 80% French-speaking, its history is steeped in cultural diversity.