Former teacher and union leader Paul Dewar died at age 56 after a year-long battle with brain cancer. He served as the MP for Ottawa Centre from 2006 to 2015 and was the NDP’s foreign affairs critic for many years. 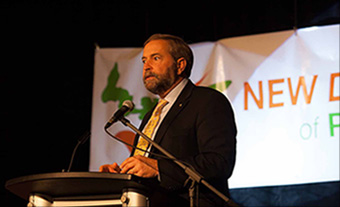 The provincial NDP maintained its fragile hold on power in BC when Sheila Malcolmson won a critical byelection in Nanaimo, beating BC Liberal candidate Tony Harris by ten points. The victory allowed the NDP-Green Party coalition to maintain control of 44 seats in the legislature, compared to 42 for the opposition BC Liberals.

Founded in 1961, the New Democratic Party (NDP) is a social democratic political party that has formed the government in several provinces but never nationally. Its current leader is Jagmeet Singh. In 2011, it enjoyed an historic electoral breakthrough, becoming the Official Opposition in Parliament for the first time. Four years later, despite hopes of winning a federal election, the NDP was returned to a third-place position in the House of Commons. It slipped to fourth place in the 2019 federal election, after a resurgence from the Bloc Québécois.

Kennedy Stewart, politician, academic, mayor of Vancouver (2018–present) (born 8 November 1966 in Halifax, Nova Scotia). Stewart served as a Member of Parliament for Burnaby–Douglas and Burnaby South and was a member of the NDP caucus. He is an associate professor on leave at Simon Fraser University’s School of Public Policy. Stewart is currently the 40th mayor of Vancouver.

John Joseph Horgan, 36th premier of British Columbia, 2017–present; political aide (born 7 August 1959 in Victoria, BC). John Horgan worked as a political staffer for BC New Democratic Party (NDP) premiers Mike Harcourt, Glen Clark and Dan Miller. In 2005, he became a member of the Legislative Assembly of British Columbia for the riding of Malahat-Juan de Fuca. He then revitalized the BC NDP after it had spent 16 years on the opposition benches. Following the 2017 election, Horgan engineered a power-sharing coalition with the Green Party to topple a weakened Liberal regime. After Horgan called a snap election in October 2020, the NDP won 53 of 87 seats and Horgan converted his minority government into a governing majority. 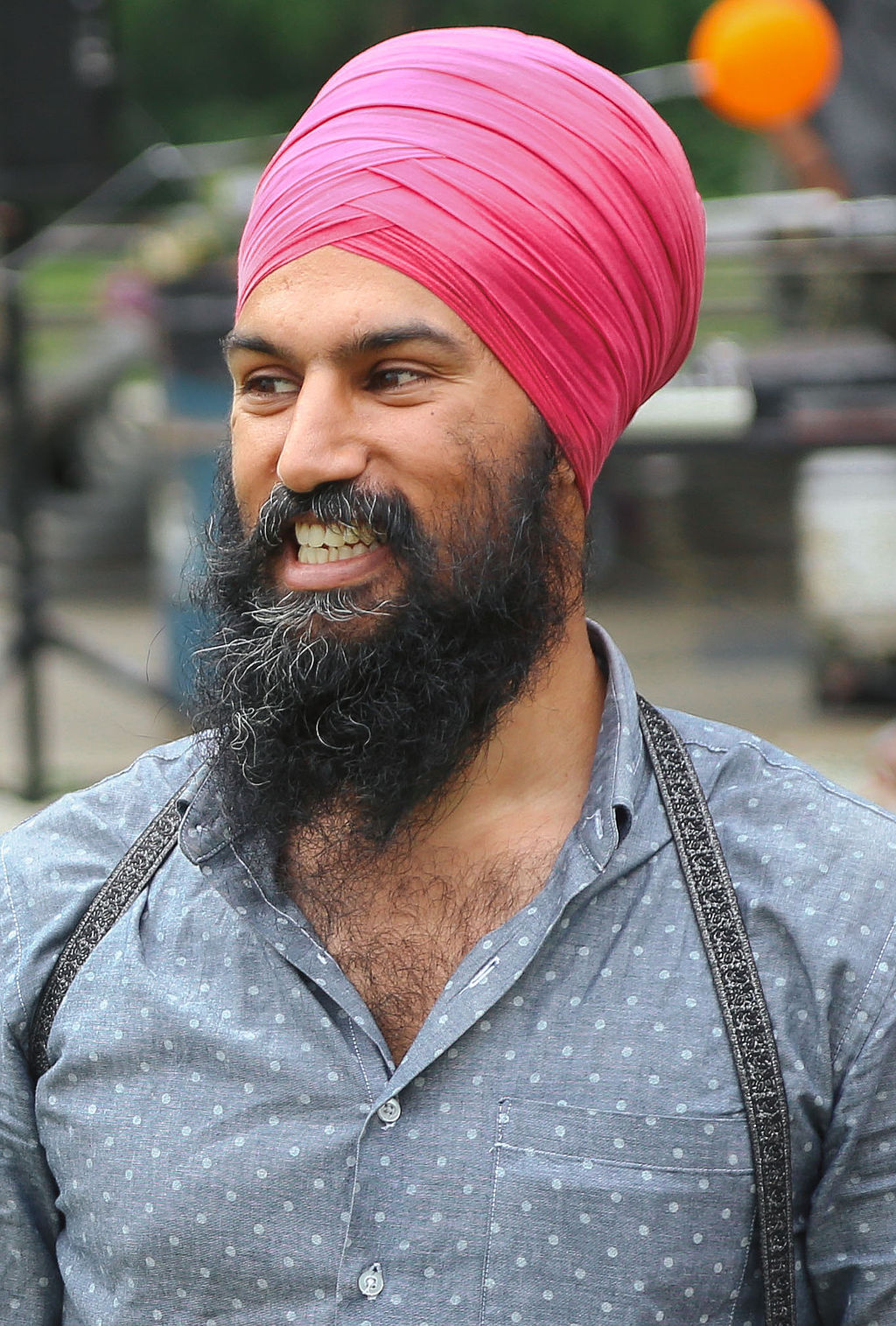 Jagmeet Singh Reveals He Was Sexually Abused as a Child

Jagmeet Singh Reveals He Was Sexually Abused as a Child

In his memoir, Love & Courage, federal NDP leader Jagmeet Singh discusses the racism and bullying he faced as a Sikh boy growing up in Canada, as well as the sexual abuse he endured at the hands of a tae kwon do instructor when he was around 10 years old. Singh said that not speaking publicly about the incident sooner was one of his “biggest regrets” and that he hoped going public with it now would help others with similar experiences.

NDP leader Jagmeet Singh secured a seat in the House of Commons by winning a byelection in Burnaby South with 39 per cent of the vote, besting Liberal candidate Richard T. Lee’s (26 per cent) and Conservative candidate Jay Shin (22 per cent). Singh had accused Prime Minister Justin Trudeau of delaying the hotly contested election, which Singh needed to win in order to lead his party from within Parliament.

Jason Kenney, leader of the United Conservative Party (UCP) and newly elected premier of Alberta, fired Lorne Gibson, the provincial election commissioner amid an investigation by that commissioner into multiple alleged offences by the UCP. The commissioner had already fined the UCP tens of thousands of dollars for multiple infractions, including accepting illicit campaign donations and obstructing an investigation. Alberta NDP leader Rachel Notley denounced the firing as “an attack on Alberta’s democracy.” The watchdog organization Democracy Watch later called on the RCMP to investigate the firing.

After a video surfaced of Conservative Leader Andrew Scheer detailing his opposition to same-sex-marriage in 2005, NDP leader Jagmeet Singh said, “if Canadians deliver a minority government in October, I will not prop up Andrew Scheer and the Conservatives.” Green Party leader Elizabeth May followed suit on 3 September, citing the other parties’ lack of an adequate climate change plan as the reason she would refuse support. “We actually would bring a government down and go back to the polls to get a government that’s prepared to be responsible,” she said.