Cadastre is a technical term used in Europe for the registration of land in a given municipal area such as a city or a county. A “cadastral survey” is the measuring, marking and description of parcels of land sufficient for their correct entry into the public land register. It is also the marking on the ground of parcels in accordance with a description in the register.

In the latter instance, this could be either an original survey or a retracement when the position of the original boundary is not clear. Within provincial boundaries in Canada, land ownership and all fiscal matters pertaining to land are under provincial jurisdiction. The provinces set the rules and procedures for the cadastral surveys of their lands, including the licensing of surveyors. In Yukon, the Northwest Territories, Nunavut and federal lands in the provinces, such as Indian reserves and national parks, the federal government has this responsibility.

Geography is the study of places, Earth’s physical features and environmental phenomena. Geographers also examine human populations and their impact on the natural world. This collection from The Canadian Encyclopedia covers a wide range of topics in both physical and human geography. These topics include geographic regions, sustainable development, and Indigenous populations.

A gulf is a body of water partly surrounded by land and connected to an ocean or sea. This connection sometimes takes the form of a narrow passage called a strait. The nomenclature of water inlets can be inconsistent between sources. Sometimes, the terms gulf,  bay and sea are used interchangeably. For example, the Arabian Sea and Hudson Bay can both be classified as gulfs. However, in most cases a gulf is deeper and larger than a bay and is also more enclosed from the ocean or sea to which it is connected. Because gulfs are partially surrounded by land, their waters are typically calmer than those of oceans. This makes them suitable for activities such as transportation, fishing and leisure.

Surveys suggest that there may be as many as 2 million lakes in Canada. While some look like small scratches on the country’s surface, many are quite large. Nearly fourteen per cent of the world’s lakes with surface areas over 500 km2 are located in Canada. Below is a list of the largest of these large lakes. The list is ordered by the lake’s total surface area, not just the portions within Canadian borders. 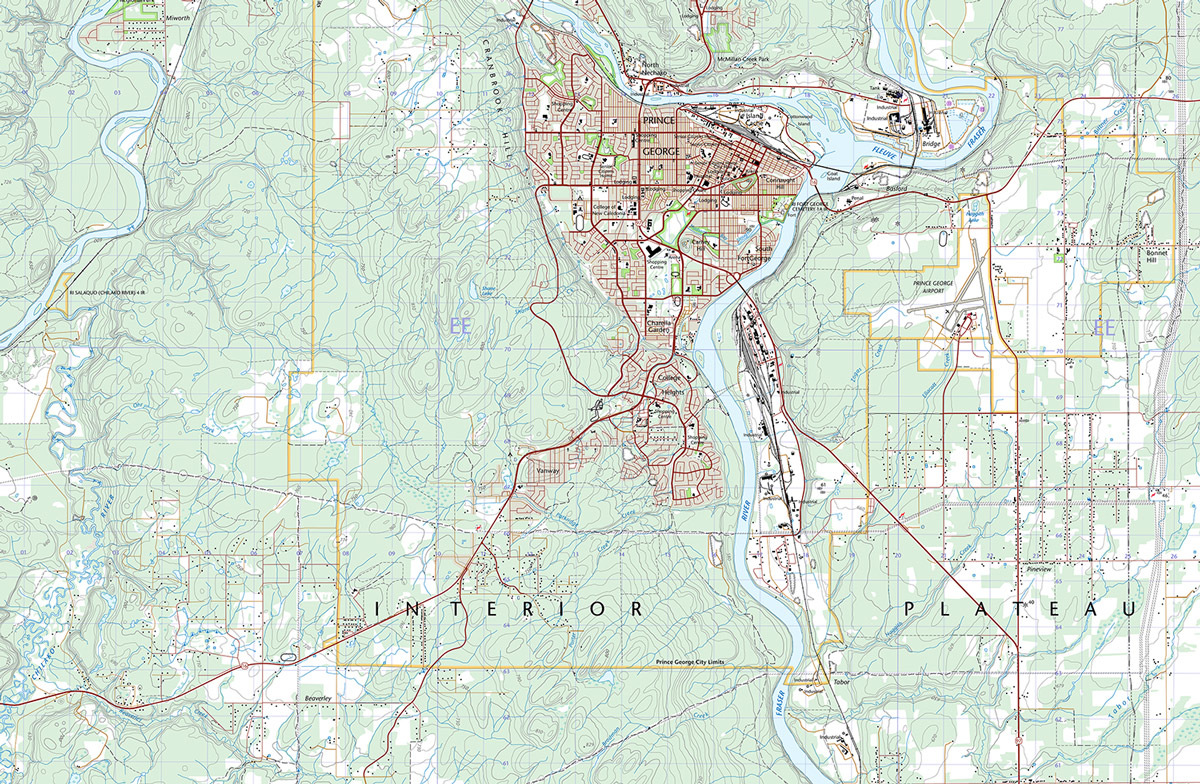 The National Topographic System is a standardized method of mapping. Natural Resources Canada uses the system to produce maps that depict the country’s natural and man-made features (e.g. lakes, rivers, railways and roads). Instituted in 1927, today the NTS uses two scales: 1:50,000 and 1:250,000. In the 1:50,000 scale, 1 cm on the map represents 500 m on the ground. In the 1:250,000 scale, 1 cm on the map represents 2.5 km on the ground. Maps using the 1:50,000 scale are used for a variety of purposes, for example, recreational activities and real estate and highway planning. Because maps using the 1:250,000 scale cover a larger area in less detail, they are better suited for reconnaissance and road-tripping. (See also Cartography in Canada: 1763–Second World War.)

The Second World War can be considered a turning point in Canadian topographic mapping. Before the war, topographers used plane tables and sketched out small sections of the terrain that were subsequently joined together into a map. This method was slow, not very accurate and unusable in forested areas. Aerial photographs were used, but in the whole country only one instrument plotted map detail directly from air photos. Advances in mapping following the Second World War include photogrammetry, the Air Profile Recorder, the Doppler Positioning System, and the Global Positioning System. (See also History of Cartography in Canada; Cartography in Canada: 1763-Second World War.)

Canada has about 350,000 official place names. While many of these names honour people, a great many others reference physical or human geography. This list showcases the latter, highlighting names that point to the natural features of a place — take Montreal, for example — or how people interact with the land, be it through travel or settlement (as in Portage la Prairie, Manitoba). And, as with “Canada” itself, many of these names stem from an Indigenous word, or are themselves in an Indigenous language, such as Ulukhaktok, Northwest Territories (see also Largest Cities in Canada With an Indigenous Name).

Alberta is divided by three of Canada’s seven physiographic regions. These three regions are the Cordillera, Interior Plains and Canadian Shield. However, the vast majority of the province falls within the Interior Plains region. The Interior Plains may be further divided into prairie grassland, parkland and boreal forest. The prairie portion includes most of southern Alberta. This gently rolling grassland is relatively dry and mostly treeless. The parkland region predominates in central Alberta. This area varies from the flatland of old lake bottoms to rolling landscape with numerous lakes and depressions. The boreal forest region covers the northern half of the province. Here great rivers and lakes dominate the landscape, draining northward to the Arctic Ocean. In Alberta’s southwest corner an area of foothill ridges rise to the Rocky Mountains, forming part of Canada’s Cordillera region.

The province of Quebec is composed of three of Canada’s sevenphysiographic regions. These regions are the St. Lawrence Lowlands, the Canadian Shield and the Appalachian region. The St. Lawrence Lowlands is the most fertile and developed region. The majority of the population of Quebec lives here, mainly between Montreal and Quebec City. The Canadian Shield covers most of Quebec from approximately 80 km north of the St. Lawrence River valley up to the Ungava region. It is a vast region composed of thousands of lakes and thousands of square kilometres of forested area. On the south bank of the St. Lawrence River, between the Richelieu River and the Gaspé Peninsula, is the Quebec part of the Appalachian mountain chain which extends from Gaspé south to Alabama.

Since the Second World War, Canadians have become increasingly urban, living primarily in cities. In an attempt to keep housing affordable, local governments have needed to balance burgeoning borders with urban density. Canada’s ten largest cities offer a glimpse at the many approaches and issues.

All populations are from the 2021 Canadian census and reflect the cities proper, as opposed to the larger census metropolitan area. 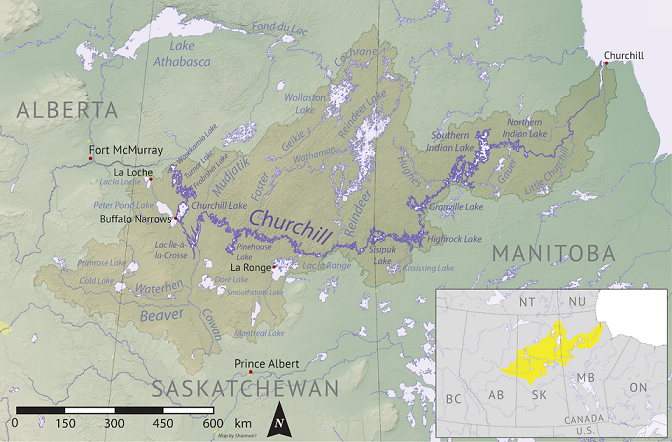 Churchill River, 1,609 km long, issues from Churchill Lake in northwestern Saskatchewan and flows southeast, east and northeast across the lowlands of northern Saskatchewan and Manitoba to Hudson Bay at Churchill, Manitoba. The name — for John Churchill, first duke of Marlborough and governor of the Hudson’s Bay Company from 1685 to 1691 — was applied to the river as early as 1686. The Cree called it Missinipi, meaning “great waters” or “big water.” (See also Longest Rivers in Canada.) 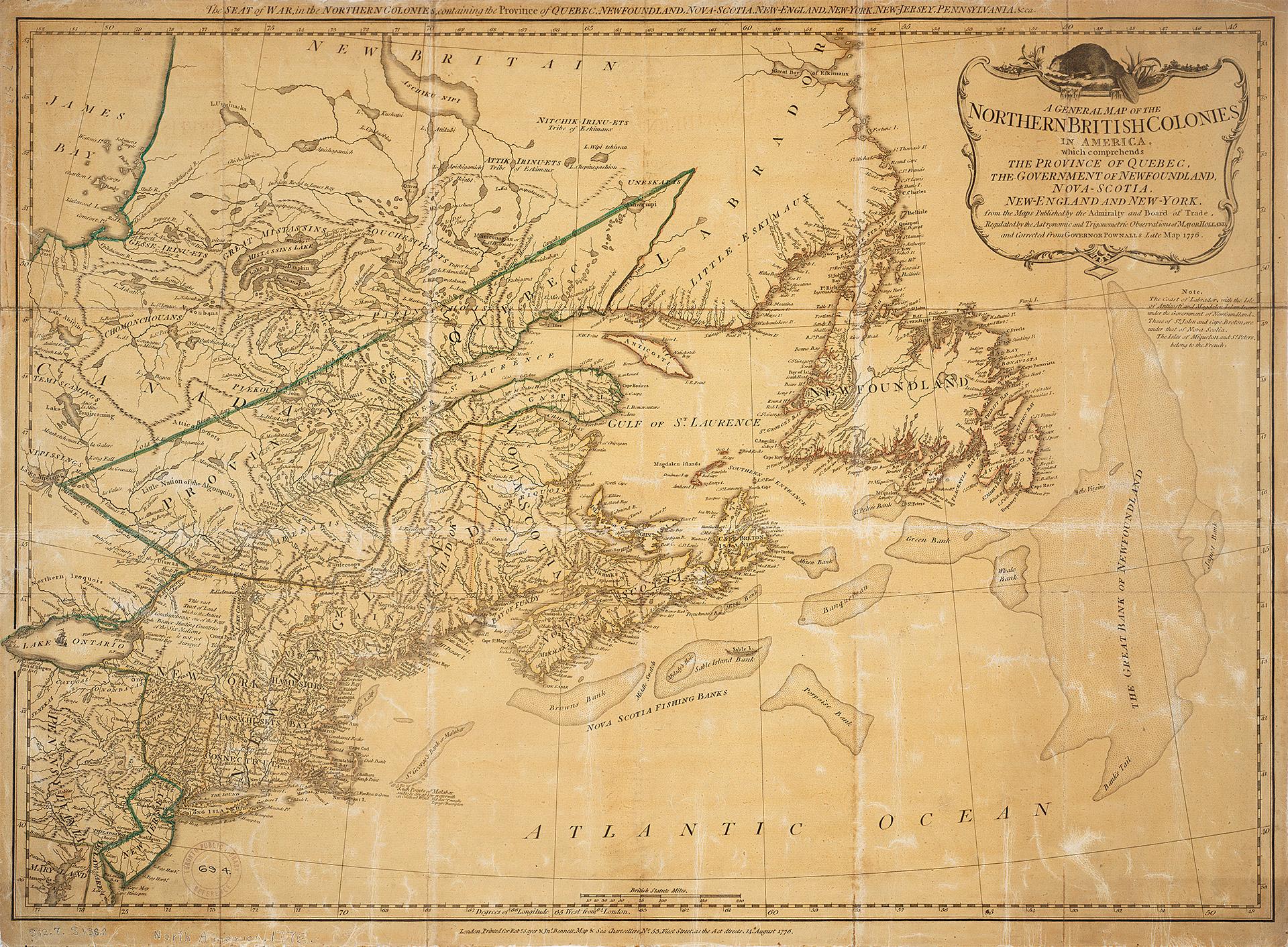 After the fall of New France to the British in 1760, cartographers continued to create important maps of Canada. British General James Murray created a map of Quebec in the years before the Treaty of Paris (1763) was signed, and three important British surveyors, namely Samuel Holland, Joseph Desbarres and James Cook, continued thereafter. Settlement in the late 1700s and early 1800s meant maps of townships and the layout of farmland were important. Hydrographic surveys also began during the 1800s, with the charting of the Great Lakes beginning in 1815 and the charting of Georgian Bay in 1883. In 1904, the Department of Marine and Fisheries began officially charting Canadian coastal waters. The preliminary sheets in Canada’s first extensive map series, the Three-Mile Sectional Maps of the Canadian Prairies, appeared in 1892. The series was abandoned in 1956 in favour of the 1:250,000 series of the National Topographic System (established in 1927).

A dam is a structure built across a waterway to control or stop the flow of water. This is called impounding the flow of water. Dams can be built by animals, such as beavers, or constructed by humans. In some cases, they are even formed by natural geological forces.

A bay is a body of water partly surrounded by land and connected to a larger body of water. It is typically bigger than a cove and smaller than a gulf. However, this is not always the case. For example, Hudson Bay is much larger than the Persian Gulf. Strictly speaking and by international agreement, to be defined as a bay, a water body’s mouth (the boundary between itself and the larger body of water to which it is connected) must not exceed 24 nautical miles. In addition, its area must exceed that of a semicircle drawn with the mouth as its diameter.

Nunavut covers 1,936,113 km2 of land and 157,077 km2 of water in Northern Canada, representing 21 per cent of the country’s total area. The territory includes part of the mainland, most of the Arctic Archipelago, and all of the islands in Hudson Bay, James Bay and Ungava Bay. Nunavut is divided by three of Canada’s seven physiographic regions. These regions are the Hudson Bay Lowlands, the Canadian Shield and the Arctic Lands.

In geography and civil engineering, a dike is a barrier or ditch limiting or preventing the flow of water. Such barriers are also called levees. While a dam stretches across a waterway, a dike usually runs along its side. Dikes can form as a result of natural forces, but most are constructed by humans. The purpose of building a dike is usually to prevent flooding. New land can also be reclaimed by using dikes to drain wetlands or to push back the boundaries of a body of water.