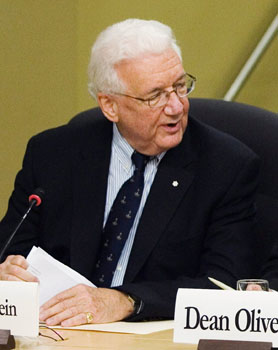 Jack Lawrence Granatstein, OC, historian, professor (born 21 May 1939 in Toronto, Ontario). One of the most prolific Canadian historians of his generation, Granatstein has written widely on Canadian history and current affairs. A professor of history until his retirement in 1995, Granatstein later became director and CEO of the Canadian War Museum from 1998-2000. He has written over 60 books and is an Officer of the Order of Canada.

Barbara Custance. Pianist, teacher, b Vancouver 20 Jun 1909, d there 8 Apr 1985; LAB 1923, honorary ARAM 1948. After early training in Vancouver she went to England in 1924 on an AB scholarship, studying at the RAM with York Bowen, Claude Pollard, and Frederick Moore.

Thomas Watson Kirkconnell, university professor and administrator (born 16 May 1895 in Port Hope, ON; died 26 February 1977 in Wolfville, NS). A professor of English and Classics, Kirkconnell became one of Canada’s most prolific translators and the recipient of honours both at home and abroad. He was a founding member of the Humanities Research Council of Canada (now the Social Sciences and Humanities Research Council of Canada). An early cultural pluralist, Kirkconnell promoted the tolerance and celebration of European cultures in Canada, a diversity he described using the tapestry metaphor.