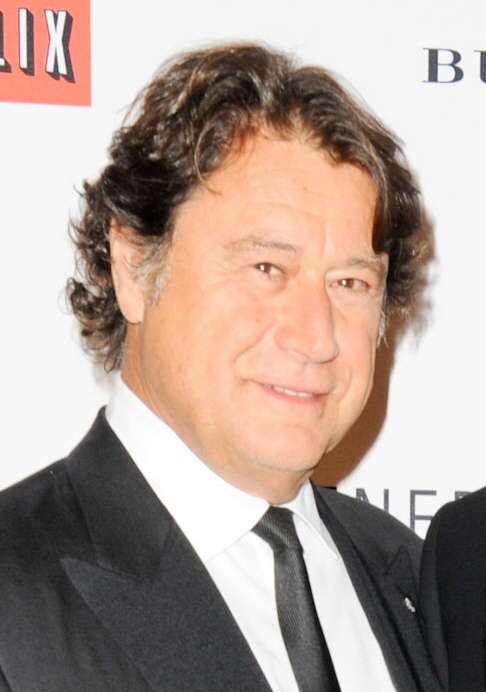 Robert Lantos immigrated to Uruguay in 1956 after his family escaped Hungary during the revolution and subsequent Soviet intervention (see Hungarian Canadians). His family spent several years in Uruguay before moving to Canada in 1963. He spent his teen years in Montréal and studied literature at McGill University, earning a bachelor of arts in 1970 and a master’s degree in 1972.

In 1975, Lantos capitalized on the benefits of the tax shelter era and founded RSL Entertainment, a production company through which he produced a number of successful feature films, including Gilles Carle’s L'Ange et la femme (1977) and George Kaczender’s In Praise of Older Women (1978). The latter film caused a sensation when it opened the Festival of Festivals (now the Toronto International Film Festival) after the Ontario Film Censorship Board deemed it too racy to screen. Lantos banked on the film’s notoriety, which helped create controversy and oversold screenings. Lantos also produced Lewis Furey’s fantasy musical Night Magic (1985), co-written by Leonard Cohen, and Ted Kotcheff’s adaptation of Mordecai Richler’s Joshua Then and Now (1985), which won five Genie Awards.

In 1985, Lantos co-founded Alliance Communications Corporation, which subsequently absorbed both Vivafilm and RSL. He became the company’s sole chairman in 1987 and took the company public in 1993. During his tenure at Alliance, he served as producer or executive producer on such high-profile Canadian films as Bruce Beresford’s Black Robe (1991), Jean-Claude Lauzon’s Léolo (1992), Atom Egoyan’s Calendar (1993), Exotica(1994), The Sweet Hereafter (1997) and Felicia’s Journey (1999), Patricia Rozema’s When Night Is Falling (1995), the Keanu Reeves sci-fi thriller Johnny Mnemonic (1995), based on a short story and screenplay by William Gibson, and David Cronenberg’s highly controversial Crash (1996), which was awarded at Cannes for its audacity. Black Robe, Exotica and The Sweet Hereafter all won the Genie Award for Best Motion Picture, while Black Robe, Johnny Mnemonic and Crash received the Golden Reel Award (now the Cineplex Golden Screen Award for Feature Film) as the top grossing Canadian film of the year.

Lantos also helped re-shape the landscape of English Canadian television, producing or executive producing such series as: the Gemini Award-winning Night Heat (1985–89), which was the first Canadian drama series to air on an American network; the TV news drama E.N.G. (1989-94), which won four Gemini Awards for Best Dramatic Series; the Western Bordertown (1989–91); the espionage drama Counterstrike (1990–93), with Christopher Plummer; and the drama North of 60 (1992–98), which focused on an Indigenous community in the Northwest Territories. Through Alliance, Lantos also launched such popular television programs as the animated series ReBoot (1994–2001) and Paul Haggis’s comedy Due South (1994–99), starring Paul Gross, which also achieved the rare feat of airing on an American network. 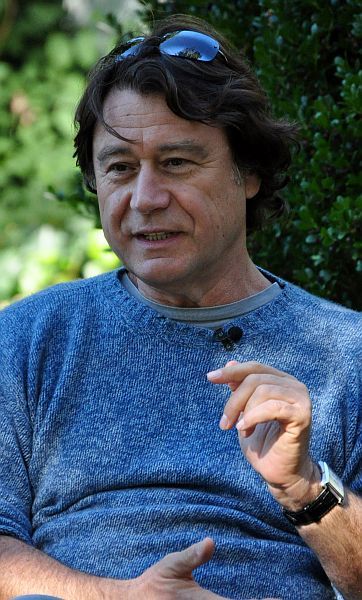 Lantos’s most personal film came in 2010 with Richard J. Lewis’s screen adaptation of Mordecai Richler’s 1997 novel, Barney's Version. Richler’s often bitingly satirical story of the various rocky relationships of Barney Panofsky, a Jewish Canadian television producer played by Paul Giamatti in a Golden Globe-winning and Oscar nominated performance, was at least partially based on Lantos himself. Lantos spent more than a decade steering numerous re-writes through development. He wrote in the Toronto Star in 2010 that there was “no way I’d let someone else make a movie mocking me. I wanted that fun all to myself.” The adaptation makes various winks to Canadian cinema and Lantos’s career, and features cameos by Canadian directors Ted Kotcheff, Atom Egoyan, David Cronenberg and Denys Arcand. Barney’s Version premiered at the Venice Film Festival and received 11 Genie Award nominations, winning seven. 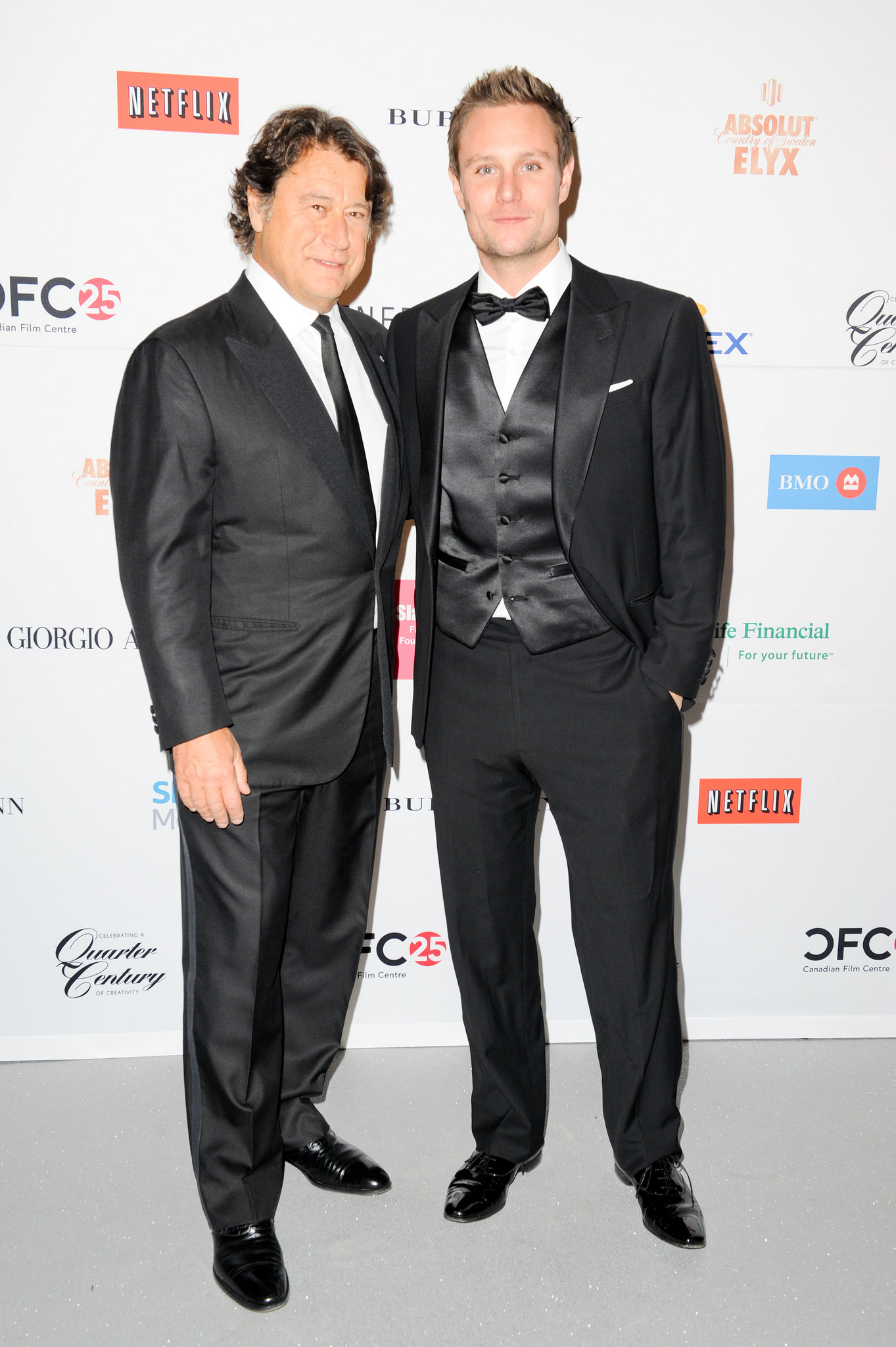 In 1991, Lantos received the Air Canada Award at the Genie Awards for “outstanding contributions to the business of filmmaking in Canada.” He has received honorary degrees from McGill University and the University of Haifa, the Feature Film Producer’s Award from the Canadian Media Productions Association and the Governor General’s Performing Arts Awards for Lifetime Achievement. He has been named to the Canadian Film and Television Hall of Fame and received an award for Producer with Unique Visual Sensitivity at Camerimage – The International Film Festival of the Art of Cinematography in Poland.

A persistent and often outspoken proponent of Canadian talent, Lantos has championed the growth of a Canadian industry and encouraged peers to avoid competing with Hollywood. “Canadian films are viewed as way off-centre, and that’s the place they belong,” he told the Globe and Mail in 2000. “The centre is owned and dominated by the Hollywood studios. Anyone who aims to dislodge them is kidding himself or herself and is pretty well doomed to fail.”

Lantos has two children, Ari and Sabrina, with actress Jennifer Dale, to whom he was married from 1980 to 1986. His son has produced several projects with his father at Serendipity, including the romantic comedy The Right Kind of Wrong (2013) and the horror/musical Stage Fright (2014). Robert Lantos is an ardent supporter of Israel and an outspoken critic of international efforts to influence Israel’s relations with Palestine through boycotts, divestments and sanctions.