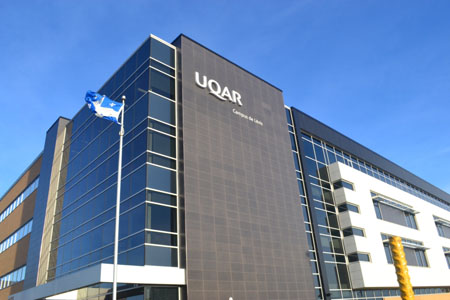 UQAR owns two campuses that are located 300 km apart on the south shore of the St Lawrence River, in Rimouski and Lévis. Situated by the river, the Rimouski campus makes of UQAR the northernmost university in Québec. Marine science (see Oceanography), regional development and nordicity are areas of research excellence that particularly influence many of the education and research programs offered at UQAR.

In Rimouski, UQAR offers several programs in the fields of biology, chemistry, geography, letters and humanities, computer science and engineering, psychology and social work, science education, marine science, nursing, management and social and territorial development. The education offered in Lévis is concentrated in the fields of administration, education, social work and nursing.

UQAR programs embrace a multidisciplinary approach and integrate field trips and internships in the workplace. UQAR’s students also have the possibility to study one or two semesters abroad as part of their regular program, while paying no more tuition than when studying in Québec. These periods of study abroad take place in the context of student exchange programs (SEP) managed by Bureau de coopération interuniversitaire (BCI), which has so far signed agreements with partners in 24 countries.

Over the years, the quality of its infrastructures, education and research, the development of areas of research excellence and the numerous awards won by UQAR have earned it broad recognition, both nationally and internationally.