The collapse of O&Y Developments Ltd in 1992 put Abitibi in the hands of a consortium of banks. In 1994 the banks divested themselves of Abitibi through a share offering. In May of 1997, Abitibi-Price and Stone Consolidated merged to form Abitibi Consolidated. In addition to newsprint, the company produces groundwood papers, fine papers, kraft pulp, building products and lumber and also has paper-converting operations and a major distribution network for printing papers and industrial paper products in Canada and the US.

Net sales for 1998 were $3.3 billion. Low newsprint prices and uncertainty over ownership led to significant losses during the early 1990s. Restructuring and modernization produced a profit in the final quarter of 1994, the company's first quarterly profit since 1989; in 1995, a profit of $350 million (US) was achieved. After a profitable 1996 it returned to net losses the next two years, with a loss of $31 million (Cdn) in 1998. A strike by the Communications, Energy and Paperworkers Union shut down operations in 10 of Abitibi Consolidated's 19 mills for 5 months in 1998. In 1999 Abitibi Consolidated announced the formation of the Pan Asian Paper Company (PAPCO), a joint-venture with Norske Skog and Hansol Paper Company that combined the companies' Asian ventures. 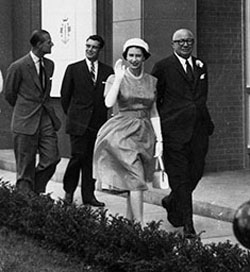