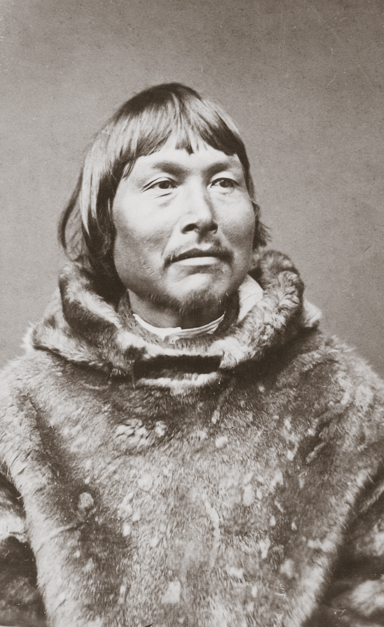 Abraham Ulrikab, a 35-year-old Inuk (Inuit person) was from the Moravian mission of Hebron, Labrador, located at the southern edge of the Torngat Mountains. He was a fisherman and hunter, the son of Paulus and Elisabeth, husband of Ulrike and father of two young daughters, 3-year-old Sara and 9-month-old Maria.

A devout Christian and educated by Moravian missionaries, Abraham was literate in Inuktitut, spoke some English and German, and played music. He held the position of first violin at the church in Hebron.

In 1880, life was extremely hard in northern Labrador, and Abraham encountered much difficulty providing for his family. In his diary, he wrote “because I was in deep misery, I often prayed to God to help me to free myself from this and to hear my sighs, because I even wasn’t able anymore to take care of my relatives.” 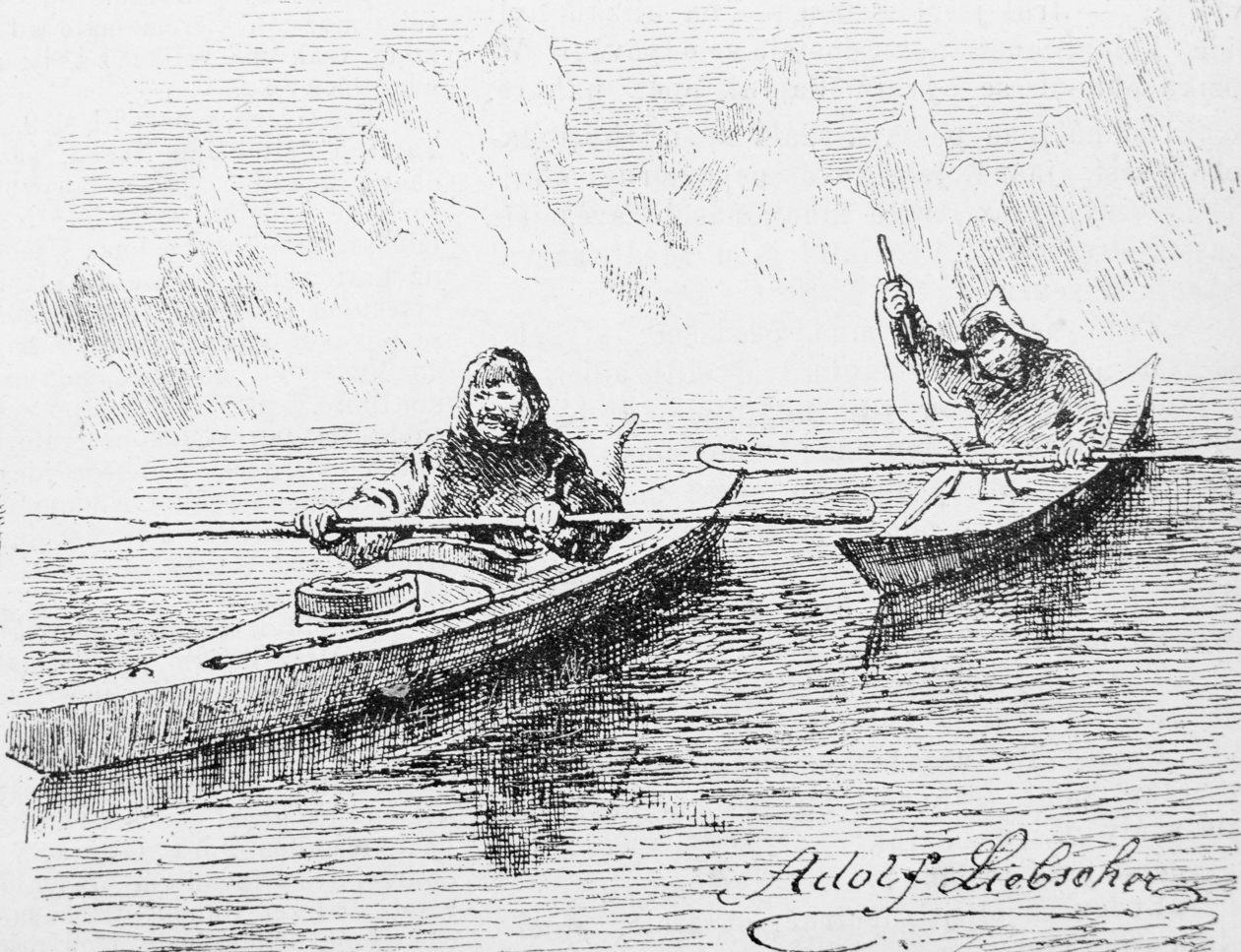 Decision to Travel to Europe

On 8 August 1880, Norwegian Johan Adrian Jacobsen, an agent for German zoo owner Carl Hagenbeck, arrived in Hebron to recruit a dozen or so “Eskimos” (an offensive term for Inuit). In exchange for good pay, these individuals would travel throughout Europe to exhibit themselves in front of the European public and would be brought back home the following summer.

The Moravian missionaries were appalled at Jacobsen’s offer, and at first no Inuit accepted it. But one man, Abraham, agreed to become Jacobsen’s interpreter and to lead him into Labrador’s northern fjords where he could talk to non-Christian Inuit.

In Nachvak, Abraham convinced another family of three to go with Jacobsen to Europe. Shortly afterward, George Ford, the Hudson’s Bay Company post manager at Nachvak, persuaded Abraham to travel to Europe with his wife and daughters as well. In Jacobsen’s own diary entries of 19 and 20 August 1880, he wrote that he promised Abraham a new suit and “provisions” (supplies) for his mother if he persuaded other Inuit to go to Europe. Jacobsen also promised that Abraham and his Inuit family and friends could return to Labrador “next year.”

As Abraham explained in a letter, he perceived Jacobsen’s offer as God’s answer to his prayers. The money to be earned would allow him to reimburse his own and his late father’s debts at the Moravian store. Other strong incentives included the opportunity to see Europe’s splendours, to meet with Moravian missionaries he had befriended in Labrador, and to visit other Moravian communities.

On 26 August 1880, Jacobsen set sail for Europe accompanied by eight Inuit, including Abraham and his family, their dogs and komatiks (see Dogsledding), kayaks, as well as fishing and hunting gear. 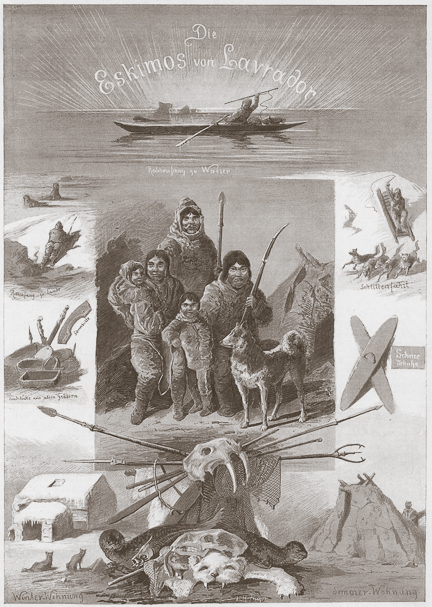 Being Exhibited in Europe

The group arrived in Hamburg, Germany, on 24 September 1880. Their first show was held at Carl Hagenbeck’s menagerie, where wild animals were kept in captivity for public exhibition. In mid-October, they were moved to the Berlin Zoo. Separated by a fence, visitors could observe the Inuit going about their day-to-day activities or demonstrating their traditional skills such as seal hunting or kayaking.

Abraham started writing his journal around 22 October by stating how unpleasant life was in Berlin because of the crowds and the constant city noises. Homesickness settled in very quickly. Less than one month after his arrival in Berlin, he said: “It is too long until the year is over because we would very much like to return to our country, because we are unable to stay here forever, yes indeed, it is impossible!”

The Inuit’s show was then taken to Prague and Frankfurt. In mid-December, in Darmstadt, Germany, a 15-year-old Inuk girl died suddenly. Shortly after Christmas, in Krefeld, her mother passed away as well as Abraham’s three-year-old daughter, Sara. Doctors had been called in but could not diagnose that smallpox had killed the 15-year old Inuk girl and her mother; however, Sara was diagnosed as having smallpox.

Abraham and the remaining four Inuit arrived in Paris on 31 December 1880. French authorities requested that they be immediately vaccinated. Unfortunately, it was already too late, as all had contracted smallpox. The Inuit were exhibited at the Jardin d’Acclimatation in Bois de Boulogne and, on 9 January 1881, they were all admitted to the smallpox ward of Hôpital Saint-Louis where, one after the other, they died. Abraham passed away on 13 January 1881. The last survivor, his wife Ulrike, died on 16 January.

The Inuit were buried in a common grave in St-Ouen cemetery. In 1885, the Muséum national d’histoire naturelle was authorized to exhume their bodies (which was undertaken in 1886) so that their skeletons could be added to its anthropological collections, where they are still.

Also, Abraham is one of the three Inuit whose brain was sent to the laboratory of the Société d’anthropologie de Paris for further study. A plaster cast of it was preserved by the Musées anatomiques Delmas-Orfila-Rouvière. The museum closed in 2011 and the plaster cast is now owned by the Université de Montpellier.

Of the estimated 35,000 people who were exhibited in human zoos from the mid-1870s to the late-1950s, Abraham is one of a handful to have left notes describing his experience as a participant.

In the summer of 1881, Abraham’s diary, written in his mother tongue, Inuktitut, was returned to Hebron along with other personal belongings. A Moravian missionary translated it to German and later a copy of this translation was uncovered in 1980 in the Moravian archives in Bethlehem, Pennsylvania. An article was published in Canadian Geographic which triggered German professor Hartmut Lutz and his students from Greifswald University to translate the diary from German to English. Their work was published in 2005 under the title The Diary of Abraham Ulrikab: Text and Context. The original diary in Inuktitut has yet to be found.

Since the discovery of Abraham’s skeleton was publicly announced in 2014, the Nunatsiavut government has consulted its population, searched for living relatives and is now writing its official repatriation protocol (see Repatriation of Artifacts). Once this protocol (first diplomatic draft) is finalized and approved, they will use it as a guideline for requesting the repatriation of Abraham’s remains, to bring his skeleton back to Canada for proper burial.

In 2013, Canada and France signed a cooperation agreement where both countries committed to “Work with the appropriate authorities to help to repatriate Inuit bones from French museum collections to Canada.”

The repatriation of Abraham’s remains would represent the end of a long journey abroad for the Inuk fisherman, hunter, father and husband. On the eve of being admitted to Hôpital Saint-Louis, Abraham wrote: “I do not long for earthly possessions, but this is what I long for: to see my relatives again.” 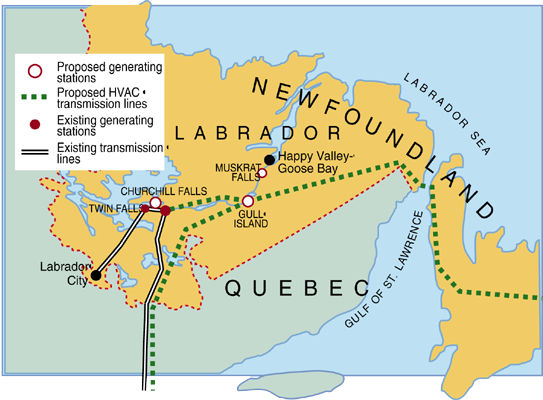