Active citizenship is an umbrella concept regarding the rights and responsibilities of citizens. It urges people to be more engaged with the world around them. Practicing active citizenship can be as simple as volunteering at a food bank or as complex as organizing with others to tackle a serious global problem, such as climate change.

Active citizenship is an umbrella concept regarding the rights and responsibilities of citizens. It urges people to be more engaged with the world around them. Practicing active citizenship can be as simple as volunteering at a food bank or as complex as organizing with others to tackle a serious global problem, such as climate change. 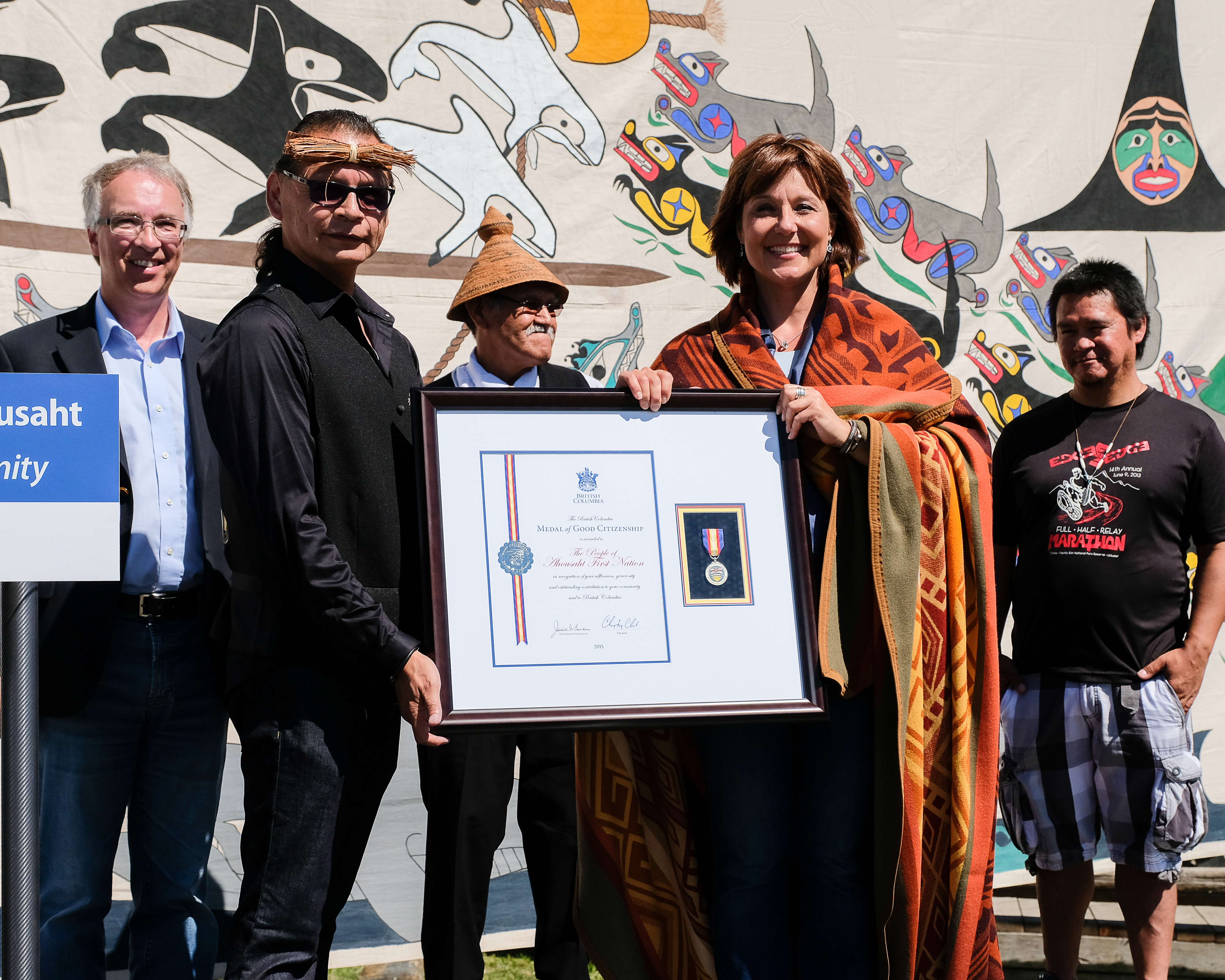 The District of Tofino and the People of Ahousaht First Nation Community are honoured with the medal for the selfless dedication demonstrated in October 2015, when coming to the assistance of the families and victims of the sinking of the Leviathan II in Tofino (12 August 2016).
(courtesy Province of British Columbia/Flickr)

What Is Active Citizenship?

Active citizenship is a concept that covers both the rights and responsibilities of citizens. Core values of active citizenship include participation and belonging to a caring community. Advocates urge people to pursue the public good above the narrower interests of their private lives. They encourage people to be more involved in their neighbourhoods, their social groups and the global community to change the world for the better.

As a parliamentary democracy, Canada gives many rights to its citizens. (See Canadian Charter of Rights and Freedoms.) These include the right to vote, the right to a fair trial and the right to move freely around the country. Citizens also enjoy freedom of religion, expression, thought, belief, peaceful assembly and association.

Canadian citizenship comes with responsibilities. Citizens are expected to obey Canada’s laws and respect the rights and freedoms of others. They are also expected to participate in their communities. This includes voting in elections and engaging in the democratic process. (See also Political Participation in Canada.)

Volunteering lies at the heart of active citizenship. As a 2011 United Nations report stated, “Volunteerism is an act of human solidarity, of empowerment and of active citizenship.” Those who are interested in global issues might volunteer for organizations that feed or offer health care to people in war zones and developing countries. These include Oxfam International, International Committee of the Red Cross and Doctors Without Borders. Others might help national charities, such as the Canadian Cancer Society; or local charities, such as Meals on Wheels. Some organize neighbourhood watch groups, protest unwanted development or campaign for more affordable housing.

Other examples include volunteering at a homeless shelter; picking up groceries or prescriptions for housebound neighbours; attending or presenting at community forums; and organizing a network to lobby for a particular policy. Even a simple act like recycling contributes to the greater good by reducing waste.

Examples of active citizenship are many and varied. When he was 12 years old, Craig Kielburger read about the murder of Iqbal Masih. Masih was a former child slave who had campaigned against child labour in Pakistan. Fuelled by a desire to address this injustice, Kielburger and his brother, Marc, went on to found WE Charity (formerly Free the Children). It works to educate and mobilize youth around the world.

It can be an act of active citizenship to promote active citizenship by others. The Institute for Canadian Citizenship is a charity founded by former governor general Adrienne Clarkson and author John Ralston Saul. It encourages acts of citizenship through volunteerism and other actions. One focus of the institute is to help immigrants integrate into Canadian cultural and political life. 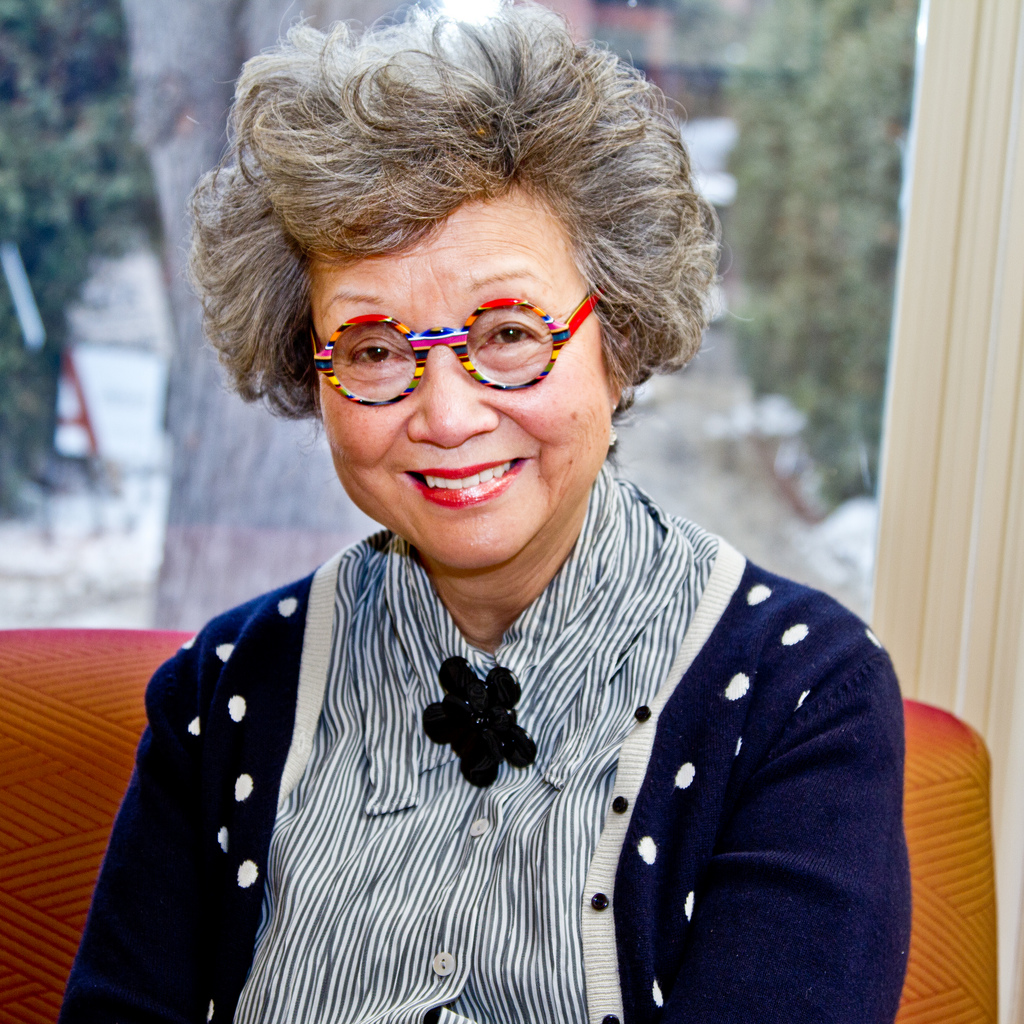 Why Is Being an Active Citizen Important?

There are many benefits to active citizenship. A face-to-face meeting with neighbours can create a sense of community and belonging. As Vancouver community activist Charles Dobson wrote, “A culture that promotes privacy is good for business, but it’s not good for people.” Taking part in one’s community can also reduce loneliness and social isolation.

By working in groups, people can solve problems that might have otherwise overwhelmed them. As well, local residents can have a better sense of neighbourhood needs than municipal government workers and bureaucrats.

Some governments and nongovernmental groups encourage civic engagement by people that are often under-represented in legislatures. These include the poor; youth; women; immigrants; and racial and sexual minorities. Their hope is that deeper democratic participation will contribute to social cohesion. In Canada, recent immigrants are encouraged to become active citizens in part because it helps them rapidly integrate into society.

While active citizenship asks people to look at the greater good, there is also an element of personal fulfillment. As Craig Kielburger said in 2004, “We think people have reached a point in their lives where they are asking, ‘Is this it? Is this all there is?’ We hope to inspire them to become more connected with their community, inspire them to take small and large steps to help people.” 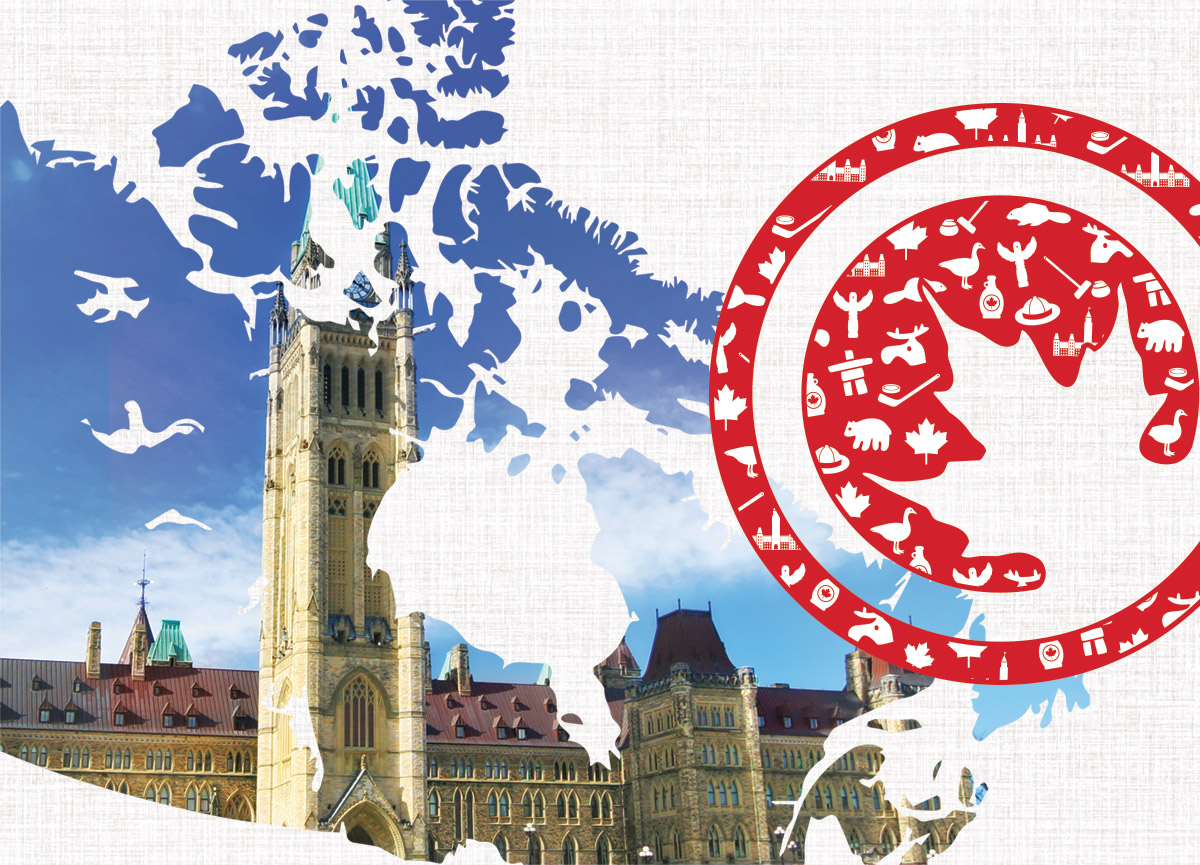 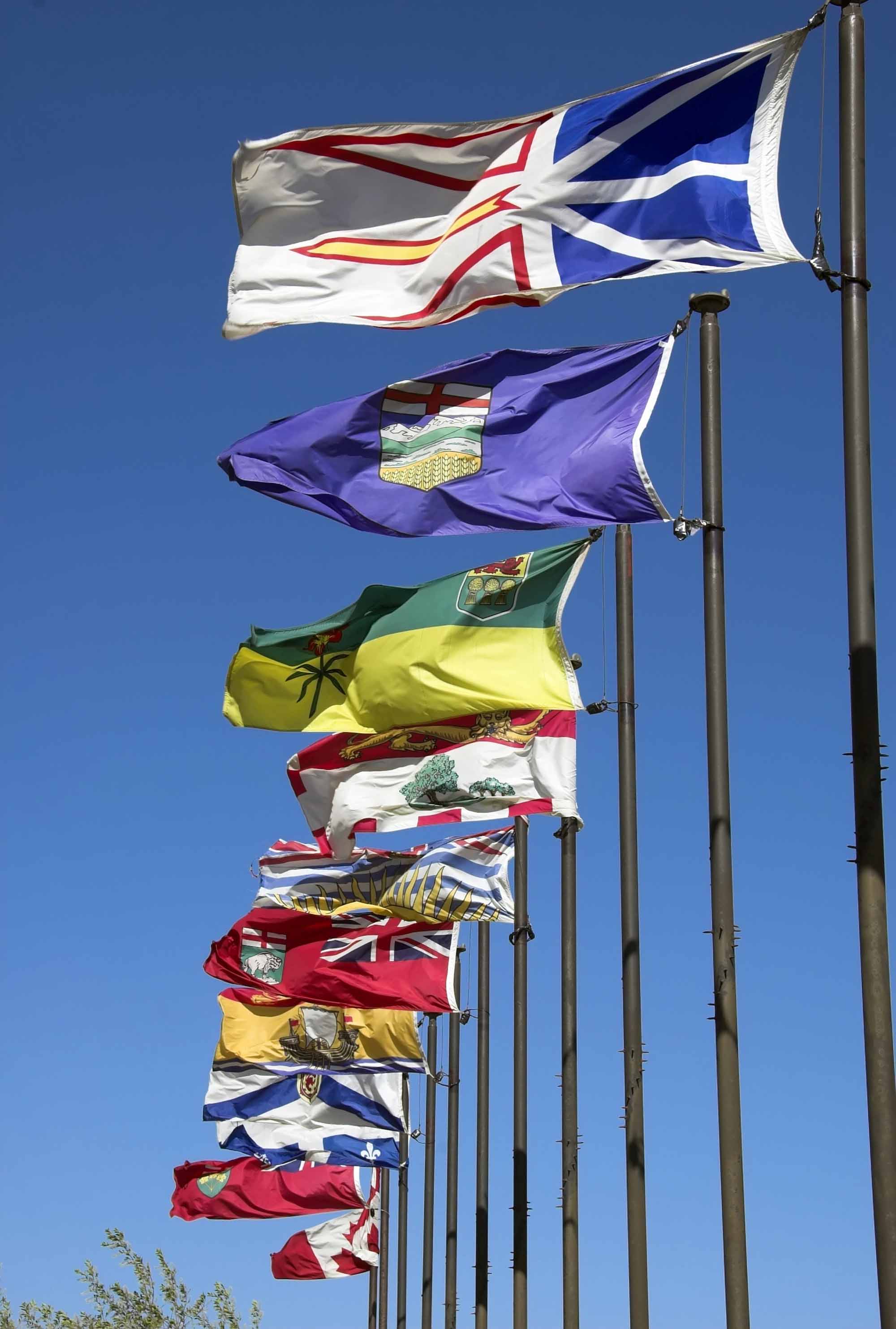 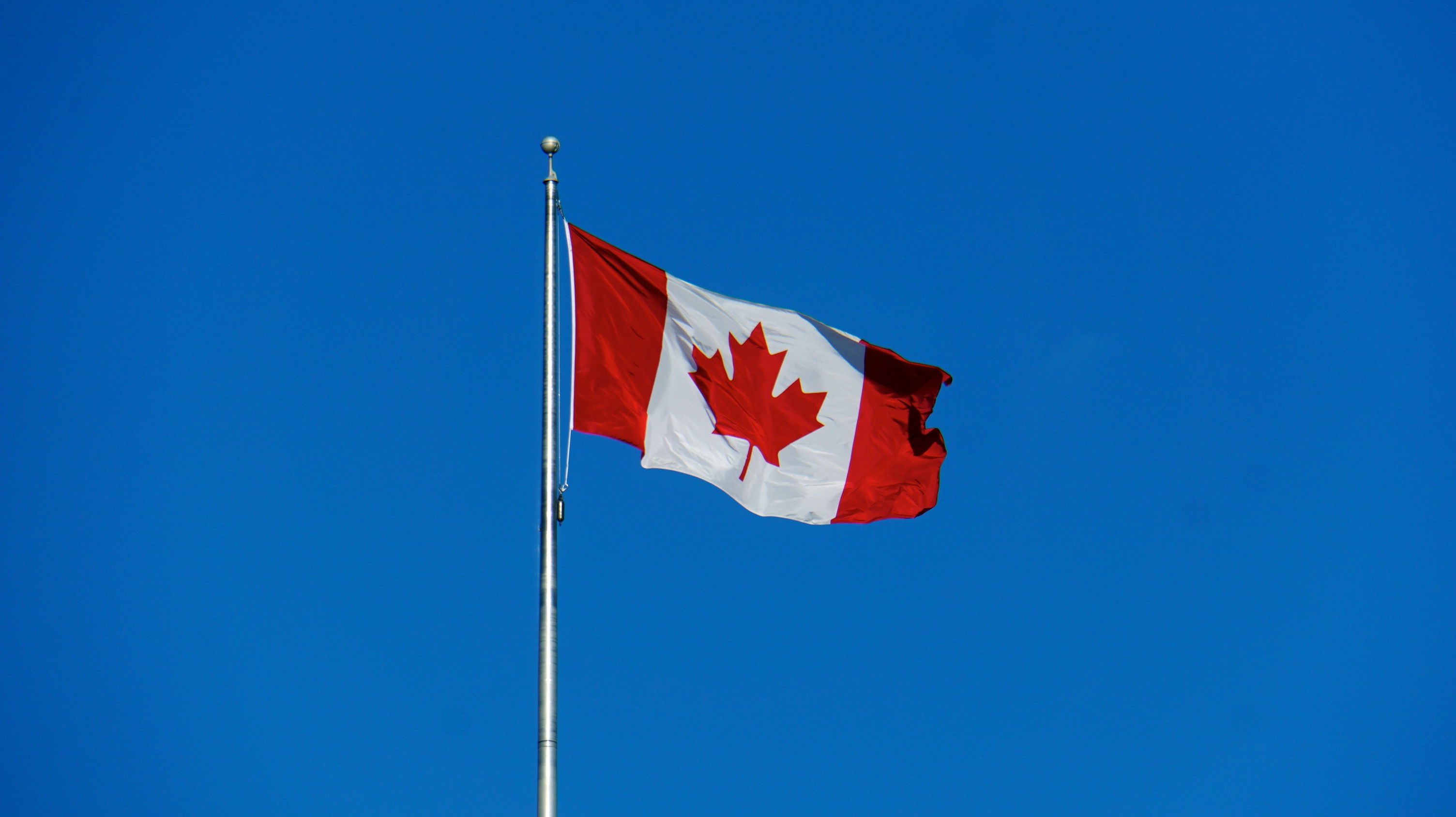