Alexander Chuhaldin. Violinist, teacher, conductor, composer, b Vladikavkas, North Ossetia-Alania, 27 Aug 1892, d Victoria, BC, 20 Jan 1951. At eight he entered the Imperial Cons of Moscow, studying violin with Jules Conus, and at nine he appeared in public. He joined the Imperial Grand Opera (later the State Opera) orchestra in 1913 and became concertmaster in 1922. In 1923 he began teaching violin at the State Conservatory, and in 1924 he toured Asia, Australia, and New Zealand. He moved to Toronto in 1927, and later joined the staff of the TCM, where his pupils included Murray Adaskin, Harry Bergart, Isidor Desser, Betty-Ann Fischer-Byfield, Hyman Goodman, Blain Mathé, and Albert Pratz. A radio conductor for the CRBC and then for the CBC ('Symphonic Strings,' 'Melodic Strings,' and 'CBC Strings'), Chuhaldin gave the premiere of Britten's Young Apollo, which was written for 'Melodic Strings' and dedicated to the conductor, in a broadcast performance with the composer at the piano 27 Aug 1939. He was a guest conductor of the WPA Civic Symphony in New York in 1936 and of the TSO in 1941. In 1948 he became conductor of the newly formed Forest Hill Community Orchestra in Toronto. Chuhaldin wrote five pieces for solo violin, published by Paling & Co (Australia) or Thompson, several works for string orchestra (listed in Catalogue of Canadian Composers), and over 30 transcriptions for string orchestra (some published by C. Fischer). 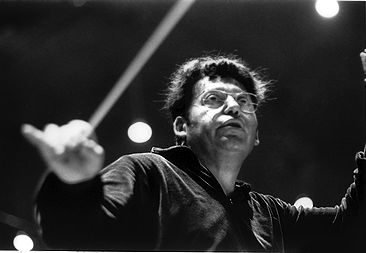