Alexander Murray, geologist, explorer (b at Crieff, Scot 2 June 1810; d there 18 Dec 1884). Murray served in the Royal Navy 1824-35, and then in 1837 immigrated with his young bride to Woodstock, Upper Canada. Their arrival coincided with the 1837 Rebellion; he served in the naval brigade that destroyed US steamer Caroline. The Murrays returned to England in 1841, the same year the Canadian Parliament authorized a geological survey of the United Provinces. Learning of this, Murray studied geology. He received an appointment in 1842-43 to the Geological Survey of Great Britain. When William Logan was appointed director of the Geological Survey of Canada, he selected Murray as an assistant.

In May 1843 the Murrays returned to Canada. In 1851 he discovered the petroleum seepages near Black Creek, Canada West, which later became the location of the world's first drilled oil well; in 1856 he identified the first known nickel mineralization in the Sudbury Basin. Murray practically single-handedly mapped the geology of Canada West as recorded in Geology of Canada (1863). In 1864 he became first director of the Geological Survey of Newfoundland, at a time when the Island was virtually unexplored. Despite being crippled by an injury, within 10 years Murray had completed a topographical and geological map of the Island and co-published a report entitled Geological Survey of Newfoundland (1881), which showed that mineral, timber and agricultural resources were present in the interior. 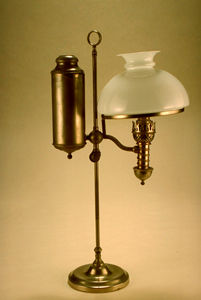