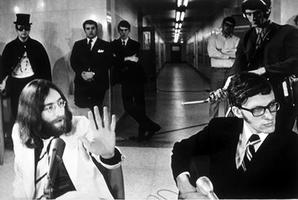 With John Lennon (left) at a University of Ottawa peace conference in 1969 (courtesy Maclean's).

Allan Michael Rock, P.C., B.A., LL.B., Q.C., lawyer, legal educator, politician (b at Ottawa, Ont 30 August 1947). Prior to his election as Liberal MP for the Ontario riding of Etobicoke Centre (1993-2004), Rock was a Toronto trial lawyer who served for 10 years as a "Bencher", then head (1992) of the Law Society of Upper Canada, in addition to being principal lecturer in litigation and procedure for Ontario's bar admission course.

On November 4, 1993 Rock was appointed Minister of Justice and Attorney General for Canada. During an activist first year, he tabled amendments to the Young Offenders Act introducing tougher, national sentencing guidelines in addition to legislation overseeing the first major overhaul of the Criminal Code since 1985. After unveiling sweeping gun control proposals including the mandatory registration of firearms and a ban on certain military and para-military weapons, he also reaffirmed his intention to tackle in 1995 the controversial issue of amending the Canadian Human Rights Act to prohibit discrimination in areas of federal jurisdiction based upon sexual orientation (see Homosexuality). 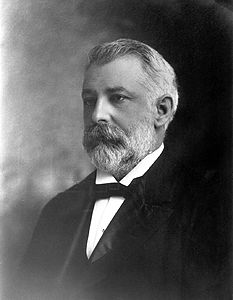