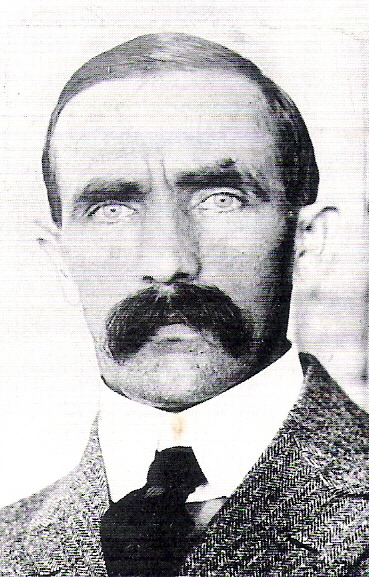 Ambrose Joseph Small was born in 1866 in Bradford, Canada West, to Daniel and Ellen Small. By 1880, Small’s family had moved to Toronto, where Daniel became the manager of the Grand Hotel. Next door to the hotel was the Grand Opera House, a prestigious establishment that presented the best shows coming out of New York. About 1884, young Small began working at the opera house as an usher and bartender. He was also involved in an illegal bookmaking operation taking bets on horse races (see Gambling). 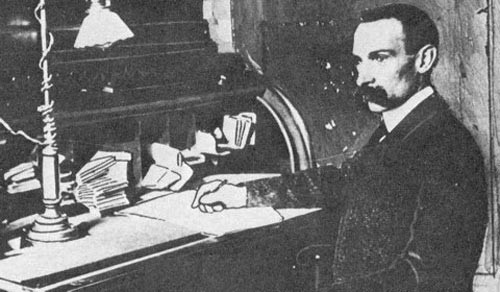 In 1889, after a quarrel with Grand Opera House manager Oliver B. Sheppard, Small went to work for the Toronto Opera House, a venue for vaudeville and popular melodrama on the touring circuits controlled from New York and Montreal. While Small learned the intricacies of the business and was eventually promoted to manager, his mother died. His father married Josephine Kormann, daughter of wealthy beer baron Ignatius Kormann. 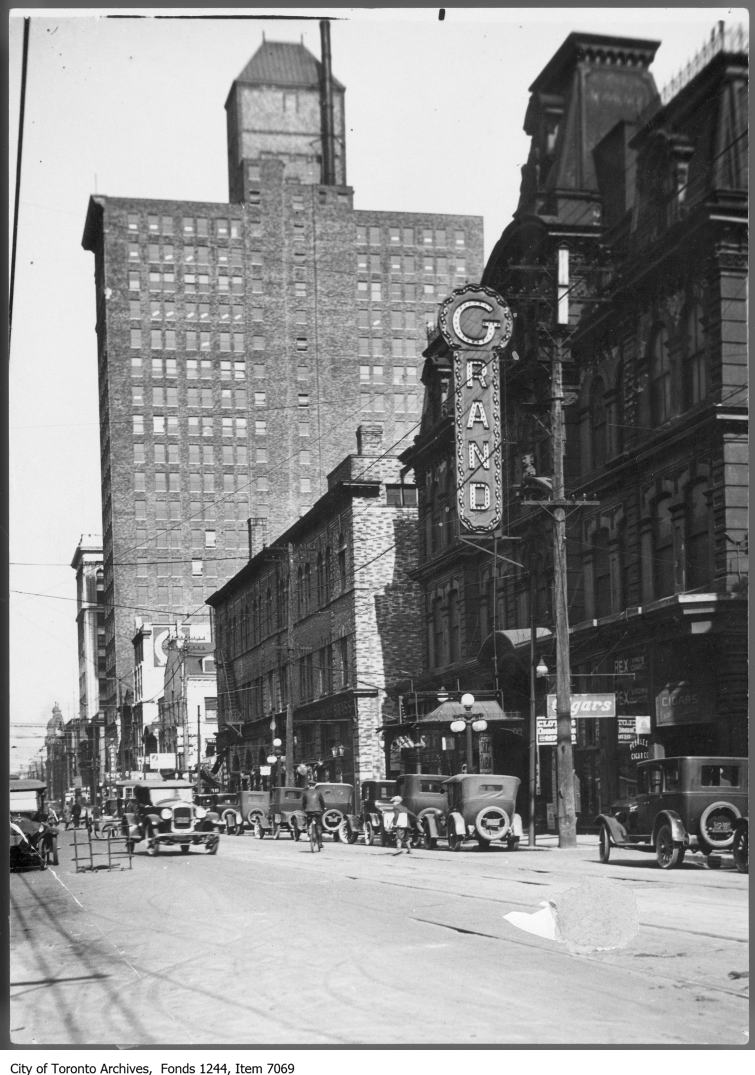 Small was an ambitious and shrewd businessman. Within a few years he had accumulated enough capital to buy the mortgage on the Grand Opera House. He eventually fired Sheppard.

Small fought his way to the forefront of Ontario’s highly competitive theatrical business. He understood public tastes in entertainment and readily adapted to change. He went into partnership with Detroit theatre mogul Clark J. Whitney, who controlled a major circuit in Ontario. When Whitney died in 1902, Small bought up theatres in Peterborough, Hamilton, St. Thomas, Kingston and other communities across Ontario. He leased others. They all depended on him for booking shows because he had taken control from the New York syndicates. Small ran an empire of 34 theatres, half of which were outside Ontario. Stars of the stage who wanted to perform in those theatres had to deal with Small.

In 1902, Small married Theresa Kormann, his stepmother’s younger sister. Their combined financial assets made the couple very rich. But aside from their mutual desire to accumulate more wealth, they had little in common. Theresa was a devout Roman Catholic with a great interest in the arts and in doing charitable works. Small was a gambler and womanizer. Theresa took shopping holidays in Europe, and Small vacationed at racetracks in the United States. He had a secret chamber built in the Grand Opera House for his trysts with chorus girls — of which his wife was aware. Theresa even found a bundle of love letters Small’s mistress had written to him. The Smalls lived in an opulent mansion in Toronto’s affluent Rosedale district, but they slept in separate bedrooms. They had no children. 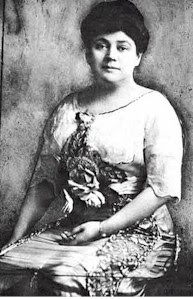 Small gained a reputation for being ruthless and unscrupulous. He allegedly enjoyed finding means of cheating associates. He planted business contracts with clauses he called “jokers” that worked to his financial advantage. Small was also suspected of using his influence to “fix” horse races. His quarrelsome nature and his underhanded methods made him widely hated. Toronto journalist Hector Charlesworth, who knew Small personally, commented in his book More Candid Chronicles (1928), “If I heard once, I heard a score of times the ominous words: ‘Somebody will get Amby some day.’”

By 1919, live theatre was in decline due to the growing popularity of motion pictures. Small decided to get out of the business. He struck a deal to sell his chain of theatres to Trans-Canada Theatres Limited of Montreal for $1.7 million. One million dollars was payable upon signing of the document of sale and the rest would be paid by installments.

On 2 December 1919, Small, Theresa and attorney E.W.M. Flock met Trans-Canada Theatres representative W.J. Shaughnessy in the legal office of Allen Aylesworth, located at 65 Yonge Street in Toronto. The document was signed, and Shaughnessy gave Small a certified cheque for one million dollars. Small passed the cheque to Theresa and told her to take it to their bank. Theresa made the deposit in the Dominion Bank at the corner of Yonge and King streets at 11:45 a.m. Weeks would pass before news of the sale was reported in the press.

Ambrose, Theresa and Flock met for lunch at the King Edward Hotel, after which Ambrose and Theresa went to the St. Vincent de Paul Orphanage, where Theresa made a donation. Theresa later stated that when they parted company, Small said he’d be home by six o’clock. That afternoon, Theresa told her sister that she and Small planned to travel the world.

After ordering a Cadillac, jewellery and fur coat for Theresa, Small met Flock at his theatre office to clear up some business matters. He invited Flock to join him and Theresa for dinner, but Flock had to catch a train to London. Flock left Small’s office at 5:30 p.m. He was the last person known for certain to have seen Small. After that, Ambrose Small vanished. 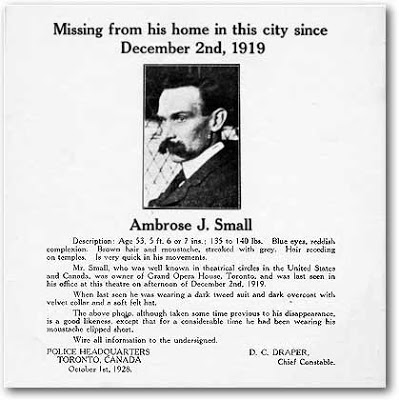 Missing person poster issued by the Toronto police in 1928. Small had been missing since 2 December 1919.

Two weeks passed before the Toronto police became aware that Small was missing. Theresa claimed that she hadn’t reported it out of fear of a scandal. “I believe my Amby is in the hands of a designing woman, somewhere, and will come back,” she said. Nonetheless, she offered a $500 reward for information on his whereabouts and had circulars distributed across Canada and the United States.

Small hadn’t packed any suitcases and wasn’t carrying much cash. Police found no evidence of him paying for transportation or accommodation by cheque. Newspapers reported sightings of him in various cities, including Boston and Minneapolis, but those reports proved to be groundless; as was a story that he’d been kidnapped by New York gangsters. 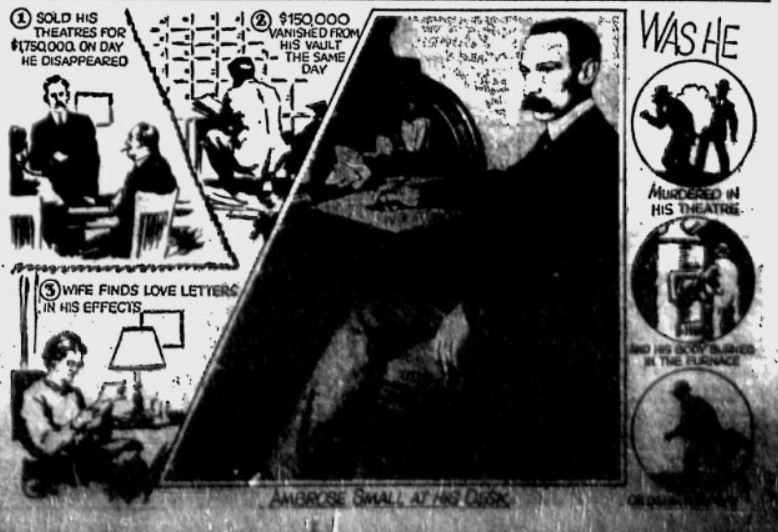 Sequence of events illustration from The Milwaukee Journal, 28 September 1932.

When Theresa increased the reward for information to $50,000, the Small story became an international sensation. Reports of alleged “sightings” came from as far away as Mexico. Self-professed clairvoyants offered their services (see Spiritualism). In New York City, reporters asked visitor Sir Arthur Conan Doyle, creator of Sherlock Holmes, if he was going to help the Canadian police find Small. Rumours circulated that Small was in hiding, that he was wandering around somewhere with amnesia; but the speculation that had the greatest possibility of being true was the one that he’d been murdered and his body disposed of.

The first principal suspect was James Doughty, Small’s personal secretary. Doughty had worked for Small for years and had often complained about his tiny salary. Doughty disappeared soon after Small did, along with about $100,000 in bonds from Small’s safety deposit box in the Dominion Bank. Police learned from informants that Doughty had spoken of plots to kidnap or murder Small. Doughty was eventually arrested in Oregon. He confessed to stealing the bonds and was sentenced to a term in prison. But because police had no proof that Small was dead, they couldn’t charge Doughty with murder.

Small’s sisters, Gertrude and Florence, believed Theresa had conspired to have him murdered. After investigators found no evidence connecting her to any wrongdoing, the sisters accused the Toronto police of involvement in a “papist” plot. The police subsequently dug up the basements of the Small mansion and the Grand Opera House, and a ravine in Rosedale, but found nothing. The sisters hired a private detective who also failed to find any trace of Small, but who carried out a smear campaign against Theresa.

In 1923, the Supreme Court of Ontario declared Small officially dead and upheld his will, which left most of his estate to Theresa. She died in 1935, bequeathing the bulk of the estate to Catholic charities. In 1960, the Toronto police officially closed the Small case. 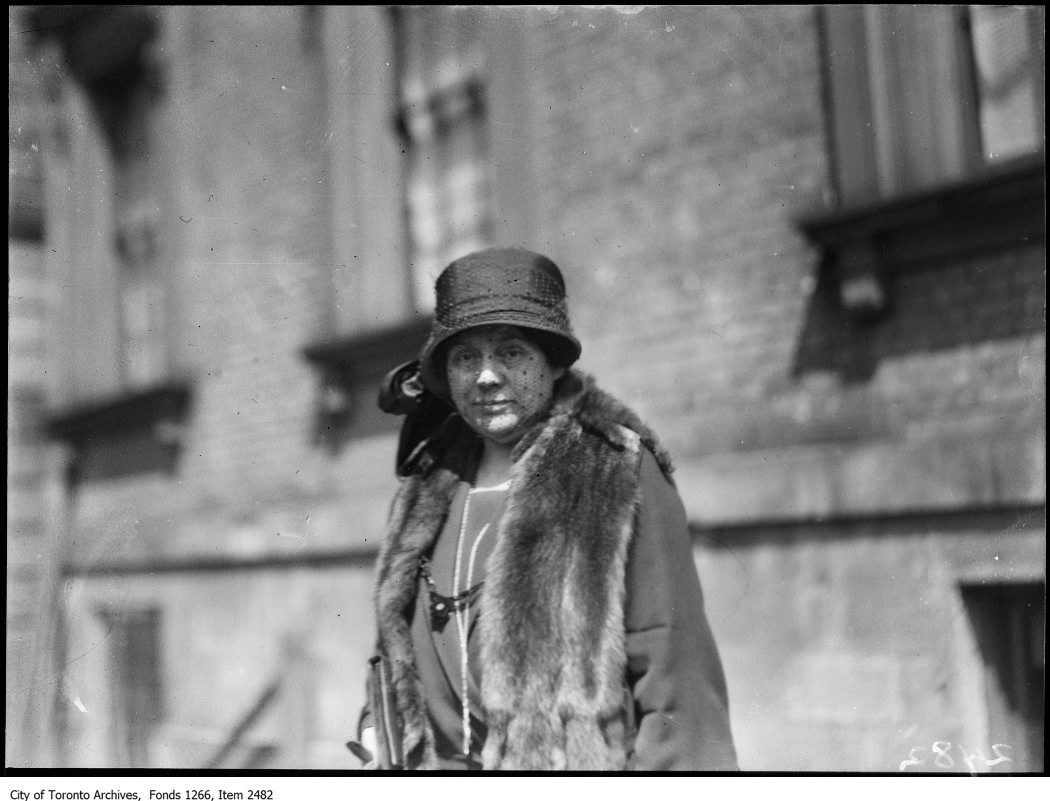 Speculation over Small’s fate has continued, and the case has been the subject of magazine articles, books, paintings and a radio play. In Twenty Mortal Murders (1978), Canadian author Orlo Miller made a case for Small’s body being incinerated in the furnace of the Grand Theatre in London, Ontario. A recent study by Canadian crime historian Peter Vronsky offers a theory that Theresa was involved in Small’s murder and the police officer in charge of the investigation staged a cover-up. The most notable fictional treatment is in Canadian author Michael Ondaatje’s 1987 novel, In the Skin of a Lion. The Small case remains an iconic Canadian mystery.