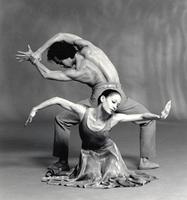 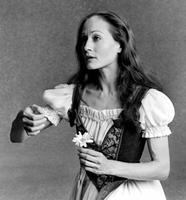 Andrea Gail Boardman, dancer (born at Levittown, Pennsylvania 11 April 1960). Andrea Boardman began her ballet studies in New Jersey, later attending the National Academy of Dance in Champaign, Illinois, where she was awarded a first prize in the National Merit Scholarship Awards. In 1977 she began her professional career with the National Ballet of Illinois, and in 1978 she joined Ballet Repertory, the American Ballet Theater's second company, and worked with Richard Englund, Jeremy Blanton and Gretchen Warren. She came to Les Grands Ballets Canadiens in 1980, where she was recognized for her lithe physicality, sparkle and technical brilliance. She stayed with the company for 21 years.

Boardman was promoted to principal dancer in 1985. She danced in over 75 ballets of the company's repertoire, and distinguished herself in the great trademark classical roles in works such as Giselle, The Nutcracker (where she played the Sugar Plum Fairy), Raymonda, Coppélia, La Sylphide and La Fille mal gardée. Her tremendous talent gave her the opportunity to interpret the works of George Balanchine, Jirí Kylìan, Hans van Manen, José Limón, Ohad Naharin, Mark Morris, as well as a roster of Canadian choreographers, including Fernand Nault, Brian Macdonald, Judith Marcuse, David Earle, Christopher House, James Kudelka, and Édouard Lock among many others.

Andrea Boardman's innate emotional sensibility made her the source of inspiration for choreographers. During his tenure as resident choreographer at Les Grands Ballets Canadiens, James Kudelka created several contemporary works especially for her, notably The Rite of Spring and Désir, where her technical expertise, musicality, sensuality and magnetic energy blossomed. Her artistry made her one of the most sought-after dancers to interpret the works of Spanish choreographer Nacho Duato. Her timing, finesse and charisma were well suited to Duato's dances. Her roles in Jardí Tancat, Na Floresta, Rassemblement and Cor Perdut are considered among her greatest performances.

In 2000 Boardman retired from the renamed Les Grands Ballets Canadiens de Montréal. In the following year she launched a new phase in her career in an entirely different atmosphere, engaged as a dancer in Édouard Lock's company, La La La Human Steps, where she danced from 2001-09. From a physical standpoint, Lock, best known for creating dances steeped in physical extremes, likes to see how far his dancers can take a simple gesture and step. Boardman is a driven dancer who loves to move beyond the impossible, and she displayed a total commitment to the company and the work. She was perfectly suited to his demands, in terms of precise phrasing and pacing as well as subtlety of gesture. In Lock's Amelia and Amjad she expanded her powerful presence on stage.

Praised by critics worldwide, Andrea Boardman was featured in 8 dance films made for television, including Romeo and Juliet (Rhombus Media, 1990), Na Floresta (Radio-Canada, 1992), Salute to Dancers for Life (CBC, 1994), and Lock's filmed adaptation of Amelia (2003). Boardman has participated in celebrated international benefit galas and has been invited as a guest teacher to numerous schools. In 2010 she joined the teaching faculty at Montréal's École Supérieure de Ballet du Québec.