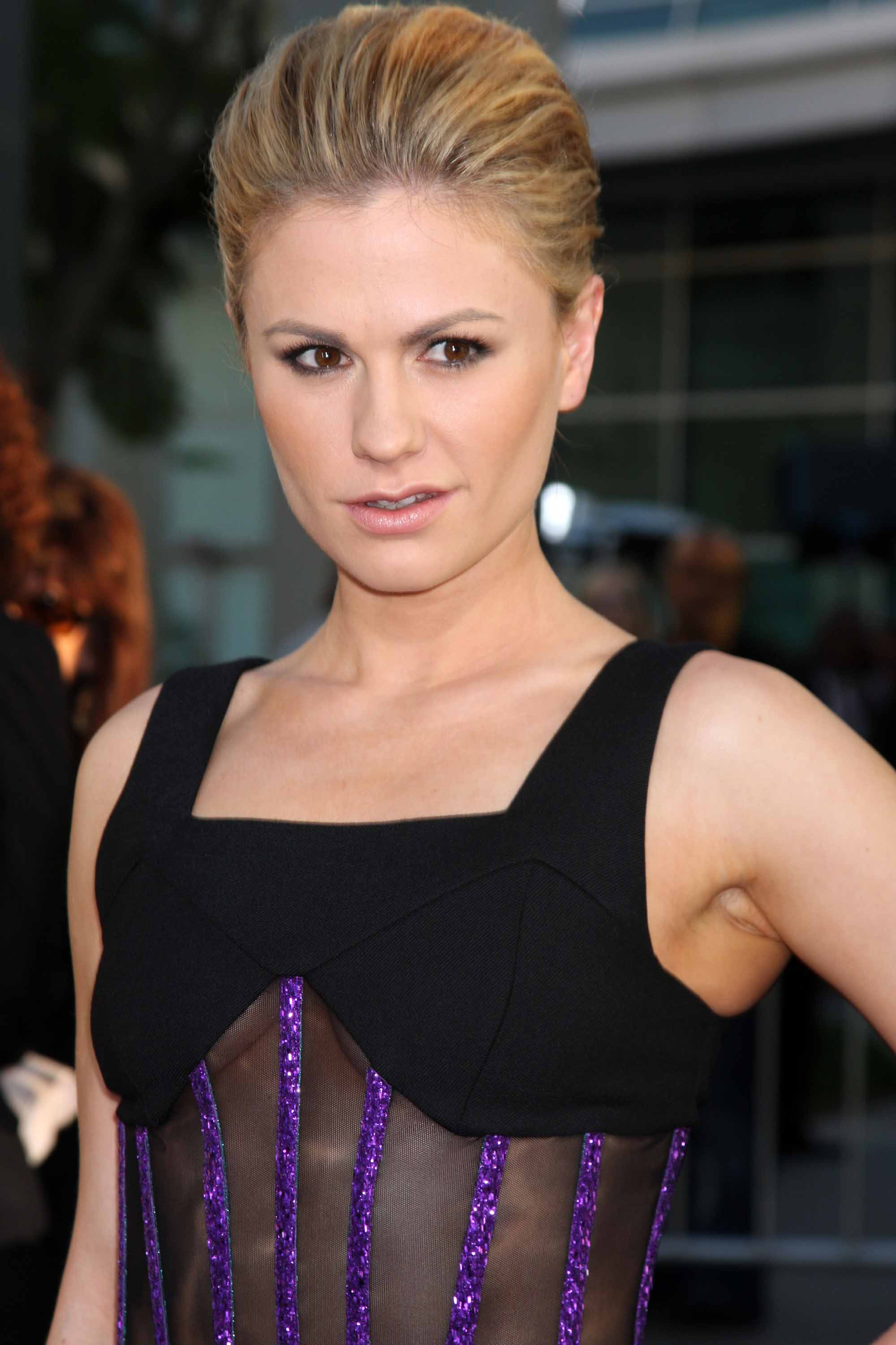 Early Life and The Piano

Anna Paquin was born in Winnipeg to English teacher Mary Paquin, a New Zealander, and Brian Paquin, a physical education teacher from Winnipeg. She moved with her family to her mother’s hometown of Wellington, New Zealand, when she was four years old, and enjoyed an active childhood that included gymnastics, ballet and swimming, as well as music training. She had no acting experience when she decided to accompany her older sister to an open audition for Jane Campion’s The Piano (1993), which attracted 5,000 aspiring young actresses. Paquin’s riveting portrayal of the articulate, emotionally complicated daughter of Holly Hunter’s character garnered wide acclaim, a Golden Globe nomination and an Academy Award for best supporting actress at the age of 11, making her the second youngest performer to ever receive the honour.

Following her breakthrough success, Paquin’s parents were intent on shielding her from the pitfalls of fame. She continued growing up in New Zealand, where she attended Hutt Intermediate School and Wellington Girls’ College, but moved with her mother to Los Angeles in 1995 after her parents divorced.

Paquin attended the private Windward School in Los Angeles and began appearing in movies. Although she starred opposite Jeff Daniels and a flock of Canada geese in the family film Fly Away Home (1996), most of her work was as a supporting actor in high-profile Hollywood films, including Franco Zeffirelli's Jane Eyre (1996), Steven Spielberg’s Amistad (1997), Gus Van Sant’s Finding Forrester (2000) and Cameron Crowe's Almost Famous (2000).

After graduating from Windward, she attended Columbia University but dropped out after a year to pursue acting full-time. She also worked steadily off Broadway, an experience she described as “creatively challenging and completely inspiring… The various accolades I received for that felt more important than the Oscar I won as a child, since I had really worked for them. It wasn't just some fluke.” These accolades included a 2002 New York Drama Desk Award nomination for her performance in Rebecca Gilman’s The Glory of Living, directed by Philip Seymour Hoffman.

Film and Television Career Since 2000

Paquin gained worldwide fame as the mutant Rogue in the hugely popular X-Men films X-Men (2000), X2 (2003) and X-Men: The Last Stand (2006). Between making those films, she appeared in independent productions such as Buffalo Soldiers (2001), with Joaquin Phoenix; Spike Lee's 25th Hour (2002), with Edward Norton and Barry Pepper; Noah Baumbach’s critically praised The Squid and the Whale (2005), with Jeff Daniels and Jesse Eisenberg; and Kenneth Lonergan’s Margaret (2011), co-starring Matt Damon and Mark Ruffalo. That film, which was shot in 2005 and then shelved due to lawsuits between the director and studio over the film’s final edit, drew strong reviews despite a limited release and earned Paquin several awards for her performance, including Actress of the Year honours from the London Critics Circle Film Awards in 2012.

In 2006, she served as executive producer on Blue State, a low-budget romantic comedy that her brother Andrew produced and she starred in. She also received Emmy Award, Golden Globe and Screen Actors Guild Award nominations for her performance in Yves Simoneau’s acclaimed HBO movie Bury My Heart at Wounded Knee (2007), with August Schellenberg, Adam Beach and Colm Feore.

In 2008, Paquin was cast in the part of Sookie Stackhouse in the HBO vampire series True Blood, for which she won the Golden Globe for best actress in a television drama series that year. Adapted from Charlaine Harris’s popular Southern Vampire Mysteries, the allegorical social satire developed a rabid cult following and was nominated by the Screen Actors Guild for outstanding performance by an ensemble in a drama series in 2010. It was also named TV Program of the Year at the 2010 AFI Awards and won People’s Choice Awards in 2010 and 2013.

Following the end of True Blood in 2014, Paquin appeared again as Rogue in X-Men: Days of Future Past (2014), provided voice work to the animated children’s film The Good Dinosaur (2015), and appeared in the History Channel and Crave TV adaptation of Alex Haley’s Roots (2016). She also became something of a fixture on CBC television, starring in the crime drama series Bellevue (2017–) and co-starring opposite Sarah Gadon and Paul Gross in Sarah Polley and Mary Harron’s acclaimed adaptation of Margaret Atwood’s Alias Grace (2017).

Paquin was cast opposite Al Pacino and Robert De Niro in Martin Scorsese’s The Irishman (2018), about a hitman and teamster leader who may have killed Jimmy Hoffa. 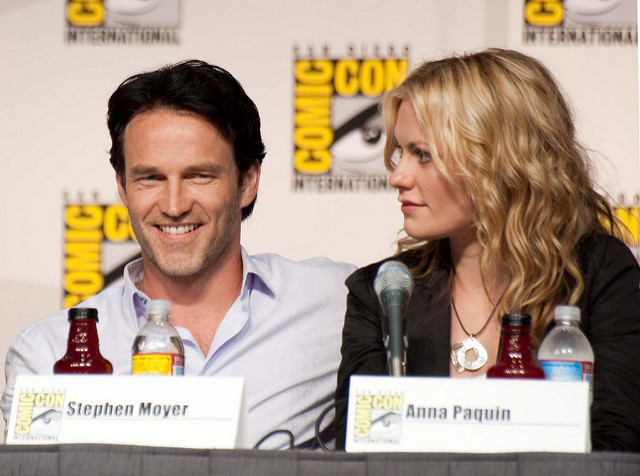 Paquin became engaged to her True Blood co-star Stephen Moyer in August 2009 and married him in Maui in August 2010. She gave birth to twins — a son named Charlie and a daughter named Poppy — in September 2012.

Paquin came out as bisexual in April 2010 while promoting the Give a Damn campaign for LGBTQ equality. In a 2012 interview with Zooey magazine, she described her sexual orientation as a “minor biographical detail” and said she came out to stand up for LGBTQ rights. “If you’re going to talk about some cause in a way that’s meaningful, you should identify why it means something to you,” she said. “For a bisexual, it’s not about gender. That’s not the deciding factor for who they’re attracted to.” In a 2014 interview with Larry King, Paquin described herself as a “happily monogamously married” bisexual mother. 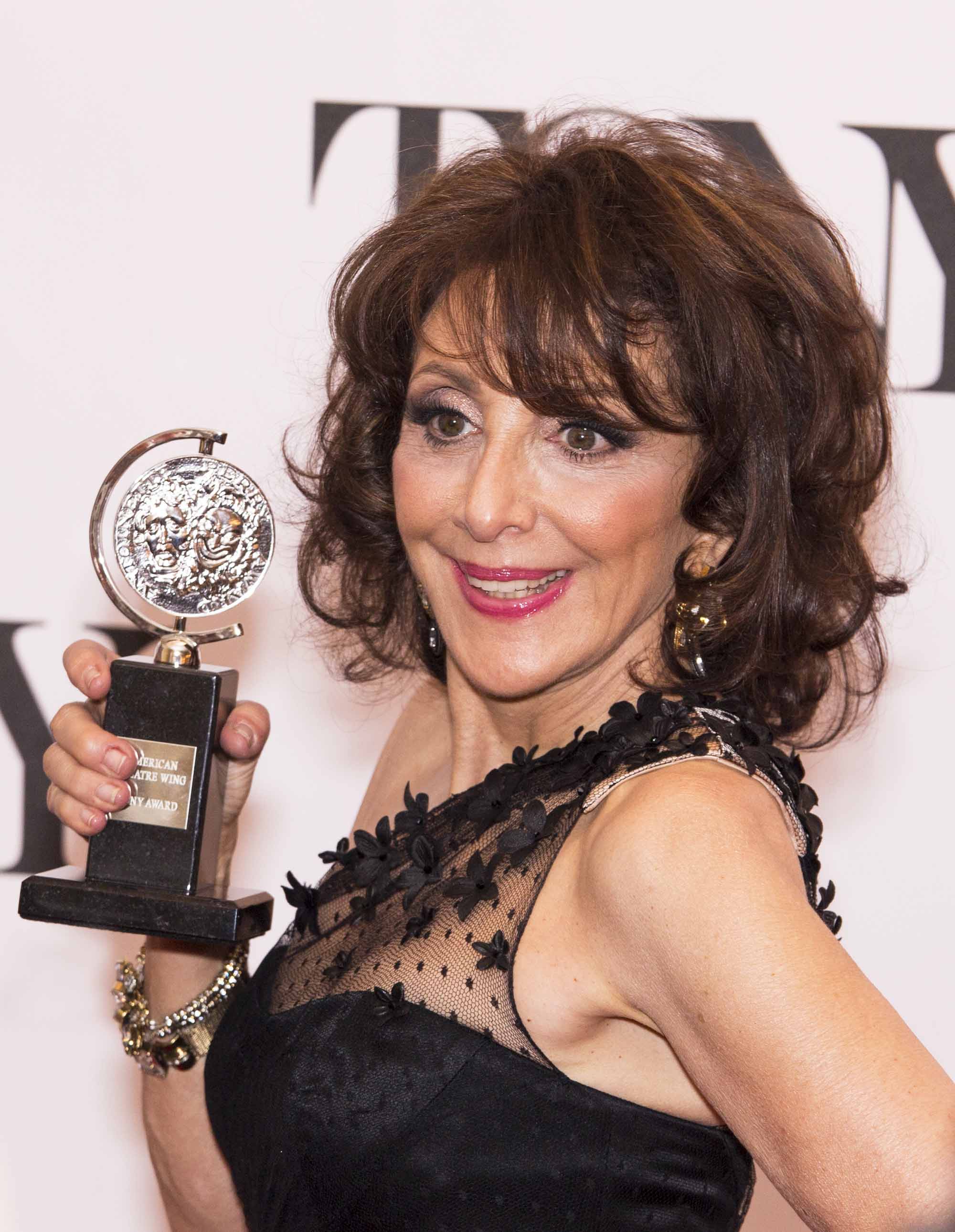