April (Dawn) Verch. Fiddler, composer, b Pembroke, Ont, 7 Apr 1978. Growing up in the Ottawa Valley, where there is a strong tradition of fiddle playing, Verch studied step-dancing at age three, and fiddle (with Rob Dagenais) from age six. Her family were amateur musicians. With Buster Brown's troupe The Duelling Dancers, Verch performed from early childhood, first as a step-dancer, and later also as a fiddler. She appeared on the Tommy Hunter Show at age 10. At 15, she attended Mark O'Connor's fiddle camp in Nashville, where she first heard American fiddle styles. Later she studied classical violin and played with the Deep River Symphony Orchestra. In 1998 she attended the Berklee College of Music, Boston, where she was exposed to bluegrass, jazz and world music. Verch was highly successful on the competitive circuit, winning approximately 400 prizes for fiddling and step-dancing.

April Verch then began a solo career as a fiddler and fiddle teacher, performing in Canada and the US. She was featured at the Fiddles of the World conference in Halifax, 1998. In 1999 she toured in Canada with Tommy Hunter, and in the US and UK with the Vancouver band Mad Pudding. That year she formed her own touring band. She performs at folk festivals such as the International Folk Alliance in Cleveland (2000) and Vancouver (2001), and is popular at US bluegrass festivals. While in Cleveland, she signed a recording contract with folk label Rounder Records. She lived 1998-2003 in Saskatoon; in 2000 she married Marc Bru, her percussionist and first manager. She often teaches at fiddle camps, eg, in Montana, Oklahoma, and Massachusetts.

April Verch made her first independent recording, Springtime Fiddle, at age 13, followed by Fiddle Talk (1995) and Fiddelicious (1998). Verchuosity (Rounder 82161-7019-2, 2001) contained several of her own compositions; it was nominated for Juno and Prairie Music awards. Matt Glaser of the Berklee College of Music said that Verchuosity "... showcases her beautiful tone, musical phrasing, extraordinary drive, stylistic diversity, and all the qualities that make her among the cream of today's young fiddle players." In 2003 Rounder released From Where I Stand (116 617 046-22003). Her fiddle compositions were published in 2004 as Originals by April Verch.

April Verch won numerous prestigious contests, including the 1997 Canadian Grand Masters Fiddling Championship. In 1995 and 1996, she won the duet class (with Jon Pilatzke) of the Canadian Open Old Time Fiddle Championship; she was only the second woman to win that competition's solo open class (1998). (The first was Eleanor Townsend in 1979). Verch placed 10th at the US Grand Masters Fiddling Championship in Nashville in 1996. She retired from competition in 1998 to pursue her solo career. Affinity Productions made a documentary film, April Verch: Roots Revisited, in 2001.

Verch counts Graham Townsend and Don Messer among her influences, and has borrowed from Métis and French-Canadian fiddling and accordion styles. Her fusion of world and North American fiddle music opens up this traditional art to new audiences. Verch lives near Pembroke, Ont. 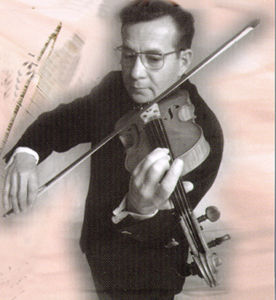 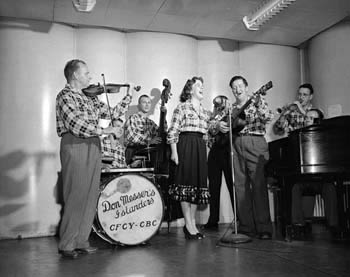