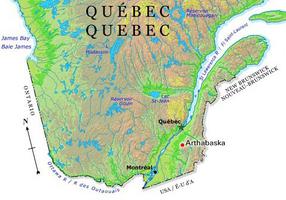 Arthabaska, Qué, Unincorporated Place. Arthabaska is part of the city of Victoriaville. It was a separate municipality from 1903 to 1993, when it merged with Victoriaville and the parish of Sainte-Victoire-d'Arthabaska. The name of the new city stirred up controversy and was finally decided by referendum. Arthabaska is derived from the Cree word Ayabaskaw,meaning "place of the bulrushes and reeds" or "place waters meet." The name is still kept by the regional county municipality that was established in 1982 and includes the new city of Victoriaville.

The founder of Arthabaska, Charles Beauchesne, arrived in 1834 and was impressed by the size of the trees and quality of the soil. The first industries were potash and maple-sugar production. Establishment of the Arthabaska Convent (1870), the Arthabaska Commercial College (1872) and Collège St-Joseph (1905) made the town a popular centre of culture and education. Sir Wilfrid Laurier began his law career here in 1867. The home he had built in the beginning of his career is now a national historic site (designated in 2000) and has been converted into a museum. Arthabaska is also the birthplace of painter Marc-Aurèle de Foy Suzor-Coté; Laurier helped Suzor-Coté establish his career. By 1882 cigar manufacturing, tanneries, flour mills and sawmills had been established. Furniture manufacturing was introduced around 1948. Located in the heart of a dairy and lumber manufacturing region, Arthabaska was known as the "Capitale des Bois-Francs."