Astronomy, science that studies the sun, the solar system, the remote stars, distant galaxies and all other detectable bodies in the universe. Its major subdisciplines include astrophysics, the closely related field of spectroscopy and cosmology. Astronomy is often regarded as the oldest science, since more than 5000 years ago motions in the sky were used to predict events such as the annual flood on the Nile. During the era of modern exploration, astronomy had practical applications in navigation, surveying and timekeeping.

Modern astronomy, however, is more concerned with the physical and chemical nature of matter beyond Earth, where conditions of temperature and pressure, and gravitational and magnetic fields allow astronomers to observe matter under extremes unattainable in terrestrial laboratories. Astronomy is also closely related to physics, chemistry, mathematics, geology, engineering and computer science.

There is evidence that Joseph Frederick Wallet DesBarres built a small observatory in 1765 at Castle Frederick, NS, for testing his surveying instruments. The building probably also housed astronomical telescopes. Nothing remains of this structure. The Toronto Magnetic Observatory began observations in 1840, but the astronomical instruments intended for it were never received. In 1850 an observatory was constructed on the Citadel at Québec City to support the requirements of marine navigation, but neither the original structure nor its successor, built on the Plains of Abraham in 1874, survives today.

An astronomical observatory was built in 1851 on the campus of University of New Brunswick and an official plaque, unveiled in 1955, identifies this building as the "First Astronomical Observatory in Canada." A public observatory was built in Kingston in 1856; an observatory for time determination followed in Montréal in 1862; and modest telescopes were erected in other towns and cities in the next 3 decades. The federal government became involved in 1885 because of the urgent need to survey lands adjacent to the transcontinental railway, since astronomical techniques were required in mountainous regions.

The determination of longitude (relative to the meridian of a city in western Europe) for a ship at sea, a recently discovered island or a colony in the Americas, was a major problem during the voyages of discovery. The invention and perfection of the marine chronometer by John Harrison in 1761 solved the practical problem. Before this, however, various astronomical methods were used in attempts to determine longitude: in New France the Jesuits and others had observed more than a dozen eclipses between 1632 and 1694; 5 lunar eclipses observed at Québec City or at Ste Marie Among the Hurons (Midland, Ontario) were also observed in Europe, and some useful longitudes were derived. Although some solar eclipses were observed quite well, the theory of the time was inadequate to derive accurate longitudes from the observations.

By the 19th century, interest in eclipses had shifted from the determination of longitudes to the study of the sun; therefore, total solar eclipses became the events of interest. Eclipse expeditions involve careful planning and frequently difficult journeys to remote locations, such as that made by an American expedition to northern Manitoba to observe the total eclipse of 17 July 1860. The party, which included Simon Newcomb, an American astronomer born in NS, suffered the fate common to later expeditions: clouds on the crucial day. The 20th century has produced 8 total solar eclipses in Canada, which have been studied by ground parties and, since 1945, from aircraft and even rockets. The most significant Canadian expedition, however, remains the one led by C.A. Chant to Australia in 1922, during which observations were made of the displacement of stars near the eclipsed sun. These measurements helped provide observational support for the theory of relativity.

Few stories in the history of astronomy can rival those associated with early observations of the transits of Venus. On the rare occasions when Venus is directly between Earth and the sun, it is seen to cross the solar disc over the course of several hours. It was realized in the 17th century that accurate timing of such transits (which come in pairs, 8 years apart, once every 122 years) could be used to establish the scale of the solar system. Immense efforts were made to observe the transit of 1769, including an arduous expedition to the area of Churchill, Manitoba, by the astronomer William Wales and another English observer, Joseph Dymond. After a frightening winter, they made successful observations of the transit.

An attempted observation from Île aux Coudres, 100 km downstream from Québec City, was incomplete because of clouds. In 1882 there were plans to observe the transit from more settled areas of Canada, including substantial observatories in Woodstock, Ontario (which was clouded out at crucial times), and Kingston, Ontario (where useful observations were made). These international campaigns were moderately successful, but observational problems limited the accuracy of the final result.

Canadian astronomy shows a pattern of parallel development in universities and federal government agencies. The provinces have been involved indirectly through their general support of university development. The federal government made its first provision for astrophysical research with the establishment of the Dominion Observatory in Ottawa (1905), a facility that was equipped with a refracting telescope and a reflecting solar telescope, in addition to transit instruments for positional astronomy. Government research facilities expanded in 1918, when the Dominion Astrophysical Observatory near Victoria, BC, was opened. Its 1.88 m (72-inch) telescope was the world's largest at the time of its installation (1918). Facilities at Victoria have been upgraded with the addition of a second telescope and continuous modernization of detecting equipment.

Major observatories for radio astronomy have been built near Penticton, BC, and in Algonquin Provincial Park, Ontario. In recent years the most important instrument for Canadian optical astronomers has been the Canada-France-Hawaii Telescope on Mauna Kea in Hawaii, opened in 1979. All government astronomical research programs were placed under the aegis of the National Research Council in 1970. The NRC's Herzberg Institute of Astrophysics was formed in 1975, adding programs in laboratory astrophysics and space science.

The first major planetarium in Canada was the Queen Elizabeth Planetarium, opened in Edmonton in 1962. Several cities in Canada now have planetariums which offer the public visual instruction in astronomy for a moderate fee.

Active astronomical societies, the members of which are professional astronomers or amateur enthusiasts, flourish today at local, national and international levels. The earliest Canadian astronomical society was the Toronto Astronomical Club, formed in 1868 through the initiative of Andrew Elvins. The club was an outgrowth of the Canadian Institute and, after 2 decades of variable vitality, became the Astronomical and Physical Society of Toronto in 1890. The name was changed to the Royal Astronomical Society of Canada (RASC) in 1903, and local centres have joined until at present there are 20 centres in major cities across Canada. The membership of nearly 3000 includes both professional and nonprofessional members.

Each centre operates its own program of lectures and many have constructed fine observing facilities. An annual general assembly attracts members from throughout Canada and from abroad for a 3-day meeting held in different parts of the country to exchange ideas and reports on achievements. Not all local astronomy clubs are part of the RASC. Several autonomous clubs exist in various cities and towns and there is an association of French-language clubs in Québec, l'Association des groupes d'astronomes amateurs (AGAA). More than a dozen clubs belong to the AGAA, including the 2 French-speaking centres of the RASC; total membership is about 1000.

The Canadian Astronomical Society (CAS) was formed in 1970 as the society of professional astronomers in Canada and has nearly 300 members. The society conducts an annual meeting for the presentation of research results and represents astronomers in matters of national concern.

Astronomical papers appeared as early as the 1850s in The Canadian Journal, published by the Canadian Institute. The first Transactions of the Astronomical and Physical Society of Toronto were published in 1891; this annual publication was superseded by the Journal of the Royal Astronomical Society of Canada in 1907. The journal has published at least 6 issues per year since then. The periodical is designed to be of interest to both amateurs and professionals and has a substantial circulation abroad. The society also publishes annually the Observer's Handbook, a compendium of forthcoming sky events and astronomical data. The RASC, many of its individual centres, the AGAA, the CAS and other clubs also publish newsletters on a regular basis. 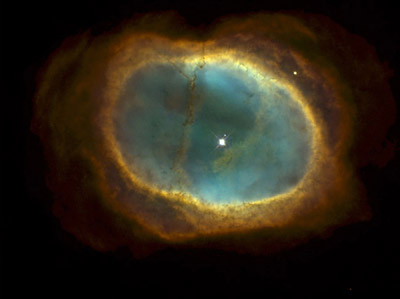