The Bach Elgar Choir was established in 1946 as an amalgamation of the Elgar Choir and Bach Choir. The Elgar Choir was founded by Bruce Carey, who led the first concert in 1905, and was subsequently conducted by G. Roy Fenwick, W.H. Hewlett, and Edward Stewart. The choir did not present any concerts in 1918 or 1919. (See First World War and 1918 Spanish Flu in Canada.) The Bach Choir was founded in 1931 by Graham Godfrey. Both choirs disbanded during the Second World War. 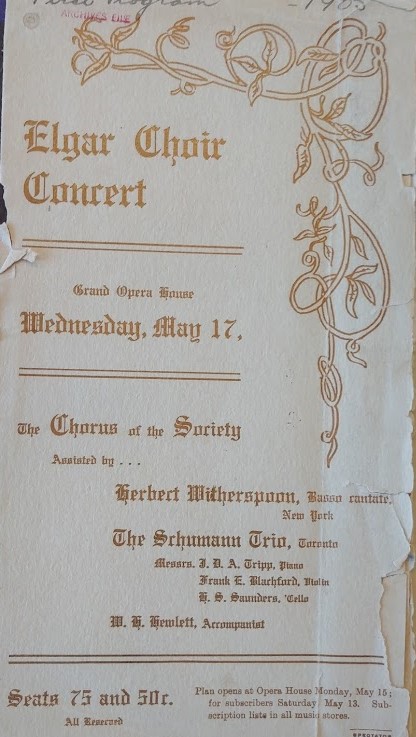 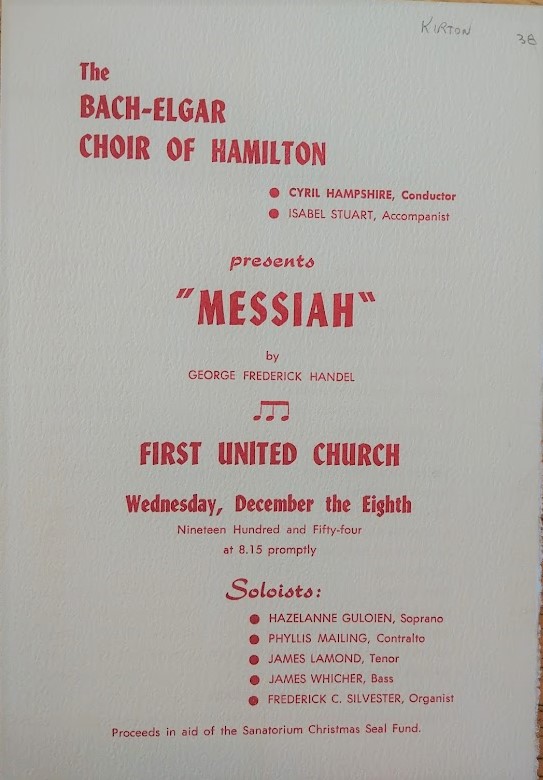 The Bach Elgar Choir has presented a subscription series of three to four concerts per year, at Centenary United Church (beginning 1947), followed by Central Presbyterian Church (1960s), Christ's Church Cathedral (1970s–80s), and Melrose United Church (since the 1990s). For a number of years, the subsidiary Bach Elgar Chamber Singers (a 36-voice ensemble founded by Charles Wilson in 1969) and the Bach Elgar Children's Chorus (established 1981) gave small concert series and performances in Hamilton and southern Ontario.

In 1910, the original Elgar Choir with the Toronto Symphony Orchestra gained national recognition for what is thought to have been the Canadian premiere of Verdi's Requiem. The Bach Elgar Choir has continued to specialize in large-scale sacred works and oratorio, performing with the Hamilton Philharmonic Orchestra in Bach's Magnificat, Mendelssohn's Elijah, Brahms's Requiem, Henryk Górecki's Miserere, and Michael Haydn's rarely performed Missa in honorem Sanctae Ursulae. Notable performances under artistic director Alexander Cann include Bach's Magnificat, Handel's Judas Maccabeus, Haydn's Lord Nelson Mass and Handel’s Israel in Egypt, which it performed with Brantford's Grand River Chorus in 2018.

In recent years, the Bach Elgar Choir has also performed music from the First World War, choruses and arias from the operettas of Gilbert and Sullivan, and an original soundtrack to Fritz Lang’s 1927 science fiction masterpiece, Metropolis.

The Bach Elgar Choir has appeared at festivals in Canada (Guelph Spring Festival, 1972 and Kitchener-Waterloo Open Ears Festival, 1998) and in the United States (Chautauqua Institution, 1983). It has performed with numerous vocalists and ensembles, notably Maureen Forrester, Richard Margison, Michael Schade, Jessica Muirhead, Alexander Dobson, the Guelph Concert Singers, the Toronto Mendelssohn Choir, the Elmer Iseler Singers, and the Tudor Singers of Montreal, as well as the Canadian Brass and the Morel-Nemish piano duo. In 1997, the Bach Elgar Choir of Hamilton was featured in Canada Day celebrations for Queen Elizabeth II.

In May 2020, the ensemble was scheduled to perform with the Hamilton Philharmonic Orchestra and with the Georgetown Bach Chorale and Grand River Chorus for the inaugural concert of the Three Choir Festival. However, all in-person concerts were postponed in March 2020 due to the COVID-19 pandemic. The Bach Elgar Choir turned to online rehearsals, collaborations and presentations during the pandemic. 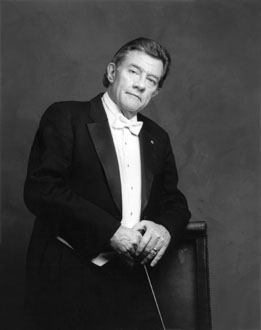