Balarama Holness’s white Québécois mother and Black Jamaican father met at a concert in Montreal in 1979. Holness and his twin brother, Jagannatha, were born on 20 July 1983. His parents separated when he was around nine. His mother took Holness and his brother to live at a Hindu ashram in West Virginia. Everyone in the community ate communal meals and learned Hindu religious and social traditions. After about eight years, Holness’s mother moved the boys back to a mostly white, suburban neighbourhood in Montreal.

In high school, Holness suffered the indignity of racist taunts from students. A teacher decided that his first name was too difficult to pronounce and called him Steven, which he went by for a number of years. Holness later said, “I was too white to be accepted by the Black students and too Black to be accepted by the white students.” He dropped out of high school and became involved with alcohol and marijuana.

When he was 18, Holness was watching a National Football League (NFL) game on television and decided to change his life. He cleaned up his lifestyle and worked toward becoming a professional football player. He was recruited by the University of Ottawa and made its varsity team as a defensive back. His speed caught the attention of Canadian Football League (CFL) scouts.

Holness played with the Winnipeg Blue Bombers in 2008 and 2009. In 2010, he moved to the Montreal Alouettes. During the season, Holness broke a bone in his foot. Afraid he would be dropped from the team, he told no one and played through the pain. The team became the CFL champions, winning the Grey Cup. Holness still wears his championship ring and has said, “It represented all I had overcome.” Unfortunately, a litany of injuries resulted in Holness retiring from football in July 2011.

Holness earned his Master of Education at the University of New Brunswick in 2015. He then worked as an ESL teacher in China, Egypt and the United Arab Emirates. After his mother died, Holness left teaching and travelled the world for nearly two years. Upon returning to Montreal, he entered the McGill University law school in 2017. He earned a Juris Doctor degree and Bachelor of Civil Law in 2020.

In 2017, while still a law student, Holness ran for mayor of the predominantly working-class borough of Montréal-Nord, as a member of the political party Projet Montréal. After losing the race, he accused Projet Montréal leaders of failing to provide adequate support for non-white candidates.

According to Montreal’s charter, council must convene public consultations on an issue brought to it by a petition containing at least 15,000 signatures. Beginning in February 2018, Holness and Montreal in Action coordinated the efforts of 50 youth leaders and dozens of community groups; they gathered signatures on a petition demanding public consultations on systemic racism and discrimination in the city. On 27 July, he presented a 22,000-signature petition at city hall. Consultations were organized by the Office de Consultation publique de Montréal (OCPM) and held between 29 August 2018 and 4 December 2019. More than 7,000 people, including Holness, made presentations.


Meanwhile, in December 2019, Quebec’s human rights commission issued a 125-page report that acknowledged the existence of systemic racism in the province. The report made various recommendations to address it. Holness welcomed the report and said, “Those recommendations will be a landmark. They'll be a benchmark to say this is what we want to achieve in Montreal."

In June 2020, the OCPM released its 252-page report. The report stated that systemic racism and discrimination exists in Montreal and that city council had for years failed to recognize it or do anything about it. The report explained 11 findings and made 38 recommendations that included changes to policing, public housing, arts and culture, entrepreneurship, and hiring practices. The report’s first recommendation — the foundation upon which the others rested — was for the city to admit the existence of systemic racism and discrimination and pledge to combat them.

Montreal mayor Valérie Plante promised to implement the report’s recommendations. Holness, however, said she was only recognizing the existence of systemic racism because the petition had forced a public consultation. He said, "This is not out of authenticity or good will. This is done out of the obligation to speak on the issue. The lack of willingness to speak on the issue was reflected in her comments today that were not substantive, that did not touch on the issues."

The success of Holness’s organizing efforts began to bring him both national and international attention. In July 2020, the New York Times published a profile called Holness “the man striving to be the Canadian Obama.”

Holness met his partner, Darnella Torelli, when she was an international development student. They have a daughter together and gave her the middle name Angélique, after Marie-Joseph Angélique.

During the campaign, Mouvement Montréal joined together with another third party: Ralliement pour Montréal. The merger caused cohesion problems. The two parties had many clashing views, notably on language policy. Many candidates from Ralliement eventually dropped out, including its former leader Marc-Antoine Desjardins.

Holness was defeated in his bid to become mayor. He received 7.2 per cent of the vote (30,200 votes) — finishing third behind Denis Coderre and Valérie Plante. None of Mouvement Montréal’s candidates were elected. 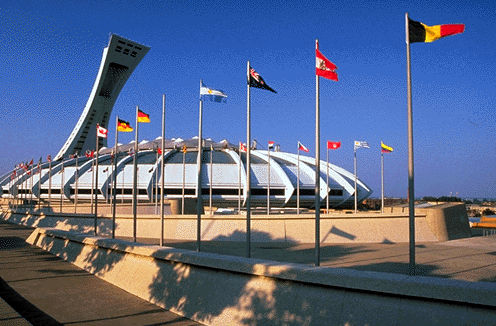