Barbara Allen. Ballet in nine scenes by David Adams to music by Louis Applebaum and based on the folksong and legend of the same name. It was premiered 26 Oct 1960 at the Palace Theatre in Hamilton, Ont, by the National Ballet of Canada (with George Crum conducting and Angela Leigh as Barbara Allen) and was taken on tour during the 1960-1 season. The Revival Scene and Finale from Barbara Allen were recorded by the Toronto Philharmonia under Walter Susskind (Scored for Ballet, Col MF-6763). An earlier ballet, Dark of the Moon, choreographed by Joey Harris to a previous draft of the Applebaum score, was premiered 15 Nov 1953 by the National Ballet (with Crum conducting and Celia Franca as Barbara Allen) at the Capitol Theatre in Halifax and was taken on tour during the 1953-4 and 1954-5 seasons. The CBC TV presentation of this earlier ballet - on 'Scope,' 24 Apr 1955 - used the title Barbara Allen, probably because Dark of the Moon infringed copyright. 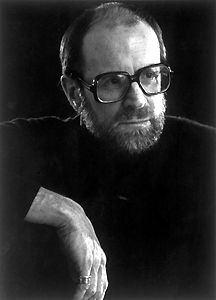 Canada in European and US music