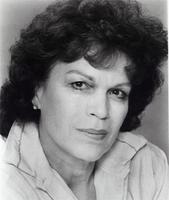 Barbara Chilcott, actor (born Barbara Chilcott Davis in Newmarket, Ont 1923). As a child and young woman in Toronto, Chilcott studied acting with Josephine Barrington and dancing with Bettina Byers at Academy Ballet, and attended Tamara Dakarhanova's School of the Theatre in Mount Kisco, NY. In 1943 she joined the Canadian Auxiliary Services Entertainment Unit and toured England and Europe, entertaining Allied troops with Meet the Navy.

After the war she studied at the Central School of Speech and Drama in London, and made her West End debut in June 1949 in The Young and Fair at St Martin's Theatre. In England, her strikingly exotic appearance and the intensity of her performing style caused her to be typecast, as to a certain extent she continued to be throughout her career. She said in a 1984 interview, "I don't do a lot of comedy. I usually get the strong neurotic ladies to play."

Returning to Canada in 1950, she quickly established herself as one of this country's leading actors. She performed on CBC Radio and became involved with the burgeoning summer theatre movement, joining her brothers Murray Davis and Donald Davis in their Straw Hat Players and acting with the International Players in Kingston and the Canadian Repertory Theatre in Ottawa.

In 1953 the Davis brothers founded the Crest Theatre. For the Crest, which during its 13 seasons made a vital contribution to theatre in Toronto and employed the cream of Canadian talent, she played such parts as Viola in Twelfth Night, Antigone in Antigone, and her favourite role, Cleopatra in Antony and Cleopatra.

For the Stratford Festival she played Kate in The Taming of the Shrew, Juliet in Measure for Measure (1954), and Portia in Julius Caesar (1955). In 1956 she played Zenocrate when Tyrone Guthrie's Stratford production of Marlowe's Tamburlaine the Great travelled to the Winter Garden Theatre on Broadway. In 1957 Chilcott returned to London and the West End with the Crest production of The Glass Cage, written by J.B. Priestley especially for her and her brothers; she was hailed as the season's most exciting "newcomer."

For several years after this, she went back and forth between England and Canada, acting on stage, on television, and in film in both countries. In 1963 she founded the Crest Hour Company to tour plays to schools. When the Crest closed in 1966, Chilcott continued to perform on radio and television, but did no stage work until 1973, when she starred in Robertson Davies's A Jig for the Gypsy at Festival Lennoxville, recreating the role she had played in the original Crest production.

She returned to Stratford in 1981 to play Volumnia in Coriolanus and Amelia in Wild Oats. Working in regional theatres across Canada, she played Hecuba in The Trojan Women at the Citadel Theatre (Edmonton), Arkadina in The Seagull at Theatre Calgary, and Monica in Present Laughter at the Neptune Theatre (Halifax). She continued to perform in Toronto, in film, television and on stage, playing in Anouilh's Medea (1998) at Buddies in Bad Times and in Williams's A Perfect Analysis Given by a Parrot (1999) at Solar Stage.

She has been involved in a number of projects related to the work of her late husband, the composer Harry Somers, and in encouraging the writing of a book about the Crest Theatre. Glass Cage: The Crest Theatre Story was written by Paul Illidge and published in 2007.