Sahtu Got'ine (also referred to as Sahtúot’ine, Sahtugotine and Great Bear Lake Dene) are Dene people who live around Great Bear Lake in the Northwest Territories. They settled in Déline, which has been self-governing since 2016. (See also Indigenous Peoples in Canada.)

Sahtu Got'ine (also referred to as Sahtúot’ine, Sahtugotine and Great Bear Lake Dene) are Dene people who live around Great Bear Lake in the Northwest Territories. They settled in Déline, which has been self-governing since 2016. (See also Indigenous Peoples in Canada.) 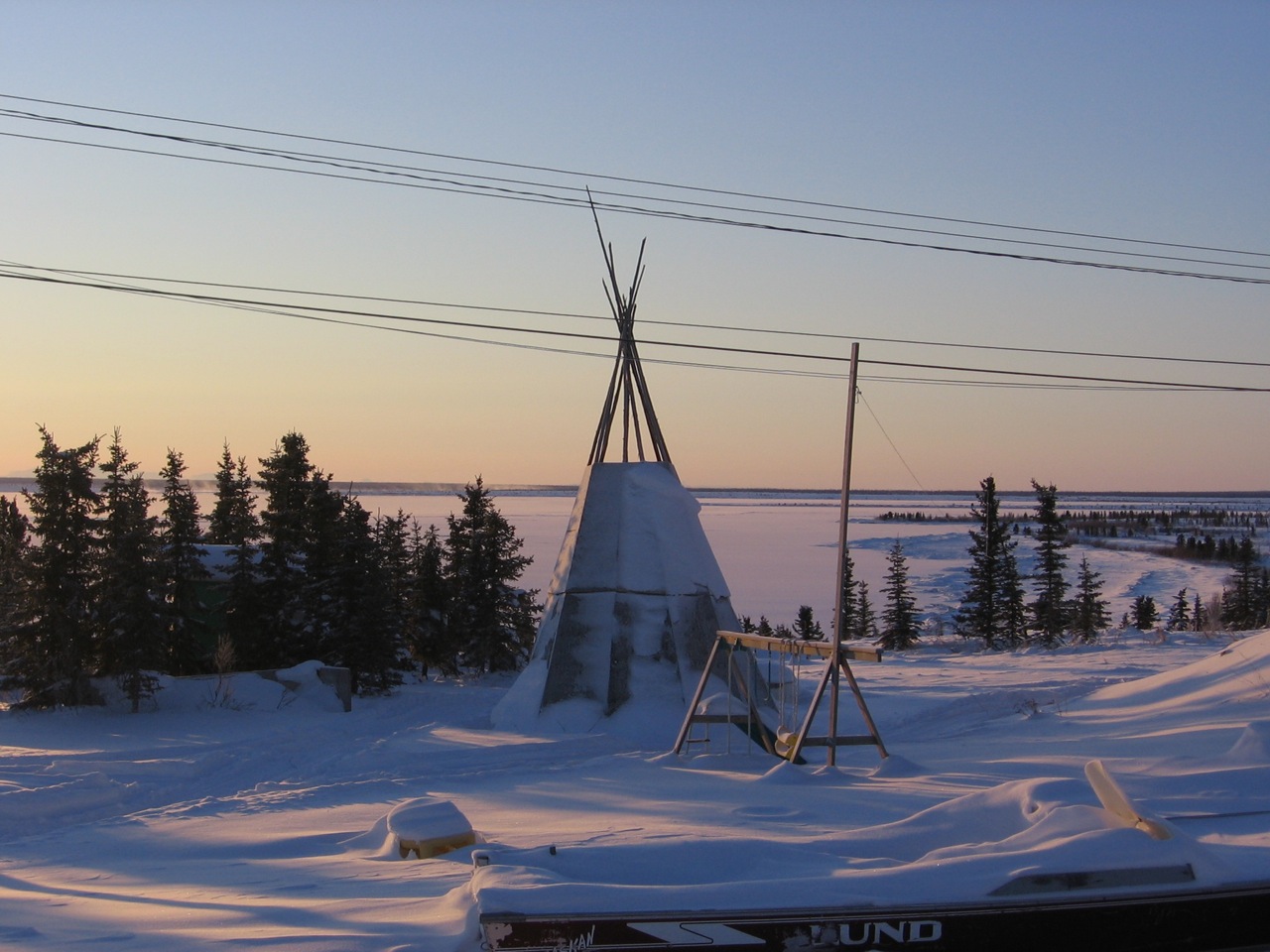 Sahtu Got'ine live around Great Bear Lake in the Northwest Territories. Their settlement is Déline (formerly Fort Franklin), at the western end of the lake. Déline, meaning “where the water flows” has been self-governing since 2016.

Historically, various small bands of Dene peoples, including the K'asho Got'ine, Tlicho and Slavey made use of Great Bear Lake. There, they hunted caribou and fished the shores and tributaries. Sometimes the Inuit (historical enemies of the Dene) approached the northwest area of the lake in pursuit of caribou. Occasionally this contact may have ended in conflict. However, the groups generally avoided one another, and hostility was gradually reduced during the historical period.

Déline, on Keith Arm near the entrance of Great Bear River, is close to one of the few fishing sites open all year at this latitude. It was an obvious place for friendly neighbouring peoples to enjoy a dependable resource and to mingle socially.

With the coming of the fur trade, and a trading post occasionally active since 1804, contact among Indigenous groups in the area increased. Through the 19th century and into the 20th, these groups gradually began to consider themselves "Bear Lakers" as a larger unit.

In 1930 uranium and silver were discovered at the eastern end of Great Bear Lake. Uranium mining during the 1940s brought some involvement in the Canadian economy for the Sahtu Got'ine, but by the 1950s this involvement was minimal. The Sahtu Dene believe this later led to the deaths of many of these men. All mining ceased in the area in 1981 when a silver mine shutdown. As their ancestors have done for thousands of years, the local residents subsist mainly on hunting, fishing and trapping.

Sahtu Got’ine have a rich and vibrant culture. A strong connection to the land and to oral histories and traditional knowledge is important to the Dene, as well as to many Indigenous peoples. Déline has become an important place for cultural, spiritual and social gatherings.

The Sahtu Got’ine speak a North Slavey dialect known as Sahtúot’ine. Sahtúot’ine is a Dene (or Athabascan) language that is also one of the official languages of the Déline Got’ine Government. (See also Indigenous Languages in Canada.)

In July 1993, the Sahtu Dene and Métis overwhelmingly approved a comprehensive land claim agreement negotiated with the territorial and federal governments. The Sahtu Dene and Métis received title to 41,437 km2 of land, a financial payment of $75 million, rights to hunt and fish on the territory and a guarantee to consult with the Dene on certain matters such as land use and resources in the settlement area.

On 1 September 2016, the Déline Dene (beneficiaries of the Sahtu land claim) achieved the right to self-government.