Berta Lynn Seymour, née Springbett, dancer, choreographer (b at Wainwright, Alta 8 Mar 1939). One of the greatest dramatic ballerinas of the century, Seymour studied at the Rosemary Deveson School and with Nicolai Svetlanoff in Vancouver before entering the Sadler's Wells School in England (1954). By 1959 she was a principal dancer with the Royal Ballet. Famed for her fluent, impetuous movement, extraordinary musicality and intense dramatic power, Seymour is best known in works created for her by Sir Frederick Ashton (The Two Pigeons, A Month in the Country, Five Waltzes in the Manner of Isadora Duncan) and by Sir Kenneth MacMillan (The Burrow, The Invitation, Romeo and Juliet, Anastasia, Mayerling). Ballerina of the Deutsche Opera Ballet (Berlin, 1966-69) and director of the Bavarian State Opera Ballet (Munich, 1978-79), Seymour is also a talented choreographer. She has appeared in Canada with the Royal Ballet, Western Dance Theatre and National Ballet of Canada. Her autobiography, Lynn, was published in 1984. 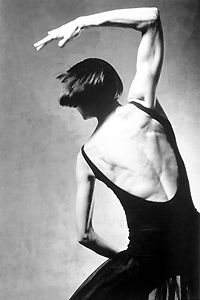