Betty Oliphant, ballet teacher (b at London, Eng 5 Aug 1918; d at St. Catharines, Ont 12 July 2004). A grande dame of Canadian dance and an internationally famed educator, Oliphant came to Canada in 1947, where she founded the Canadian Dance Teachers Association, opened a school and became ballet mistress of the National Ballet of Canada (1951). In 1959 she became founding principal of the National Ballet School, now acclaimed one of the best in the world. Her leadership was crucial in expanding NBS from its original premises in a former Quaker Meeting house into a complex campus that now includes classrooms, modern studios, offices, a theatre (named in her honour), a teacher training facility and even a swimming pool and physiotherapy centre.

As associate artistic director of the National Ballet (1969-75) and director and principal of the school until 1989, Oliphant helped shape the company's style and trained dancers and teachers for Canada and the world, including Karen Kain, Frank Augustyn, Martine Van Hamel, James Kudelka and John Alleyne. Her accomplishments are widely recognized.

A guest teacher in great demand throughout the world, Oliphant was a frequent guest of the USSR, and at Erik Bruhn's request she reorganized the Royal Swedish Opera Ballet School (1967). In 1978 she performed a similar service for the Royal Danish Ballet School. She has often served on juries for international ballet competitions.

Among the honours she has received are the Molson Prize (1978), the National Dance Award (1981), the Diplôme d'honneur of the Canadian Conference of the Arts (1982) and the Toronto Arts Foundation Lifetime Achievement Award (1989). In 1990 she was the only Canadian (and one of the first two women) to receive the Order of Napoleon from the Maison Courvoisier. She was awarded the Order of Canada (Officer 1973 and Companion 1985) and honorary doctorates from Queen's, Brock and York universities as well as the University of Toronto. 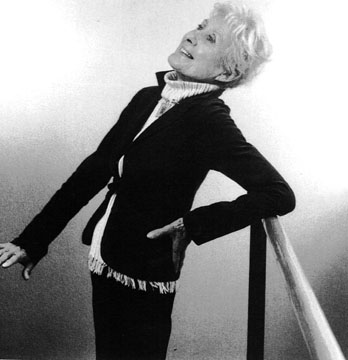