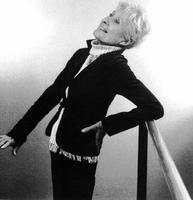 Von Gencsy was the dancer of a group of 50 chosen to represent the contributions of Hungarian immigrants to Canadian culture, at a celebration held at the National Arts Centre (photo by Tony Hauser, courtesy Eva von Gencsy).

The next year, following her adventurous spirit, she immigrated to Canada under a year-long contract to work as a domestic servant. Willing to go anywhere in the country where she could pursue her ballet career, she settled in Winnipeg where she joined the nascent Winnipeg Ballet, later the Royal Winnipeg Ballet (1948-53). During this period she received a teaching diploma from London's Royal Academy of Dance.

In 1953 von Gencsy moved to Montréal to join Montreal's Les Ballets Chiriaeff (later Les Grands Ballets Canadiens) (1953-57). In this way, von Gencsy contributed to the beginnings of 2 of Canada's 3 major ballet companies. Her strong technique, versatility and sparkling personality also made her a frequent contributor to televised ballet programs until 1970.

Attracted to the freedom of movement offered by jazz dance, Eva von Gencsy studied with masters in New York City, starting with Luigi Jazz in 1956. This led her to establish a dance school and paved the way to a new role as assistant in Brian Macdonald's jazz program at the Banff School of Fine Arts (1962-75).

Jazz quickly became her medium of expression. She developed a hybrid style of dance called ballet-jazz, and with former student Eddy Toussaint and Geneviève Salbaing, she founded Les Ballets Jazz de Montréal in 1972, remaining as artistic director and choreographer until 1979. Her distinctive ballet-jazz style brought international attention and from 1978-97 she taught this trademark style characterized by sinuous, sexy shapes and clear, strong, explosive use of limbs.

The international dance world was hungry to learn the new style and von Gencsy taught ballet-jazz at universities and schools across Canada, at the Cecchetti Council of America, at universities and dance festivals in the US, and in many important dance centres in Europe such as France's Centre de Danse Rosella Hightower in Cannes, the Festival Château Vallon in Toulon, and at dance festivals in Italy, the Opera Ballet School in Zurich, Switzerland, and in Morocco, Guadeloupe and Malta among others. From 1991-94 she was on the faculty of Ballet Akademie des Tanzes in Cologne (Kšln), Germany. 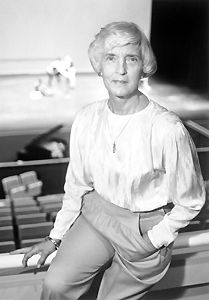