Brent Butt, comedian, actor, screenwriter, producer (born at Tisdale, Sask 3 Aug 1966). Brent Butt has parlayed his amiable brand of "coffee shop" humour into a career as a bona fide television star and one of Canada's most successful and recognizable comedians. The youngest of seven children, born in a small, conservative farming community of 3000 people, Butt learned at an early age to use his sharp, deadpan wit and clean brand of humour to get noticed.

He began doing stand-up comedy professionally in 1988, progressing from five-minute routines at amateur nights in Saskatoon to touring the Yuk Yuk's chain of comedy clubs across Western Canada. He moved to Toronto in 1989 and worked steadily throughout the 1990s, becoming a regular at Montreal's Just For Laughs comedy festival and appearing in numerous national and international comedy programs on such television networks as A&E, HBO, CBC, Global and The Comedy Network. He also landed bit parts in such television series as The Kids in the Hall, The X-Files and Cold Squad and made his feature film debut in 2000 in the Gwyneth Paltrow vehicle Duets.

In 1998 Brent Butt's one-hour TV special Comedy Now - Funnypants earned him a Gemini nomination for best comedy performance. In 2001 he was named best male stand-up at the Canadian Comedy Awards, and represented Canada on the World Comedy Tour in Australia and Singapore. His appearance on the CBC special All-Star Comedy Homecoming secured his reputation as one of the funniest and most respected comics in the country.

In 2003 he drew on his hometown experiences to create, star in and produce a new CTV sitcom centring on the patrons of a gas station/diner in the small fictional community of Dog River, Saskatchewan. An offbeat, low-key mix of quirky oddball characters and folksy rural charm, Corner Gas was an instant hit when it debuted in early 2004. Each episode, and even the reruns, drew an average of 1 million viewers - unheard of for a Canadian sitcom. CTV signed up for a second season, sending Brent Butt and the other cast members - among them Nancy Robertson, Fred Ewanuick, Gabrielle Miller, Janet Wright, Eric Peterson, Tara Spencer-Nairn and Lorne Cardinal - on a highly publicized promotional tour pumping gas at service stations across the country. The October 2004 debut of season two drew 1.53 million viewers and cemented the show as a staple on Canadian television.

In 2005, embracing the exposure granted by his show's huge success, Brent Butt hosted the Juno Awards in Winnipeg and a command performance gala in Saskatoon for Queen Elizabeth II and Prince Philip, to celebrate Saskatchewan's centennial. Highlights from the latter included Butt's performance of his now classic song, Nothing Rhymes with Saskatchewan. Between seasons of Corner Gas (2004-09), Butt toured extensively as a stand-up comedian, and he continues to do so whenever his schedule permits. He created and appeared alongside Nancy Robertson in the series Hiccups (2010-11), where he played a self-styled "life coach" to Robertson's children's author with anger-management issues.

In 2012 he began production on his film project No Clue, which he calls a "comedic mystery thriller," shot in Vancouver, Squamish and Chilliwack. He co-stars with Amy Smart in the movie, directed by Carl Bessai. 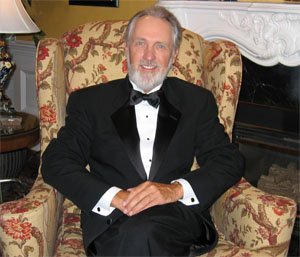