Brett Hull, "the Golden Brett," hockey player (b at Belleville, Ont 9 Aug 1964). Brett Hull was one of the most prolific goal scorers in the National Hockey League (NHL), scoring 741 times (1391 points) during 19 seasons, the third-highest total in league history, behind only Wayne Gretzky and Gordie Howe.

Hull grew up in the shadow of one of the league's greatest names; he is the son of the legendary Bobby Hull (the Golden Jet), who played for the Chicago Black Hawks and scored 610 goals in 15 NHL seasons. Together they are the highest-scoring father-son duo in NHL history.

Growing up, Brett knew he had to find his own style of play and to be his own person. His father might ask why he wasn't scoring enough goals, while his mother would just tell him to enjoy the game.

Hull did not seem to be destined for hockey stardom, though. He began his junior career in 1982 with the Penticton Knights of the British Columbia Junior Hockey League (BCHL), a step below major junior hockey. He weighed 220 lbs and his nickname was "Pickle." He played well enough, however, to win a scholarship to the University of Minnesota-Duluth in 1984.

In the 1984 NHL entry draft, Hull was not selected until the sixth round (117th overall) by the Calgary Flames. He played a few games in Calgary but more in the minors with the Moncton Golden Flames, with whom he won the International Hockey League's (IHL) rookie of the year honours for the 1986-87 season before being traded to the St. Louis Blues in 1988. It was a trade Calgary would come to regret.

It was in St. Louis that Hull would make his mark in the NHL. With the Blues, Hull scored more than 70 goals in three consecutive seasons and won the Lady Byng Trophy (1989-90). He also won the Hart Trophy as league MVP and the Lester B. Pearson Trophy (MVP as voted by the players, now known as the Ted Lindsay Trophy) for the 1990-91 season, the year he scored 86 goals. Only Gretzky has scored more in one season.

In 1998 Hull signed as a free agent with the Dallas Stars. In 1999 he scored the Stanley Cup-winning goal in triple overtime of Game 6 against the Buffalo Sabres. The goal was not without controversy, however, as Hull's skate was in the crease, contrary to NHL rules at the time.

Hull left the Stars in 2001 for the Detroit Red Wings, with whom he won a second Stanley Cup in 2002. He remained in Detroit until the NHL lockout in 2004 and finished his career with the Phoenix Coyotes but played only five games in 2005 before retiring.

Hull carried dual citizenship and decided to play for the United States in international hockey competition. He won hockey's World Cup in 1996 and played with the US in the 1998 Winter Olympics in Nagano as well as in 2002 in Salt Lake City where the US won a silver medal, losing to Canada 5-2 in the gold medal game.

In 2009, Hull joined his father in the Hockey Hall of Fame. 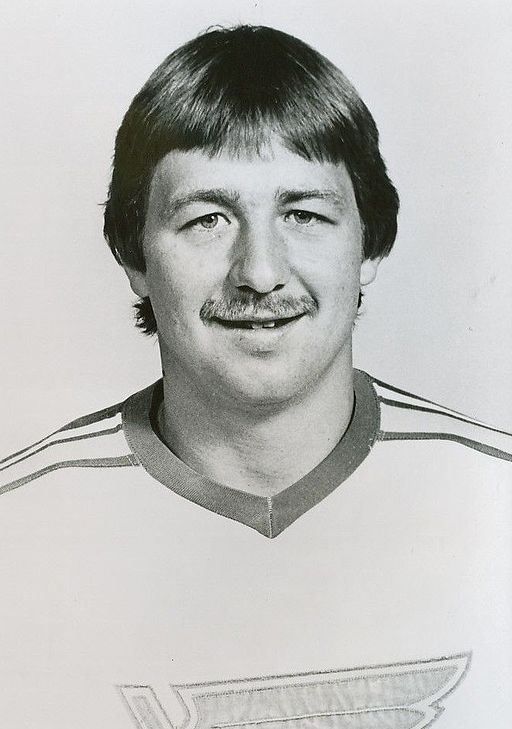