Bruce Allen. Manager, b Vancouver 19 May 1945. A major figure in the Canadian rock music industry, he began his career as a booking agent in Vancouver, establishing Bruce Allen Talent Promotions in 1972 and managing BTO 1973-8 (and again when the band reformed in 1988). Allen's management was an important factor in the success of Prism, Loverboy (co-managed with Lou Blair), and Bryan Adams. He also managed, among others, Liona Boyd, Tom Cochrane and Red Rider, Susan Jacks, Powder Blues, and Strange Advance, and co-managed (with Cliff Jones) The Payola$ and Rock and Hyde.

In 1985 he co-ordinated the recording of "Tears Are Not Enough." With Lou Blair and John Ford, he was a founder in 1987 of Penta Records (since defunct), an independent label whose roster at one time included two other Allen clients, the rock singers Raymond May and Paul Laine. Allen later branched out into country music, adding singer Martina McBride to his stable, and Anne Murray in 1995. In addition to musicians, Allen managed several Canadian Olympic and other athletes. On radio, he hosted 'Sound Off with Bruce Allen' and 'Bruce Break.'

Outspoken, abrasive, but widely respected, Allen was cited as manager of the year by Billboard magazine (USA) in 1985 and by The Record (Canada) in 1985 and 1987; he received the Walt Grealis Award at the 1987 Junos for outstanding achievement in the music industry. The Record in 1991 elected him to its Industry Hall of Fame. The lone Canadian to hold a position in Nashville's Country Music Association from 1995 to 2003, he was named the Canadian Country Music Association's manager of the year for 1996, and a recipient of the Queen's Golden Jubilee Medal. Allen was the business partner of Sam Feldman; the archival fonds of their company, A & F Music, is held by the NL of C. 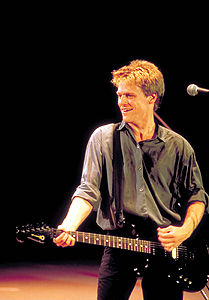