Natural History
The terrain and vegetation is varied from forests to bogs, heaths and ponds. Glaciers played an important role in the landscape of the park. Erratics are located throughout and can easily be seen along the trails. The main vegetation type is Boreal Forest dominated by black spruce and balsam fir. On the abundant barren regions, the shallow soil is usually quite acidic. The plants supported by such a soil include sheep laurel, labrador tea, rhodora (Rhododendron canadense) and blueberry. Over 200 species of birds have been recorded in the park. Mammals such as moose, beaver, chipmunk, red squirrel and snowshoe hare are common. 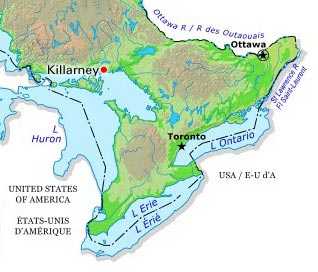