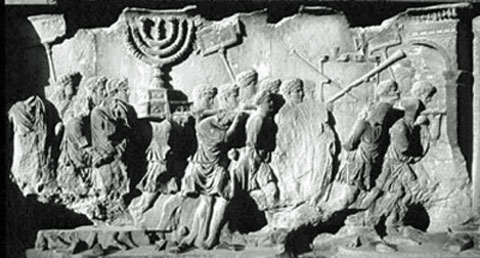 Chanukah and the Maccabbee Rebellion

Chanukah began as a commemoration of the re-dedication of Judaism's holiest site, the Second Temple in Jerusalem, after the triumph of the Maccabee rebellion in 164 BCE. The First Temple was built by Solomon around 950 BCE and destroyed by the Babylonians in 586 BCE. Judea was part of the Greek-Syrian Empire when a rebellion began in 167 BCE. By the end of 164 BCE the rebellion, led by Judah Maccabee (Judah the Hammer), was successful and for the next hundred years Judea was independent and ruled by the Hasmonean kings and their descendants.

After the rebellion, Jerusalem was retaken and the Chanukah story tells that there was only enough olive oil left to keep the temple menorah, the holy lamp, lit for one day. The menorah was supposed to stay lit at all times, however at least eight days was required to harvest and press olives for more oil. The small amount of oil in the temple lasted eight days; Chanukah commemorates the eight days through the lighting of eight candles, in an accumulating number over the eight days of Chanukah. The celebration begins on 25 Kislev on the Hebrew calendar, which means Chanukah is almost always in November or December.

While the candle holder used at Chanukah is universally called a menorah, it is actually a hanukkiyah, a candelabrum with eight candle holders in a row and a ninth set a little above the others. This last holder holds the shamash, which is used to light the other candles. A menorah used in the temple has seven branches.

In Canada, Chanukah has been celebrated since 1760 when the first Jews were allowed to immigrate. It is more a secular celebration than a religious observance and is celebrated by both religious and secular Jews. While there are some specific readings used in synagogues at Chanukah, there are no prohibited activities or dietary restrictions. 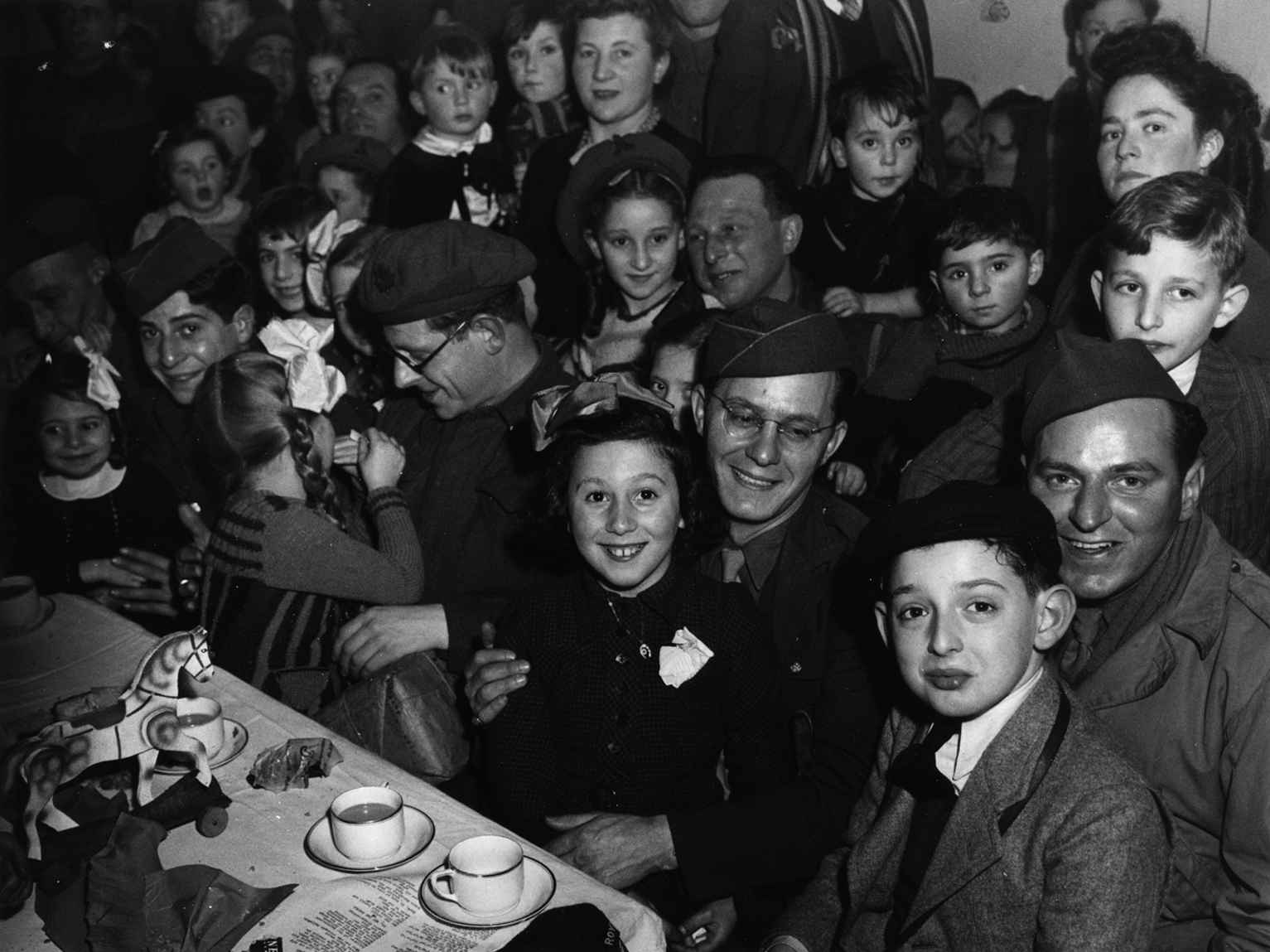 Among Canadian Jews there is a range of religious observance that depends upon the countries of origin and length of time their families have been in Canada. There are songs and stories about the rebellion and the oil that burned for eight days, and a gambling game that uses a small four-sided top called a dreidel; gifts are also exchanged (see Jewish Music and Musicians).

Like most Jewish holidays, Chanukah celebrations feature traditional foods. Ashkenazi Jews (those whose forebears came from Europe, East or West) celebrate with latkes (potato pancakes), but the Sephardic Jews from the Middle East and North Africa, whose numbers in Montréal have grown, enjoy bimuelos (fritters) and sufganiyot, which are deep-fried pastries, often stuffed with jam. 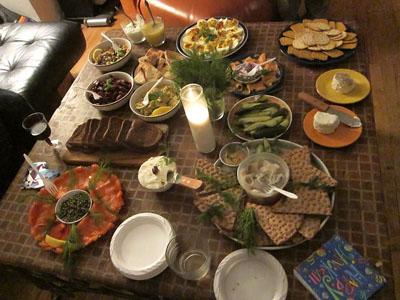 Food is a central theme of most Jewish holidays and celebrations. Jewish food traditions are not to be taken lightly. In 1946 a debate originated at the University of Chicago; the serious academic debate argued the relative merits and meanings of latkes versus hamantashen, eaten at Purim, a Jewish spring festival. The debate has been held annually since. In the early 1970s, at the Clanton Park Synagogue Purim Party in Toronto, Canada, attorneys Aaron Weinstock and Meyer Feldman - wearing their formal legal robes and wigs - debated the issue. The result was a draw.

There are hundreds of savoury or sweet latke recipes but the main ingredient is grated potatoes, with or without onion or garlic, sour cream or apple sauce. All latkes must be fried in oil, traditionally in olive oil. Chanukah takes place during the olive harvest and like many olive harvest celebrations, Chanukah food, whether Ashkenazi or Sephardic, features oil. The potato is a recent arrival to the "old world" dating back to the 16th century. There are traditions of latke-like preparations, including a very old recipe of fried cheese, which was used by Judith, a Jewish heroine, to lull an enemy to sleep and then behead him.

Chanukah in Canada is a celebration for friends and families to gather, socialize, eat, and exchange gifts. It is arguably the first non-Christian holiday that was widely and publicly celebrated in Canada, and became part of the multicultural celebrations that are accepted as part of Canadian society. However, even the most secular Jews will maintain that they have not been assimilated by a multicultural society, and that Jews share a distinct history and culture. In that sense they have maintained an unbroken link to the rebellion that gave Chanukah its inspiration. 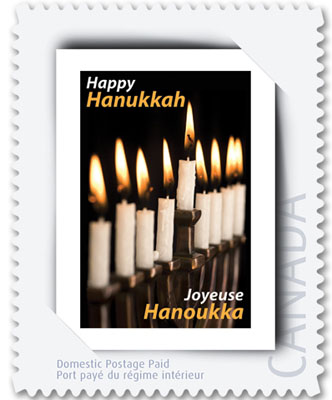 In 2011, Canada Post issued two Chanukah stamps, featuring a menorah and a dreidel.