Martin emigrated from Britain to Ontario with his family in 1928. They settled in Cooksville, now a neighbourhood of Mississauga in the Greater Toronto Area, and took up house construction and farming. Martin attended nearby Port Credit High School and worked on his family’s 60-hectare dairy farm before and after school. When his parents moved to London, Ontario, to start a new farm, Martin remained behind and worked for local farmers.

Martin joined the Queen’s Own Rifles (QOR) of Canada in Toronto in June 1940, a month after the unit was mobilized for duty in the Second World War. Service in Newfoundland followed, guarding airfields from August to November, before additional training in New Brunswick. In July 1941, Martin embarked for England with his unit, now part of 8th Infantry Brigade, 3rd Canadian Infantry Division.

The next three years were spent in intensive training, waiting to go into action. During that time, Martin was promoted to corporal in 1942 and sergeant in February 1943. He met his wife-to-be — a member of the Auxiliary Territorial Service, serving as a radar operator with Britain’s Royal Artillery — in Sussex, where he was stationed at the time. They were married on 30 October 1943.

In February 1944, Martin was promoted to warrant officer class II and appointed company sergeant-major (CSM) of A Company. At 24, he was one of the youngest CSMs in the regiment’s history.

A and B Companies of the QOR were part of the first assault wave of 3rd Canadian Division at Juno Beach on D-Day, 6 June 1944. The French seaside village of Bernières-sur-Mer was their initial objective. A thin line of assault craft — five craft per company — carried the men toward the heavily defended beaches. As Martin noted, “Ten boats stretched out over fifteen hundred yards [about 1,370 m] is not really a whole lot of assault force.”

Once the landing craft beached and their ramps dropped, heavy machine gun and mortar fire opened up on the Canadians as they raced ashore and scaled the seawall. Within minutes, several Canadians were killed or wounded, but Martin and his men carried on and captured their part of the village. When two tanks arrived to lend their support, A Company — now with 50 per cent casualties — divided into two groups and moved on to the next objective: the village of Anguerny, some 11 km inland. By early afternoon, the QOR had captured Anguerny. 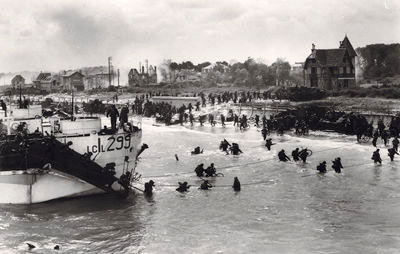 During the next 11 months, Martin advanced from the battles of Normandy, across France and Belgium and into the Netherlands. Despite being wounded four times, he remained in combat.

In November 1944, Martin was recommended for the Distinguished Conduct Medal for his “utter disregard for personal safety,” which had “upon many occasions been the means of saving lives of many of his men,” while his leadership ability was the “means for the success of many actions” undertaken by his company since D-Day. Martin later also received the Military Medal for personally leading his men “in a daring charge at the enemy” in the Hochwald Forest, Germany, on 4 March 1945 — a “magnificent example of courage, coolness in action, ability to inspire men, and devotion to duty.” (See also: Battle of the Rhineland.)

Martin’s war came to an end on 16 April 1945 near the northern Dutch town of Sneek, when he was seriously wounded. He was evacuated to Belgium, to England and eventually Canada to recover. Only three weeks after Martin was wounded, Germany surrendered and the war in Europe officially ended on 8 May, Victory-in-Europe Day. 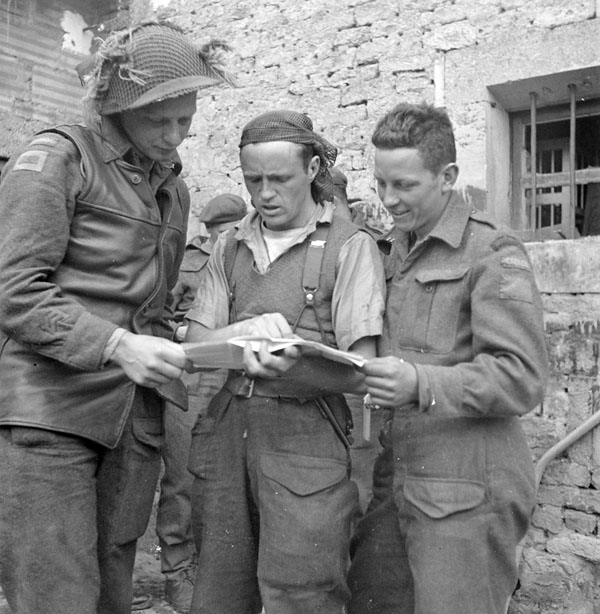 Martin returned to Canada in August 1945, to be joined by his war bride in April 1946. He started a job with the Ontario Department of Agriculture shortly afterwards and in 1949 bought a small parcel of land not far from where he grew up. He and his wife operated a post office and general store there, while he continued his government agricultural job.

Martin helped his comrades from the war and their families, and was active in his community. He served as a school trustee, a Scouts Canada leader and a Sunday school supervisor. He also raised money for the Dixie Arena and the Mississauga Hospital.

For the 50th anniversary of D-Day in 1994, Martin wrote a memoir titled Forever Young: A rifleman’s story from D-Day to the Zuider Zee, edited by Roy Whitsed. Despite its title, it only involved the Normandy Campaign, with the promise of more to come. With Whitsed’s assistance, that promise was fulfilled with the full-length book, Battle Diary: from D-Day and Normandy to the Zuider Zee and VE. In 1994, the Canadian Broadcasting Corporation produced a one-hour documentary titled Battle Diary — A Day in the Life of Charlie Martin, which combined interviews, archival film and diary excerpts to relate Martin’s experiences on D-Day.

Although ostensibly about Martin, all three memoirs go far beyond his personal story to relate several narratives by or about his comrades and others. In this way, invaluable first-hand accounts of ordinary Canadian soldiers during the Second World War have been preserved for future generations.

Martin died on 13 October 1997. In honour of his wartime service and postwar community work, Mississauga named the Charlie Martin Trail after him, a multi-use, all-season, paved trail about 1.9 km long. On the 58th anniversary of D-Day, 6 June 2002, Mississauga unveiled the Charlie Martin Memorial at St. Hilary’s Church to recognize Martin’s wartime heroism and postwar commitment as a community volunteer. 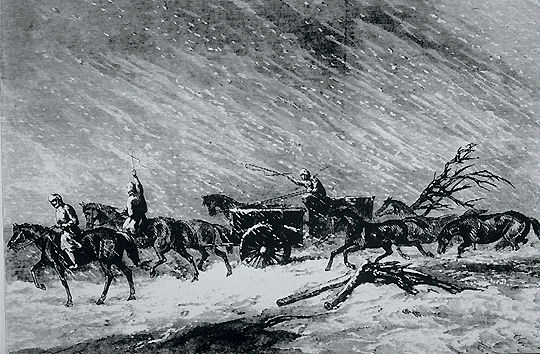