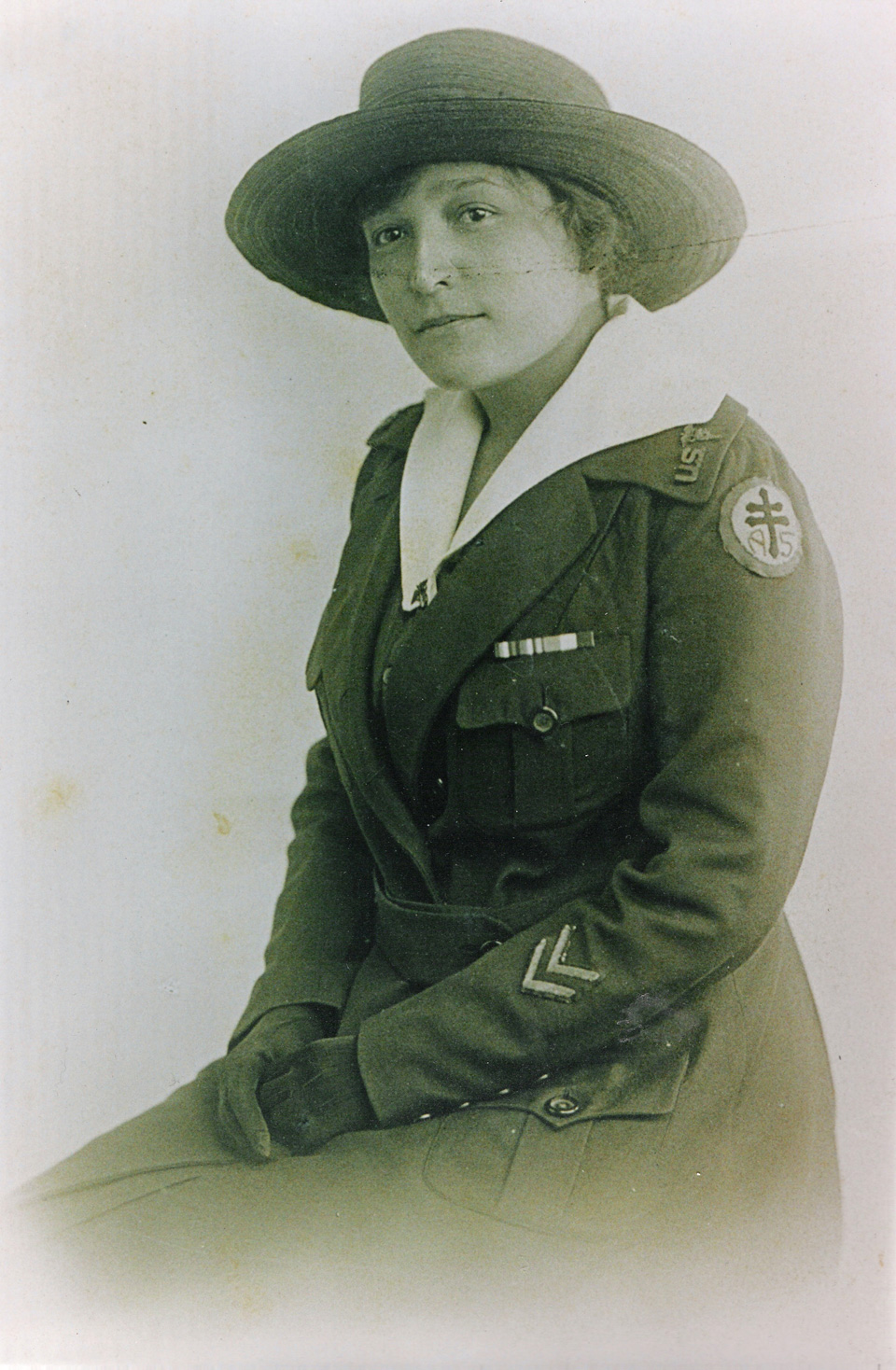 Often known as Edith Monture, she was a Mohawk First World War veteran and registered nurse. Edith was the first Indigenous woman to become a registered nurse in Canada and to gain the right to vote in a Canadian federal election.

Charlotte Edith Anderson was born and raised on the Six Nations reserve in Ohsweken near Brantford, Ontario. Of Mohawk descent, she was the youngest of eight children. (See also Haudenosaunee.) Edith attended day school on the reserve and received her high school diploma at Brantford Collegiate Institute. She was considered a gifted student. At the time, a completed high-school education for any Canadian woman, Indigenous or otherwise, was rare.

In her early twenties, Edith had no luck applying to Ontario nursing schools. Most Canadian nursing programs excluded Indigenous women; the federal Indian Act was a barrier to higher education for Indigenous people. (See also Enfranchisement.) Consequently, Edith looked to the United States, where she was accepted into New York’s New Rochelle Nursing School. She graduated first in her class and became the first Indigenous registered nurse in Canada in 1914.

Until the United States entered the First World War in 1917, Edith worked as a nurse at a private school in New Rochelle, New York. Afterward, she volunteered, at age 27, with the United States Army Nurse Corps, along with 14 other Canadian nurses. She is one of a few Indigenous women who served overseas with this Corps.

Before leaving for France, Edith returned to her Six Nations reserve. She is said to have received ceremonial Mohawk clothing as burial wear in case she died overseas. Her community did not expect her to return because so many were dying in the war.

For more than a year, Edith worked as a nurse at Base Hospital 23 in Vittel, France, treating soldiers injured in gas attacks and trench warfare. At times, she served in other medical centres in France and walked across battlegrounds looking for wounded. Her work was both emotionally draining and physically exhausting.

In her diary, she described 14-hour shifts and sorrow over the loss of a favourite patient, Earl King, who had adopted her as a big sister. The 20-year-old, shot in the neck, was expected to live, but early one morning, he started to hemorrhage. He died four hours later. Edith wrote: “My heart was broken. Cried most of the day and could not sleep.”

The grief-stricken nurse wrote to King’s mother in the United States, telling her she was with him when he died. After the war, when Edith returned to her reserve, King’s parents contacted her, inviting her to visit them in Iowa. She did. Later, after travelling to Vittel, the young man’s parents visited Edith at her home on their return trip.

In 1983, a reporter from Edith’s local newspaper, The Grand River Sachem, interviewed the veteran nurse when she was 93 years old. She recalled her shock over Earl King’s death and described her wartime nursing experiences: “We would walk right over where there had been fighting. It was an awful sight — buildings in rubble, trees burnt, spent shells all over the place, whole towns blown up.”

After the First World War, Edith continued to advocate for better Indigenous health care and in 1939, was elected honourary president of the Ohsweken Red Cross. At a hospital on the reserve, she worked as a nurse and midwife on a casual basis until 1955, when she turned 65 years old. (See also Health of Indigenous Peoples.)

Edith returned to her reserve after the First World War and married Claybran Monture. They had four children: Bud, Helen, Ron and Don. A fifth child, Gilbert, died as an infant in 1929.

Charlotte died on the Six Nations reserve in 1996, a week before her 106th birthday. She had 14 grandchildren and many great-grandchildren. She is buried in St. John’s Anglican Cemetery on the reserve.