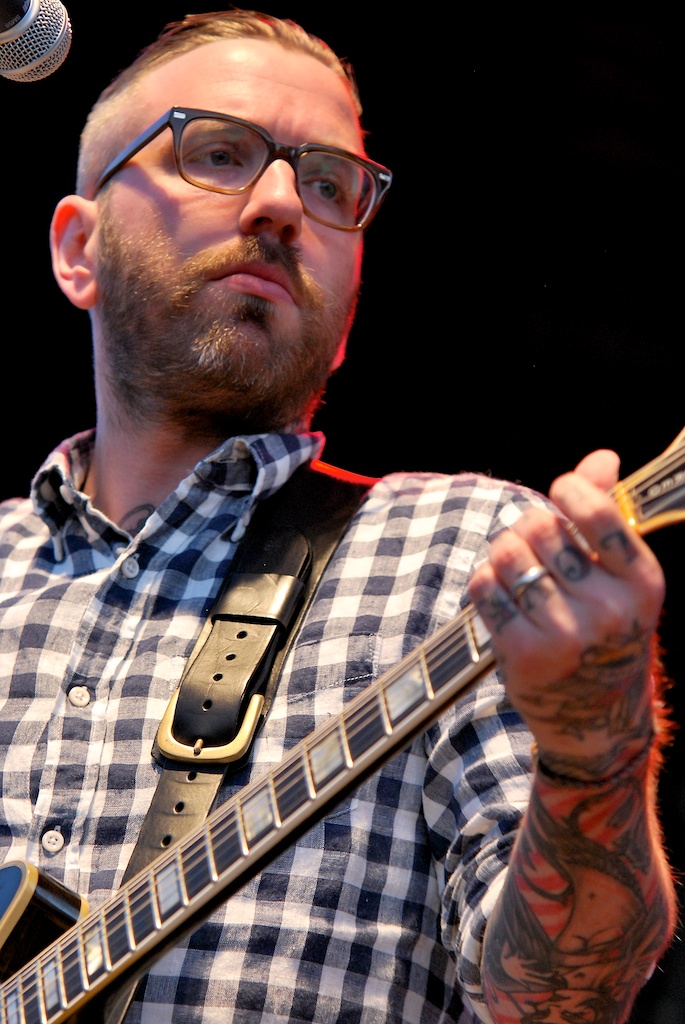 Dallas Green. Singer, songwriter, guitarist, b St Catharines, Ont, 29 Sep 1980. Dallas Green's musical training began with guitar lessons at the age of eight. He credits bands such as Alice in Chains, Mogwai and Sunny Day Real Estate with inspiring him to compose and pursue a career in music.

Green joined forces with four St. Catharines musicians in 2001 to form the Canadian "screamo" band Alexisonfire. Green played guitar, but his primary contribution was poignant, melodic vocals, which contrasted with the power-scream vocal stylings of George Pettit. AOF's second album Watch Out! (2004) won the band its first Juno Award for best new band, (2005) and in the same year the album achieved platinum certification. Its fourth album, Old Crows / Young Cardinals, was described by AOF as a "culmination of their history" and perhaps the most introspective of its records. Alexisonfire promoted the album in early 2010 during a tour of Canada and the UK. 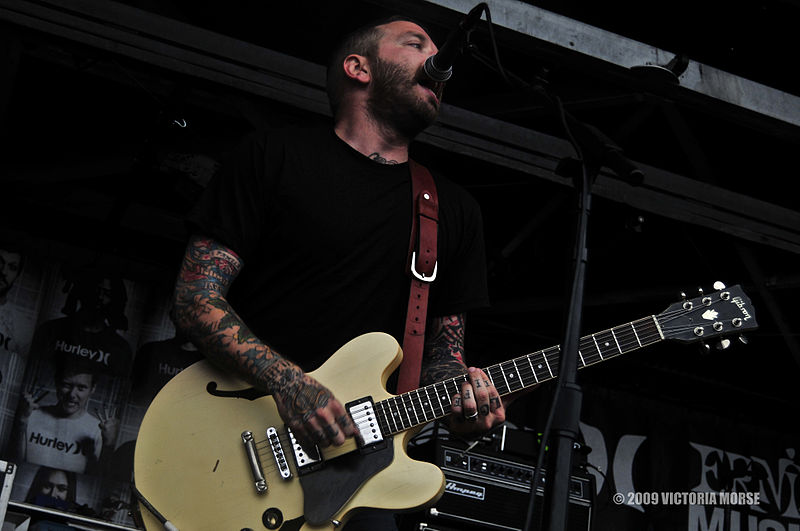 Live performance with Alexisonfire in Mansfield, Massachusetts, during the 2009 Warped Tour

In 2005, during a break from touring with AOF, Green undertook a solo side-project entitled City and Colour (referring to his first name, a City, and last name, a Colour). Often viewed as a surprising departure from the hardcore music of AOF, the soulful, acoustic tracks represented the main focus of Green's solo endeavours before joining AOF. Green has said that his first solo album, Sometimes (preceded by the release of the single "Missing" and an EP entitled The Death of Me), was a "compilation of songs I had lying around." The album gained immense recognition in Canada, attaining platinum status by 2006. On his second album, Green collaborated with The Tragically Hip's Gord Downie on the song "Sleeping Sickness." Green played a show at Massey Hall in 2008 to promote the new album. Given City and Colour's popularity in Canada, some positioned Green as the Gordon Lightfoot or Neil Young of his generation. City and Colour was one of a number of major acts to perform at the Vancouver 2010 Cultural Olympiad.

In 2011 Alexisonfire disbanded when two of its members decided to pursue other musical projects, including Green, who chose to focus solely on City and Colour.