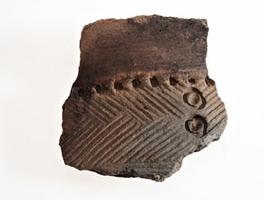 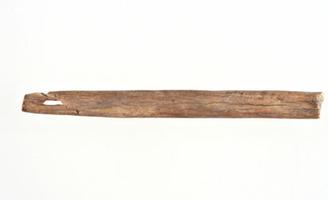 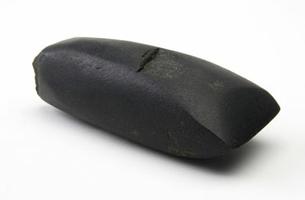 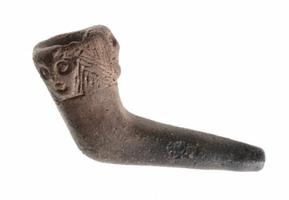 Iroquoian decorated clay pipe found at the Dawson site in Montréal. The pipe has been carbon dated to 1475-1525 AD (courtesy McCord Museum, M4243). 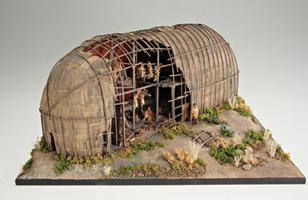 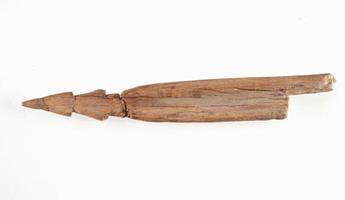 The Dawson site is an ancient Iroquoian village located on the Island of Montréal, next to Mount Royal. The site, which was initially located on a sand dune, covers about two acres. It was discovered unexpectedly in 1859, by workers who were excavating the ground at the corner of Metcalfe Street and Maisonneuve Boulevard. On this occasion, several human bone fragments were unearthed as well as pottery and evidence of settlement, such as remnants of longhouse posts and charcoal circles marking the location of cooking fires in the longhouses. However, a significant portion of the deposit had been previously excavated for its sand, which was used as land fill in various urban works. Therefore, much archaeological evidence had already been lost or destroyed.

Subsequently, what remained of the Dawson site was briefly investigated by John William Dawson, then Director at McGill College (now McGill University), during one of the first projects aimed at preserving Canada's archaeological heritage. Besides pottery items, which mostly consisted of ceramic vases and pipes, Dawson discovered many bone tools including punches and harpoons, stone tools such as axes and grindstones, as well as the bones of several mammals including bear, beaver and white-tailed deer. A few faunal remains belonging to various fish species, such as sturgeon and catfish, also figured in the assemblage. Cultivated plant fragments included those of corn, beans and squash, and the remains of cherries and wild plums.

Since most of the artifacts were collected based on their value as collectors' items, those that were not decorated or were too fragmented were largely ignored. As a result, the assemblage does not accurately reflect the entire lifestyle of the ancient village's inhabitants, and it differs from what is usually collected when Iroquoian villages are excavated according to the rules of the art.

The occupation of the Dawson site probably goes back to the early 16th century, between 1500 and 1550 AD. The pottery from this site bears the same stylistic signature as that of the Mandeville Site, another Iroquoian village site located further down the St Lawrence River, in Tracy. A similar decoration style was also found on ceramic vessels from the Place Royale in Old Montréal.

The typological analysis (see dating in archaeology) of the pottery found at the Dawson Site suggests a clear affiliation with the St Lawrence Iroquoians, a group of sedentary farmers who occupied the St Lawrence River Valley between the 13th and 15th centuries AD. Several villages associated with this cultural group were found in the hinterland areas along the river route between Cornwall and Québec, including the Droulers-Tsiionhiakwatha, Mcdonald,Mailhot-Curran, Lanoraie and Mandeville sites.

The Dawson Site and the Village of Hochelaga

It was long thought that the Dawson site was the famous village of Hochelaga, discovered by Jacques Cartier during his second trip to Québec (1535-36). According to Cartier's narratives, there were at the time about 50 houses in the village, which probably sheltered a population of around 1500 individuals. Although the Dawson site seems to be contemporary with the village of Hochelaga, however, it is not large enough to have encompassed a village such as described by the French explorer.

Moreover, the few metal objects found during the investigation of the Dawson site contrast with the description Cartier made during his visit to Hochelaga. Indeed, he mentioned that several metal objects were given to the people, including axes to the dignitaries, knives to the men, rosaries and other small items to the women, and rings and pewter medals to the children. Thus, for now the mystery remains, although everything seems to indicate that the Dawson site was a small village contemporary with Hochelaga, rather than the important settlement visited by Cartier.