Dominion Drama Festival (1932-39, 1947-78) was a co-lingual amateur theatre competition that bridged the 1930s collapse of foreign touring and the postwar emergence of Canada's professional Theatre. On 29 Oct 1932, 60 theatre representatives gathered in Rideau Hall to hear Gov Gen Bessborough's brainchild and vote the DDF into existence. Regional winners came together for an annual week-long spring festival where a British or French adjudicator awarded trophies for acting, design, direction, original writing and best production. The first 5 festivals (Apr 1933-37) were held in Ottawa, after which they rotated among different cities.

During the Depression and beyond, the DDF served as Canada's national theatre, fostering the writing of original plays and providing coast-to-coast training for hundreds of career-oriented actors, directors and technicians. Through the inspiration of its often distinguished European adjudicators, the DDF achieved remarkable standards, and attracted loyal and fashionable audiences. However, it was accused of perpetuating elitist and colonial values. During WWII the DDF was shelved and many felt it was this break in continuity that triggered the eventual downfall of the organization. The Second World War is generally considered the watershed between the amateur and professional theatre in Canada.

At first only one-act plays were presented, but by 1950 the DDF had been transformed into a full-length play festival. Recurring financial problems necessitated the controversial patronage of Calvert's Distillers (1952-60) and the Canadian Assn of Broadcasters (1961-65), which in turn allowed an Ottawa office and the hiring of a permanent director. From 1960 Canadians were engaged to adjudicate preliminary runoffs and, after 1965, the finals as well.

Centennial year was celebrated with an all-Canadian festival (62 plays, 29 premieres) at a time when few Canadian plays were seen. But deficits loomed in 1969 and 1970, and the Amateurs of Québec formed a splinter association (ACTA) which became AQJT (the Association Québécoise du Jeune Théâtre, 1972-86). The DDF changed its name to Theatre Canada (May 1970) and sponsored 2 non-competitive "Showcase" festivals 1971 and 1972. However, these fringe-like innovations were cancelled in 1973 for financial reasons, the same year the DDF's wry history, Betty Lee's Love and Whisky, was published. By 1978 the Ottawa office had closed. 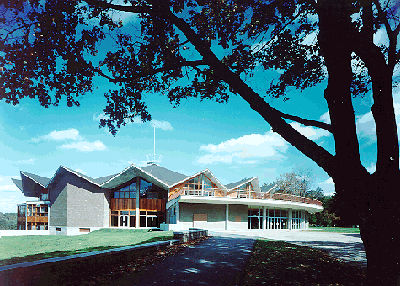