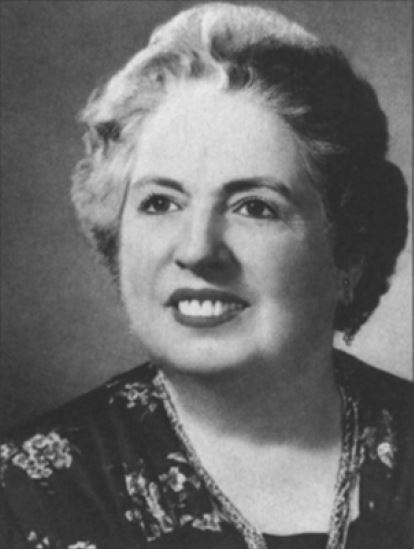 Dorothea Palmer was born in England in 1908. She received some nursing training before immigrating to Canada around 1927. By 1936, Palmer was living in Ottawa, where she and her husband, Gordon Ferguson, owned and operated a bookstore.

Birth control was criminalized in Canada under the 1892 Criminal Code, but during the 1930s, the birth control movement gained popularity. Businessman and philanthropist Alvin R. Kaufman established the Parents’ Information Bureau (PIB) to inform the public about birth control. Kaufman’s interest in the birth control movement arose from a desire to help poor, large families, many of whom worked for him, but was also linked to his involvement in the eugenics movement. A member of the Eugenics Society of Canada, Kaufman believed that contraceptives and sterilization could control the population of the working class, whom he viewed as “unintelligent” and prone to producing “feeble-minded” children (see Eugenics in Canada). At his rubber factory in Kitchener, Ontario, Kaufman produced contraceptives and also offered sterilization procedures. By 1936, the PIB employed about 50 women to distribute information in poor, working-class communities.

Dorothea Palmer’s interest in the birth control movement stemmed from the poverty and overpopulation she witnessed in England and Ottawa and she believed that poor women deserved access to information. Palmer worked for the PIB in Eastview (now Vanier), a working-class neighbourhood in Ottawa that was predominately Roman Catholic and French Canadian.

Palmer made house calls to women to demonstrate and distribute birth control materials. If interested, women requested a birth control kit consisting of contraceptive samples, a price list and information pamphlets. During her six months with the PIB, Palmer visited at least 100 women in Eastview, most of whom she found to be receptive to her work.

Following a complaint, Dorothea Palmer was arrested in Eastview on 14 September 1936 for distributing birth control materials. She was charged under section 207 (c) of the Criminal Code, which held a maximum prison sentence of two years. When arrested, Palmer told the police: “A woman should be master of her own body. She should be the one to say if she wants to become a mother.”

At the police station, Palmer telephoned Alvin Kaufman, who arranged for a lawyer to post her $500 bail and defend her. When the police realized that Palmer worked for a larger organization, they offered to drop the charges, but Kaufman was eager for the case to go to trial. He wanted to test the “escape” clause of section 207, in which a person couldn’t be convicted of distributing birth control materials if their work was proven to be for the public good.

Dorothea Palmer’s trial began in Eastview on 21 October 1936. During the trial, Palmer used her maiden name because her husband disapproved of her work. She chose to have a trial by magistrate rather than by jury. Originally charged on three counts, the trial proceeded on only one: advertising birth control.

The purpose of the trial was to determine Palmer’s motivation in advertising birth control. The Crown argued that the presence of a price list in the birth control kits was proof of commercial motivations. The defence’s case rested on proving that Palmer’s actions were for the public good, largely because one quarter of Eastview residents at this time during the Great Depression were on welfare and many already had large families.

Numerous expert witnesses were called for the case and 21 of the women whom Palmer had visited in Eastview testified, with most of them supporting her. Religion was a central topic of the trial, with leaders of various faiths being called as expert witnesses. It also raised points about eugenics, which was closely linked with the birth control movement at that time, and racism, because Eastview was predominately French Canadian. Other topics included sex, medicine, morality, economics, sociology and psychiatry. The trial stretched over six months, with closing arguments occurring in February 1937.

During the trial, Palmer had to report on bail every week. As the case was heavily publicized, she was subject to abuse and harassment. Her husband and his family, many of her friends, and her church disapproved of her work, but Palmer felt that she had the support of most of the Eastview community.

On 17 March 1937, Magistrate Lester Clayton ruled that Dorothea Palmer had acted in the public good when advertising birth control, citing the social conditions of Eastview. Magistrate Clayton dismissed the charge against her. The Crown filed an appeal shortly after, but it was dismissed.

Palmer’s trial was the first test of the public good clause on birth control work in Canada. Palmer was the last person to be prosecuted for advertising birth control in Canada. Her victory acknowledged that women had the right to birth control, although it would be decades before the law caught up; birth control was not legalized until 1969. Palmer’s case resulted in greater public acceptance of the movement and publicized the presence of social workers as a resource for Canadians interested in learning more about and accessing birth control. In June 1937, just months after the landmark ruling, the first public discussion about birth control occurred in the Canadian medical community.

Following the trial, Dorothea Palmer left the PIB, feeling that she had done her work for the cause. To protect themselves from further harassment, she and her husband moved to Toronto and Palmer went by her married name, Ferguson. They later moved to a different part of Ottawa, where she worked at a florist shop. The couple had one child, Janet, born a few years after the trial. In later life, Palmer rarely discussed her work with the PIB or her case.

After living a quiet life for decades, Palmer spoke publicly about her involvement in the birth control movement in 1978. She reflected that she would do it all again because she strongly believed in the cause. Palmer passed away in Ottawa on 5 November 1992.