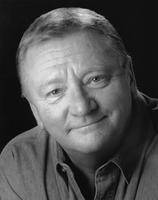 Douglas Thomas Chamberlain, actor (born at Toronto, Ont 21 Nov 1933). An engaging and versatile character actor whose career has ranged from classical theatre to light opera, Douglas Chamberlain is best known for his musical theatre roles - particularly the Gilbert and Sullivan operettas directed by Brian MACDONALD at the STRATFORD FESTIVAL in the 1980s and early 1990s.

Chamberlain was studying radio and TV arts at Ryerson Polytechnical Institute when he was chosen for a major role in a CBC television series, In Person. Encouraged by this early success, he made a brief and unsuccessful foray to New York before being cast in the touring company of the 1957 revue My Fur Lady. A subsequent revue, Up Tempo, was presented at a supper club in Montréal, where Chamberlain and his fellow cast members fought to secure the first Equity contracts ever granted to dinner-theatre performers in Canada.

Roles at Toronto's CREST THEATRE and in 3 Spring Thaw revues were followed by 2 seasons at the Stratford Festival, where he appeared in Coriolanus and Henry VIII in 1961 and in The Gondoliers the following year. Chamberlain then divided his time between England, where he worked in radio and television, and Canada, where he appeared in VANCOUVER PLAYHOUSE THEATRE's opening season in 1963, before becoming a regular performer at the CHARLOTTETOWN FESTIVAL. His 14 seasons there encompassed roles in more than a dozen musicals, from Jack McLaren in The Dumbbells to Matthew in Anne of Green Gables; he took part in 3 tours of the latter, including 1 to Japan. He also went to Edmonton in 1973 for John NEVILLE’s debut season as artistic director of the CITADEL THEATRE.

Douglas Chamberlain returned to Stratford in 1975, Robin PHILLIPS's first season as artistic director, and again in 1983, when, with a nod to the cross-dressing tradition of British pantomime, Brian Macdonald cast him as the Duchess of Plaza-Toro - opposite his old friend Eric DONKIN as the Duke - in a new production of The Gondoliers. He reprised the role the following season, as well as playing Earl Tolloller in Iolanthe, and scored a third Gilbert and Sullivan hit in 1985 as Major-General Stanley in The Pirates of Penzance. He appeared in several operettas with the CANADIAN OPERA COMPANY, including The Merry Widow and La Belle Hélène (repeating his role in the latter in a Washington National Opera production at the Kennedy Center); spent a season at the SHAW FESTIVAL in 1986; and in 1989 played Harrison Sturgess in the musical adaptation of Gordon PINSENT’s A Gift to Last at the NATIONAL ARTS CENTRE.

Abandoning the stage not long afterwards for reasons of health, Chamberlain briefly ran a bed and breakfast establishment in Stratford; however, he was soon able to resume his acting career, performing at RAINBOW STAGE in Winnipeg, at Theatre Aquarius in Hamilton and again at Stratford, where his roles included Feste in Twelfth Night, Arvide Abernathy in Guys and Dolls, Sir Joseph Porter in HMS Pinafore, Lord Brockhurst in The Boy Friend, Old Gobbo in The Merchant of Venice, Merlyn in Camelot and Father Time in The Winter’s Tale. After appearing in the musical Swingstep in Myrtle Beach, SC, and at the Ford Centre in Toronto in 1999, he spent 3 more seasons at Stratford, with roles in The Sound of Music, The Merchant of Venice and Inherit the Wind in 2001, and Gigi and The Hunchback of Notre Dame in 2003.

In his last Stratford season, 2004, he again played Arvide Abernathy in Guys and Dolls, as well as Elisha Whitney in Anything Goes. In 2009, after portraying both Sowerberry and Dr. Grimwig in Oliver! at the Huron Country Playhouse in Grand Bend, Douglas Chamberlain retired from a career that had spanned more than 50 years. He has made only occasional appearances since then, including a single performance as Sir Joseph Porter in a concert version of HMS Pinafore presented by the Stratford Symphony Orchestra in November 2011.