The École Nationale de l'Humour (Québec comedy school) was founded by Gilbert Rozon in 1988. Responding to Québec audiences’ enthusiasm for the comedy shows that he had presented at Montréal’s Just for Laughs Festival, Rozon decided to meet the needs of new comedians who had no school where they could learn how to make people laugh. The school’s executive director since its founding has been Louise Richer.

It was not until 1992 that the École Nationale de l'Humour (ENH) secured recognition for its first professional training program, in comedy writing and performance, from Québec’s Ministry of Education, thus institutionalizing the comedy profession in Québec. Some years later, the school established a second program, for professional comedy writers. Both programs lead to a Québec Attestation of College Studies certificate. The courses are taught by professional comedians and comedy writers who emphasize practical application of content and offer individualized supervision for students.

The ENH also offers preparatory workshops and evening courses for people who want to study comedy out of personal interest but not for a diploma. In addition, the school provides professional development courses for working comedians and customized courses for businesses interested in applying comedy as an innovative approach to corporate management.

In 1993, the ENH cut its ties with the Just for Laughs organization and became fully independent. Its first board of directors included Gilbert Rozon, who remains its chair, as well as Louise Richer, then and now the school’s executive director. The board also includes representatives of various media and the world of business, along with artists and representatives of the cultural and advertising industries.

Over the years, as technology has changed, and opportunities in the working world have become more and more varied, and comedy itself has evolved, the ENH has had to adapt the content of its programs. But it remains one of a kind. It provides comedy training that excludes racism, sexism, and vulgarity and enables budding comedians to fully develop their ability to make people laugh.

Over the years, the ENH has graduated over 400 comedians and comedy writers and has received numerous awards. In 2003, on its 15th anniversary, the school received the Special Olivier of the Year Award from the APIH, Québec’s association of comedy professionals. In 2004, the ENH received an Award of Excellence from the Ordre des architectes du Québec, Québec’s regulatory body for the architecture profession, for the remarkable interior design of the school’s new facilities. For the magnificent Québec-wide tour by its graduates in 2006, the school received a Special Mention in the Revelation of the Year category from the Just for Laughs Festival.

The school’s executive director and director of instruction, Louise Richer, received a Recognition Award from the University of Québec at Montréal Faculty of the Humanities in 2010 for the exceptional quality of her professional career.

Over the years, graduates of the École Nationale de l'Humour have been very frequent recipients of various prestigious awards, including the Artis, Jutra, Gemini and Olivier awards. The various training programs provided by the ENH have changed the face of humour in Québec. The school’s fame extends beyond Québec’s borders and has established Québec as a source of uncommon expertise in the field of comedy. 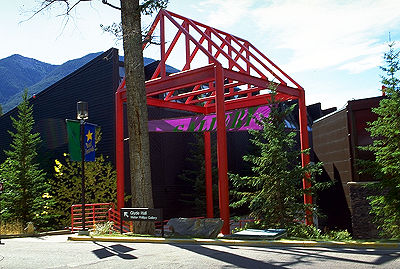