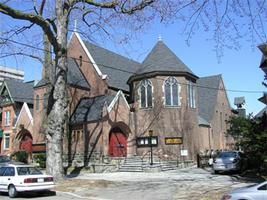 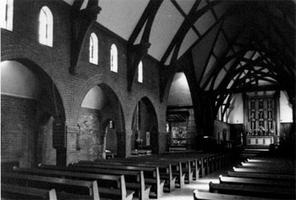 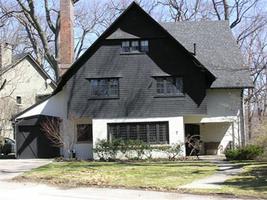 Eden Smith was the first architect to introduce the principles of the arts and crafts movement to Canadian architecture (courtesy Doug Brown).
PreviousNext

Eden Smith, architect (b at Birmingham, Eng 20 June 1859; d at Guelph, Ont 10 Oct 1949). Eden Smith was the first architect to introduce the principles of the Arts and Crafts movement to Canadian Architecture and a leading voice in the Architectural Eighteen Club, a group deeply committed to architecture as an art rather than as a legislated profession.

The son of a builder, while pursuing art and architectural studies in Birmingham, Smith became familiar with Arts and Crafts ideals by association with the William Morris circle. He immigrated to Canada with his young family in 1885 and following a brief and unsuccessful stint homesteading near Minnedosa, Man, moved to Toronto in 1887, where he worked for the architectural firm Strickland & Symons as a draftsman. Following completion of his apprenticeship, in 1891 he opened his own architectural office, where he designed a large number of houses, churches, and public buildings (after 1906 in partnerships with one or other of his two sons) before retiring in 1920.

An architect with an uncommon sensitivity to materials and siting, Smith's early buildings were typically constructed of brick and featured a rigorous yet pleasing sense of order in their design. Later he sometimes followed the lead of English Arts and Crafts architect and educator W. R. Lethaby in the use of more modern materials such as poured concrete and hollow clay tiles faced with roughcast. A meticulous and sure draftsman, Smith regarded drawings as simply a tool to communicate with builders. He ran a small office yet was able to turn out jobs to tender in as few as 10 days following approval of sketches by clients. He frequently had many jobs going simultaneously; in 1900, for example, the Canadian Architect and Builder devoted a two-page spread to houses he had recently designed.

Smith's houses were progressive and innovative in terms of plan. Although externally they often displayed the massing and general appearance of the English rural vernacular, earning them the nickname "English Cottage Style," internally they were highly original with free-flowing open plans, built-in cupboards, verandas, side entrances, and irregular central halls shaped by the size and optimal layout of the surrounding rooms. Where possible, houses were planned and oriented to take best advantage of the site and the natural light. Unlike many late 19th-century styles and post-World War I Tudor revivals, there was minimal use of picturesque detail. Rather, Smith followed the early Gothic revivalist A.W.N. Pugin and his followers within the Gothic Revival and the Arts and Crafts movement in espousing the "beauty of function," giving rise to houses that were designed from the inside out and generally asymmetrical, with window patterns that reflected the internal layout, and sometimes "hidden" entrances at the side facing a garden.

The Journal of the Royal Architectural Institute of Canada observed, in its 1950 obituary for Smith, that his houses were "freed from the current conventions of house planning and presented a 'new look'." Smith combined front and rear parlours into one large living room, eliminated fences, and sometimes moved his kitchens to the front of the house while moving living quarters to the rear, where they were often extended by means of a large terrace. Interior photographs often show simple Arts and Crafts-inspired detailing, such as wainscoting, dark beams and inglenooks. Some of his buildings were so unusual for their time that sightseeing buses were deliberately routed past them, especially the "turnaround houses" with the service quarters toward the street. This tendency toward originality and functionality is implied in the motto Smith adopted for himself: "Individuality in simplicity."

In addition to many single-family houses, in 1913 Smith designed two low-rise, low-cost apartment complexes: Spruce Court at Spruce and Sumach streets (with additions in 1926 by Mathers and Haldenby), and Riverdale Courts at Bain and Logan avenues (with additions in 1924 by F. H. Marani), both for the Toronto Housing Company. The latter were graced with courtyard plans and followed the Garden City precepts of Ebenezer Howard. Designed for lower-income people but built with the support of enlightened philanthropists, the Courts are considered Toronto's first experiment in social housing. Both complexes were later converted to co-operatives, and are now managed by boards of governors made up of elected residents.

Other notable buildings Smith designed in Toronto include numbers 5, 7, 16, and 49 Wychwood Park (he lived at 5 Wychwood from 1906 to 1919); St John the Evangelist Anglican Church (1892, now demolished); St Thomas Anglican Church (1892), known for its simple atmospheric interior and extensive brickwork; and the large stone Grace Church on the Hill (1912). Although the latter is late Gothic Revival, the rectory at 352 Russell Hill Road immediately to the north is pure Arts and Crafts. In 1912 he designed a house for Group of Seven painter Lawren Harris (18 Clarendon Avenue, recently restored); and in 1913 he designed the famous Studio Building commissioned by Lawren Harris and Dr. James McCallum, and used by future members of the Group of Seven. Smith also designed several public libraries in the Arts and Crafts manner, including the Wychwood, Beaches and High Park branches, all of which opened in 1916. They were the first libraries in Toronto designed to permit public access to the stacks.

The documented designs for which Smith was responsible accord him a role as one of the most original and artistic architects working in Toronto in the last decade of the 19th century and the first two decades of the 20th. Historically he should be seen as a reformer with a mission to improve house design in Ontario by introducing progressive British Arts and Crafts principles and original concepts to the Toronto architectural scene. In the process he developed a unique Arts and Crafts house especially suited to the particular environmental, climatic and social conditions of Toronto and southern Ontario - a direction that influenced domestic architecture in the province over the next quarter-century and provided some of the groundwork for later 20th-century housing design.