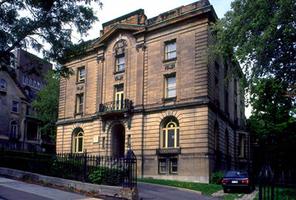 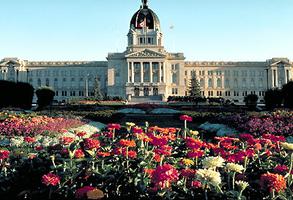 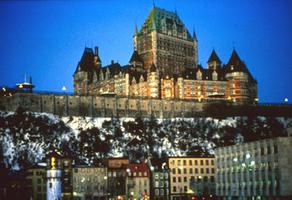 Edward Maxwell, architect (b at Montréal 31 Dec 1867; d there 14 Nov 1923). He apprenticed in Boston with Shepley, Rutan & Coolidge, who won a competition (1891) for the new Montréal Board of Trade. Maxwell returned to Montréal to supervise construction, and the contacts he made with prominent members of the Board of Trade helped to assure his success. In 1892 jeweller Henry BIRKS hired him to design a new store facing Phillips Square - now one of the city's architectural ornaments. Maxwell also designed numerous CPR stations and hotels, including the major western terminal at Vancouver (1897). The country estate planned for Louis-Joseph FORGET at Senneville, Québec (1899), is a fine example of his residential work.

His younger brother William Sutherland Maxwell (b at Montréal 14 Nov 1874; d there 25 Mar 1952) became his partner in 1902. William had studied at the École des beaux-arts in Paris, and the beaux-arts style is reflected in the design and planning of the Maxwells' buildings at this time, eg, in the Royal Bank branch at WESTMOUNT (1903) and the CPR station at Winnipeg (1904). Their grandest and most memorable works - the SASKATCHEWAN LEGISLATIVE BUILDING at Regina (1908-11) and the Montreal Art Association Gallery (1911; now the Musée des beaux-arts de Montréal) - display a skill at planning and composition that ranks with the best beaux-arts designs of the period. Their final achievement was the St-Louis wing and tower block of the Château Frontenac Hotel at Québec City, which was completed in 1924, a year after Edward's death.

Although William continued to practise, his work consisted mainly of additions and alterations to buildings designed earlier by the firm. Without the support of his brother, he seemed unable to revive the high level of creativity that had kept their office at the front rank of the architectural profession in Canada.