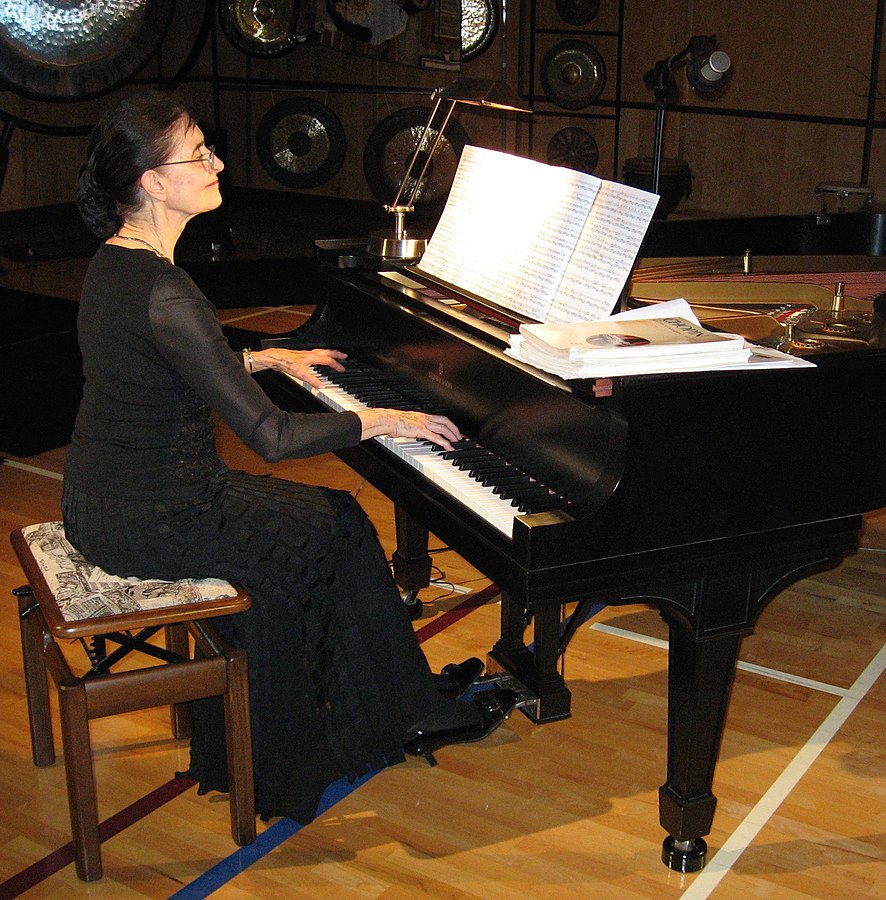 Elaine Keillor studied piano as a child under her mother, Lenore Stevens Keillor. She then studied intermittently with Reginald Bedford, Claudio Arrau (master classes in Stratford, Ontario, in 1956) and Harold Craxton (in London, England, likely in 1959 and 1962). A child prodigy, Keillor won prizes at a Kiwanis Festival and Stratford Music Festival at the age of five (see also Music In Stratford). At age 11, she became the youngest ARCT (Associate of the Royal Conservatory of Music, Toronto) graduate in the history of the Royal Conservatory of Music — a record that stood until 2013. Also at age 11, she began her professional career as a recital and concert pianist. She also worked intermittently as a church organist from 1953 until the 1970s.

In 1958, Keillor won the Chappell Medal, awarded by the Chappell music publishing house to an outstanding young pianist in the Commonwealth.

Keillor performed with orchestras in Southern Ontario and Buffalo, playing concertos by Bach, Schumann, Rachmaninoff, Tchaikovsky and others. She toured coast-to-coast in Canada in 1959 and 1960, giving more than 100 recitals. In the late 1950s and early 1960s, she gave solo recitals and performed as soloist with orchestras in the United States, the Soviet Union, Germany and elsewhere in Europe. She also performed on CBC and NBC radio and television.

After suffering a hand injury, Keillor was advised to suspend performing and touring. She then pursued studies in musicology, eventually resuming her performance career in conjunction with an academic career. After the 1970s, Keillor gave solo recitals, most often in Ottawa and Toronto, but also in Québec City, Montréal and Winnipeg. Notably, she gave a solo recital at Carnegie Hall in 1983. She has been an active chamber musician as well, giving duo performances with the pianist Christina Petrowska Quilico and performing with various chamber music groups and individual musicians.

Keillor has performed for such occasions as the Year of Indigenous Peoples (1993), the Ottawa Chamber Music Festival, the Festival of Music by Women (2002) and the International Piano Conference (Ottawa, 2010). She has also occasionally demonstrated period keyboard instruments (harpsichord, fortepiano and early pianoforte).

Keillor was described by music critic Charles Pope as “finely skilled and genuinely dedicated… a pianist of warmth and brilliance.” She also sings with the acclaimed Ottawa Bach Choir.

Career as Musicologist and Teacher

Elaine Keillor was a council member of the American Musicological Society from 1992 to 1996 and the Society for Ethnomusicology from 1995 to 1997. She was also a representative for the Canadian University Music Society from 1994 to 1999. She became chair of the Canadian Musical Heritage Society in 2000, served on the editorial boards of the Journal of the Canadian Folk Music Society (2004–10) and MUSICultures, and was a representative of the Humanities and Social Sciences Federation of Canada (now the Federation for the Humanities and Social Sciences) from 1994 to 1999, and in 2003.